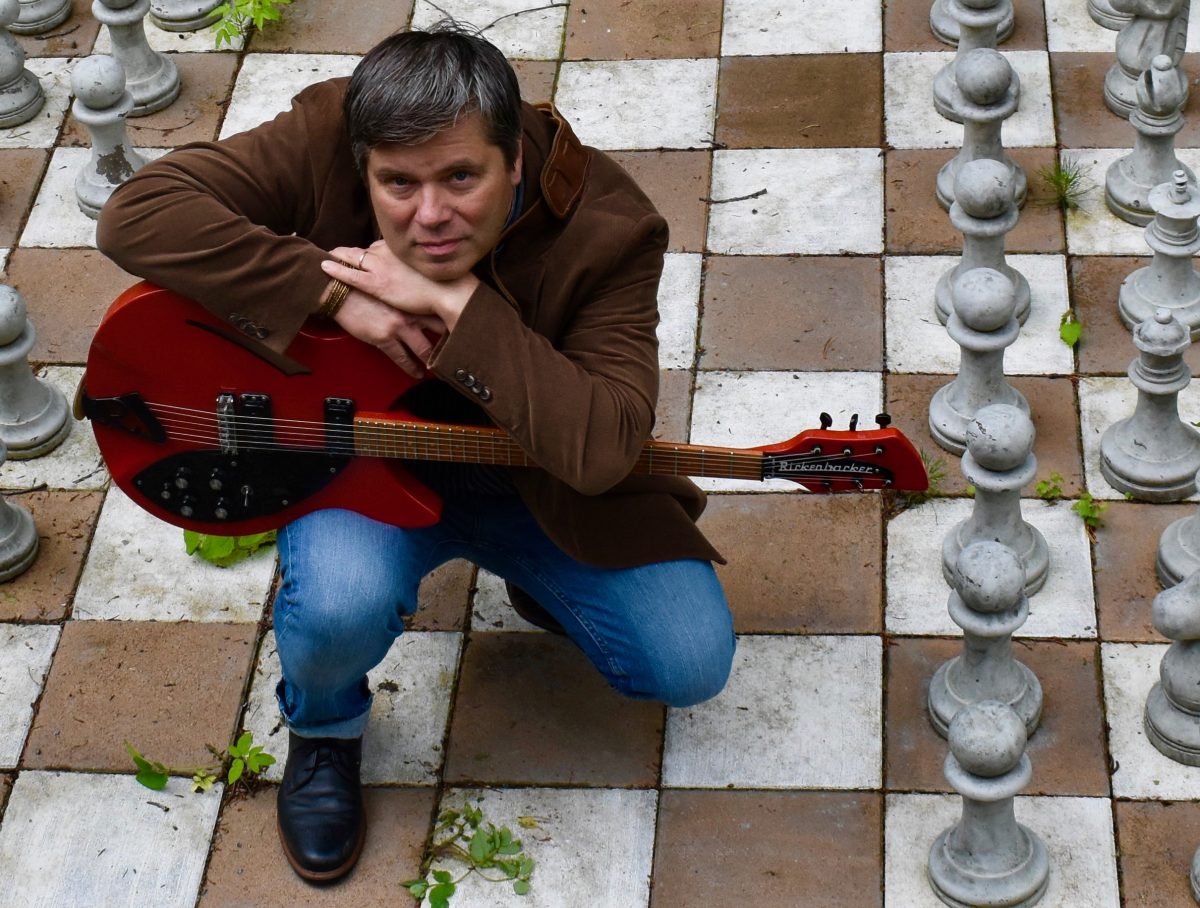 Heart-melting harmonies aren’t as common in rock music as they used to be, but this isn’t enough to deter Tom Tikka & The Missing Hubcaps from making them the bedrock of their new record Insane, out now wherever quality indie pop/rock is sold and streamed. Insane, as its title would imply, isn’t your typical pop/rock record. It’s got a heavy alternative edge, but not in the punkish style that you might assume. With pop hooks in “Sweet Sugar” and “Good Ol’ Stupid Me,” brutish melodies in “Driving Me Insane” and “Summer Means New Love,” as well as a curt sense of self-awareness in “Dismal Day” along for the ride, this record invites us into the world of Tom Tikka & The Missing Hubcaps for what is definitely an unforgettable 17 minute masterpiece.

Tikka fully-utilizes the rhythm in the percussion we hear in “Driving Me Insane” and “Summer Means New Love” to emphasize the passion in his voice, but I don’t know that he can be accused of leaning on The Missing Hubcaps more often than he places himself at the helm of the harmonies. He’s firmly in control as we transition from verses into brooding refrains, and in every stitch of material here, he makes it known to us through his delivery that this isn’t a project he wants the audience to consider his and his alone. There’s a desire to be engrained with the band while directing what they’re going to play, and his leadership absolutely impacts the swaggering undertow of the melodies here.

As much as Tom Tikka is the main star of the show, it’s the chemistry between him and The Missing Hubcaps in “Good Ol’ Stupid Me” that pushes us to the edge of our seats from the jump in Insane. “Dismal Day” is his lone moment occupying the stage almost all by himself, and though it’s the perfect capper to the tracklist, it doesn’t feel like the most persona-defining moment this EP has to offer us. I haven’t completely decided what to make of the larger narrative that the lyrics and music forge here, but I do know this much – with every listening session I spend with Tom Tikka & The Missing Hubcaps’ new record, I walk away feeling something different than I did the previous time (though just as inspirational in spirt, I should add).

Insane is short, simple and exactly what a lot of neglected pop/rock fans have been in need of this summer, and even if it falls short of rocking us for the complete length of a studio album, it gives us a pretty good idea as to what we should be anticipating out this band’s future output. There are too many critics suggesting that rock n’ roll is dead in 2020, but for every one of those critics, there seems to be a dash of melodic ribbonry in this record to make their argument entirely mute. Tom Tikka & The Missing Hubcaps belong on your watch-list, and once you’ve heard Insane yourself, I know you’re going to agree.