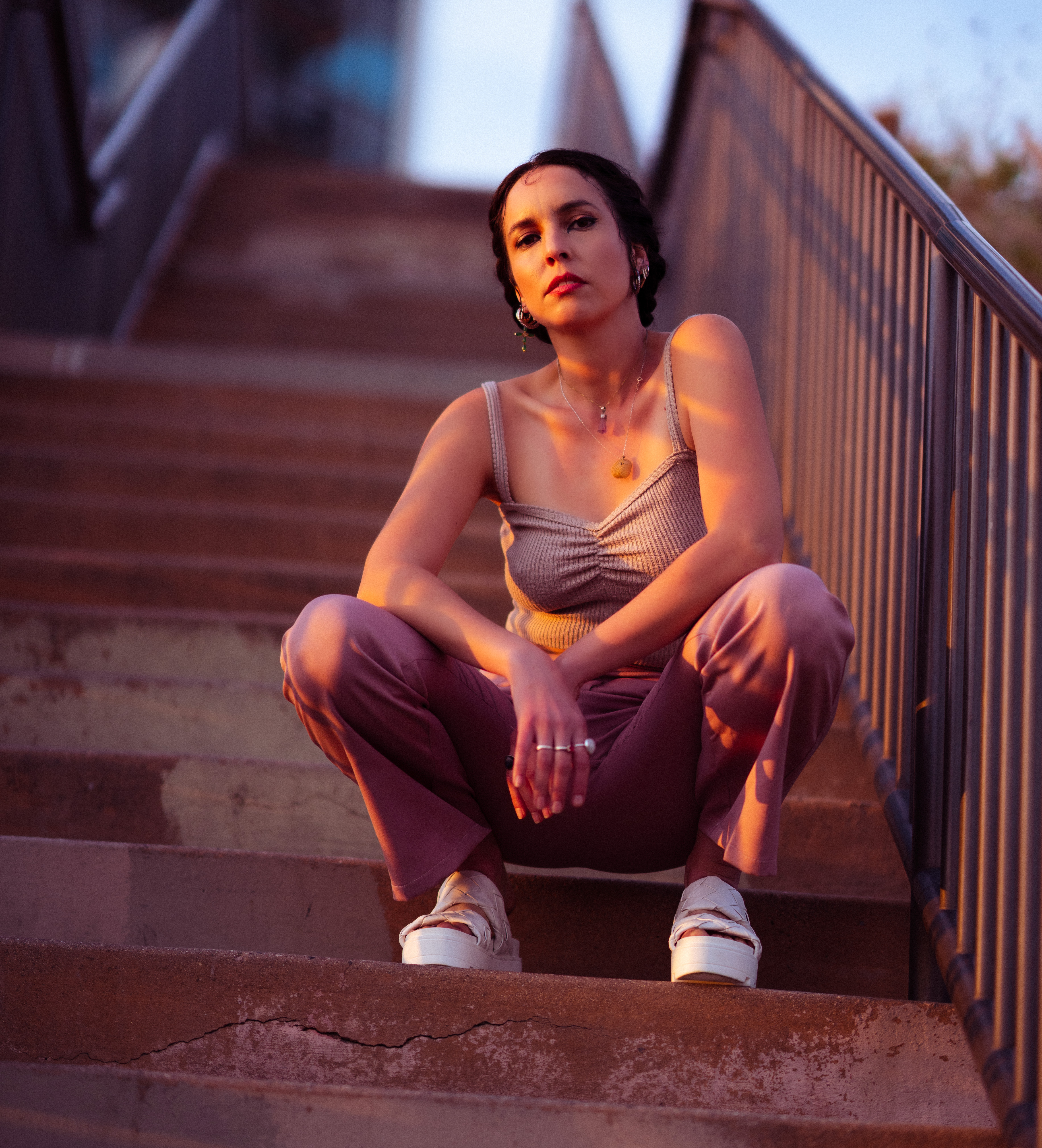 Melodicism, when it’s under the command of someone who really knows what they’re doing with it, is an element far more powerful than any other in pop music and can be used to transcend even the biggest of gaps – linguistics included. Whether you speak Spanish coming into the new single “Chocolate” by Marianina is irrelevant, because as this singer begins to weave together the harmonies that comprise this song’s most profound moment, you’re likely to be carried off on its melodic wave in any case. This isn’t a run of the mill pop track, but instead something meant to immerse from the ground up, which requires a voice that has a little more versatility than what the status quo has been known to call for.

The harmonies in this single are much bigger than the groove is, but this doesn’t foster as much contrast as it does duality in the transfer scheme of things. I think it was important for Marianina to approach the hook with the delicate sensibilities she does in this performance for a couple of reasons, the most significant being that it shows off her dexterity as a vocalist without overstating her presence in this mix, which by itself is something I’ve caught a lot of her contemporaries messing up as of late. Her focus is something to marvel at, if not the bread and butter of her performance in this single altogether, which is something I look forward to hearing again the next time she releases new music.

The comforting swing of the instrumentation adds to the emotionality of these verses without question and, again, whether you’re able to speak Spanish or not, this track’s potent passion is going to be more than enough for you to interpret the greater theme coming together here. There’s a big difference between voicing your story with words and doing it with melodic presence, with the latter being nearly impossible to teach to someone no matter how dedicated a pupil they happen to be, and it’s clear Marianina isn’t fronting with her skillset in this recording at all – quite the opposite, in all honesty. This is someone who cannot contain her passion, which is a far cry from the synthetic sounds of her competition for sure.

Developing a sterling pop balance in any track can be one of the hardest challenges a singer/songwriter of this genre faces when trying to work on new music, but if you listen to the masterful performance of one Marianina this summer via “Chocolate,” you’re going to step away with quite the different perception indeed. This player is fearless and open to doing things a lot of her peers and closest competition on either side of the dial just can’t muster up no matter the situation at hand, and from what I can tell about her work in this release, we can expect a lot more magic where this came from in the near future (and hopefully before the year has come to a conclusion).