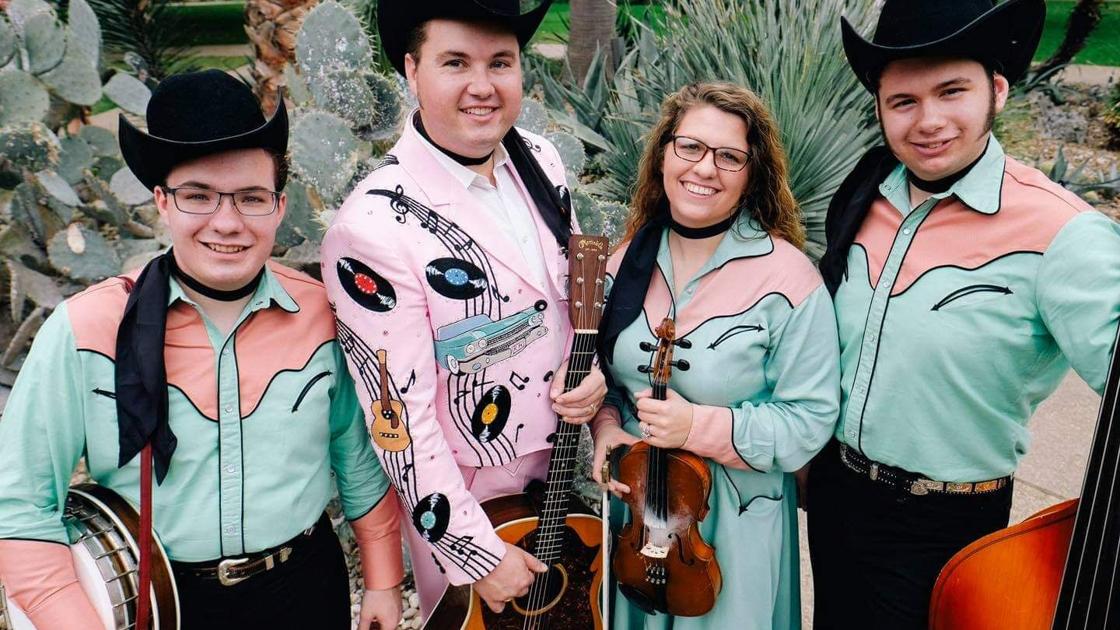 “All Suited Up” by The Kody Norris Show

The way players in a group interact with each other can frequently shape the essence of an entire album, I think this is certainly true of the new record All Suited Up by The Kody Norris Show. As its title would imply, All Suited Up gives us the cleanest, most prepared sound we’ve heard from the band so far, but not one completely devoid of the originality and homespun quirks that make this one of the best acts in all of bluegrass. The Kody Norris Show are all about preserving their genre the right way, and in this release they arguably retain a coveted spot among the top tier in American roots music today.

Songs like “Ole Carolina,” the single/video combo “Love Bug,” “Virginia Bound” and “Let’s Go Strollin’” feature very classical structures, but where some would argue their arrangements as being archaic, I find them to be refreshingly simplistic. Even when The Kody Norris Show invites complication into the compositional fold – whether playing original material written by Norris or someone else – they don’t sound flustered or out of their depth (but I would expect as much from a group with as much experience as they’ve got).

Despite the anti-experimental attitude a lot of this material has, there’s definitely a loose feel to the performances we hear in “Brand New Hit in Nashville,” the potent “Whatcha Gonna Do” and “Kentucky Darlin’” just to name a couple of favorites here. Robotic rhythm is nowhere to be found in this piece, and as much as I’m tempted to call the band repetitious – in a well-meaning fashion, of course – there’s too much of a broadminded improvisational feel to tracks like “Farmin’ Man” and “In the Shade of the Big Blue Buffalo” for me to say as much. This might be rehearsed, but it’s as fluid as non-live music comes.

I really appreciate All Suited Up’s easy-listening construction, not only because of how awesome a complete effort it yields, but also because of how elegantly it spotlights this band’s rejection of overthought concepts. They haven’t got time for any of the trite hybrid moments so much of the competition would attempt to manifest an entire LP out of in this record; the efficiency of Norris’ songcraft just doesn’t allow for it, nor does the general work ethic that his cohorts in this venture hold as a standard in every project they undertake.

If you weren’t sure whether or not you were a fan of The Kody Norris Show before getting a hold of All Suited Up, my money says a good chunk of the songs on this album are going to clarify your opinion of the critically-acclaimed bluegrass juggernaut for good. Norris and company are unstoppable in every song here, and though I highly doubt this is going to be the last time they cash in another hit with fans and the ‘grass press, I don’t think it’s very likely that you’ll hear another LP like this one in all of 2021.