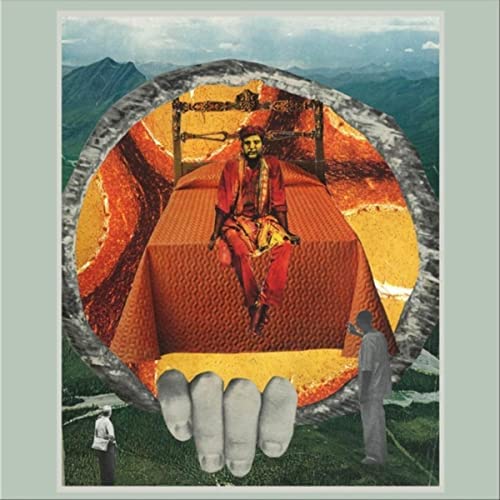 Retro songcraft is making a big return to the spotlight in 2022, and never has this been clearer than when listening to the buzz-worthy new single from singer/songwriter Cory Driscoll, “Hope Changes,” this January. Rather than just giving us an old fashioned acoustic pop number, Driscoll is adapting a classic folk-rock formula for something that suits a more modern set of tastes – specifically those with an ear for the increasingly insular alternative pop movement. “Hope Changes” has all the trappings of a brooding underground crossover, but without much of the synthetic nonsense that separates artist from audience.

Driscoll’s singing is rather simplistic and unfussy, but I think it needs to be for this song to work as well as it does. He’s suggestive with his tone, but the stripped-down lyricism he’s ultimately employing in “Hope Changes” really does give us all the linguistic clarity we need. This isn’t a situation where using tone to shape an understated emotion is any more important than just getting straightforward with the listener, and I for one think it was wise of this singer/songwriter to take the path he did. It’s definitely more efficient, and a good example for his peers to follow as well.

The structure of this track hints at much stronger rock influences than the cosmetics would initially let on, and I think that, while “Hope Changes” works as an acoustic number on pretty much every level, I can see it getting an electric edge and probably sounding as compelling as it does in this instance. I feel like Driscoll’s voice would work in multiple scenarios and through the versatility of the aesthetics comprising this all-new single I personally believe that we’re getting a much more complete insight into his abilities than we would have otherwise.

These lyrics have even more feeling in them because of the voice singing them to us than they would have possessed on their own, which is all the more of a testament to the skillset that Cory Driscoll is working with as a performer. He’s quite literally molding the narrative with his execution rather than his tone as a lot of other artists would have (and do, all the time in contemporary pop and pastoral folk crossovers), which by itself is reason enough for me to check out his music again in the future. I like the direction and, more importantly, what it says about the man taking it.

I’m looking forward to hearing more from Cory Driscoll in the future, and I hope that everything he releases has as much emotional stability as “Hope Changes” does. It’s a well-rounded tune, and although he doesn’t have a lot of the studio panache that some of the similarly-stylized material his rivals are going to be releasing does, I don’t think this track needs it. “Hope Changes” is a potential hit not because of its foundation alone, but because of the man who is presenting it to us, which isn’t something I can say for every pop track that lands on my desk.