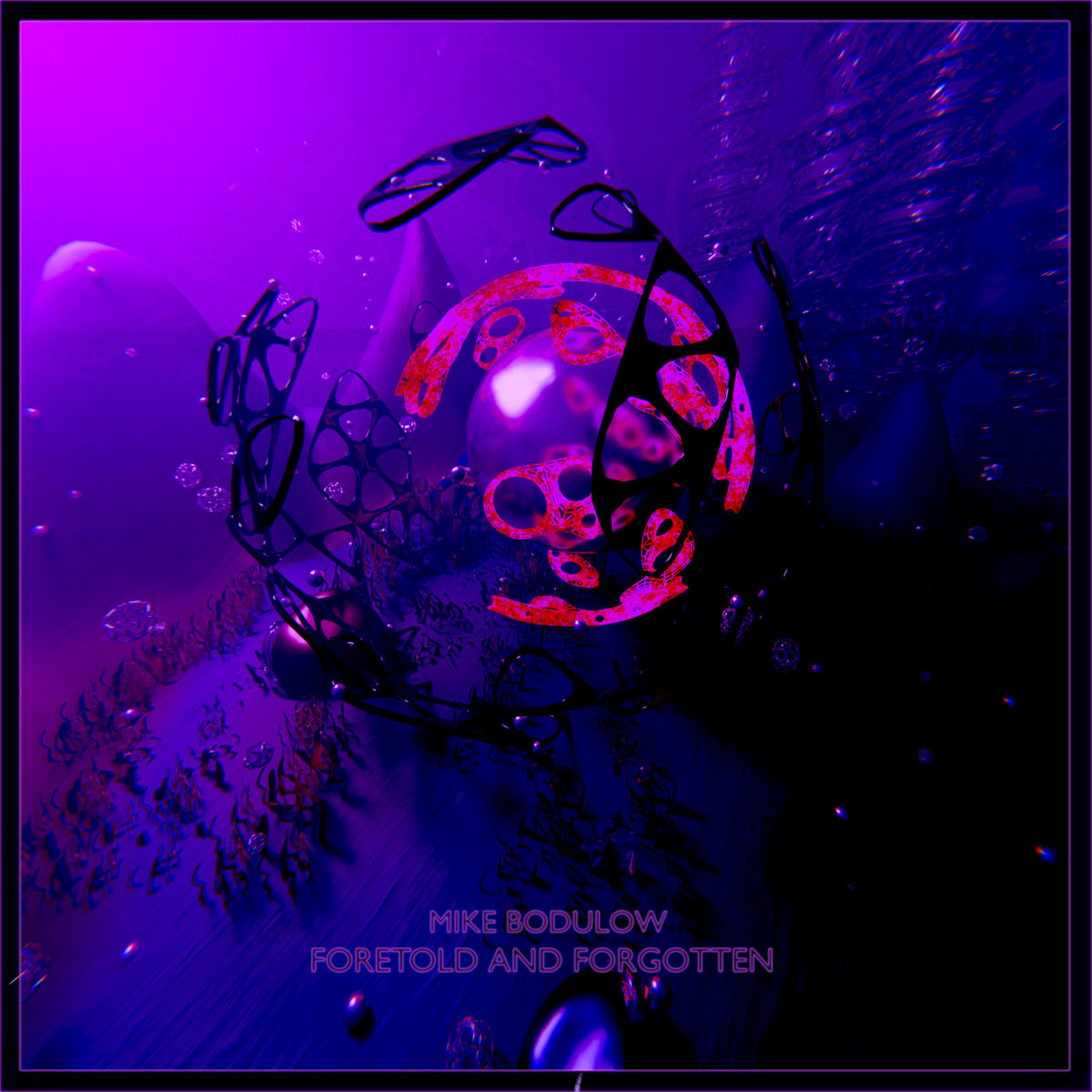 Mike Bodulow took the opposite approach that most do when striving to broaden their horizons and chase their ambitions. He relocated FROM California to the Midwest, San Francisco to Tulsa to be exact. He’s said to have been involved with a slew of bands, in his native California. But now, Mike is on an island unto himself. Mike’s most recent release, Foretold and Forgotten, is an incredibly layered instrumental work. He imbues his love of cinema, and his penchant for emotional texture to a forward looking and cautionary record.

The record opens with “Before The World Moved On,” a track tinged with both melancholy and faith. Throughout the album, Mike uses the piano to profoundly poignant effect. While this piece may go on a bit too long, it ultimately sets the tone and builds anticipation for Foretold And Forgotten. “Cybercats On The Prowl,” plays like a tension building scene from a film. Mike certainly uses his cinematic sensibilities to accommodate the listeners on this rather somber journey at times.

The foreboding, yet ambiguous “When Darkness Brings Forth New Friends,” opens up with a bass heavy intro. Mike considers himself a Bassist, primarily, and he flexes that muscle on this track. The intro gives way to a deep groove that would certainly be behooved by a vocal, but satiated nonetheless. The guitar work on this one is particularly sonic, and the entire work is diligently and rather expertly crafted. This tune is both a deep cut and a standout piece.

On “When Did I Reality Become A Rare Condition,” a thought provoking question at the very least, Mike replaces the keys intro for a guitar. Just as you start to tune out the rather lengthy and rather repetitive intro, a sudden and unexpected shift in tone occurs. Mike reminds of us of his metal roots, as this track abruptly turns darkly ominous. It’s a chapter change on what is essentially a concept record. One of the longest tracks on Foretold And Forgotten, “When Did Reality Become A Rare Condition,” is also one of the heaviest.

We then come to what I feel is the centerpiece of the album, and that is “When You Love A Robot And It Doesn’t Love You Back.” Somehow, Mike manages to weave a love story into the existential despair of Foretold And Forgotten. Here, Bodulow gives us the complete cinematic treatment, offering something so tragically detached and metaphorical that it entrances you. The idea of falling in love with a soulless entity in the wake of an increasingly insolent reality is both terrifying and strangely romantic. This one isn’t the most musically replete on the record, but easily the most moving and emotional.

A lot of works like to focus on pre and post apocalyptic scenarios, but Mike Bodulow puts us squarely in the middle. He gives us a glimpse into the minute by minute actuality of existing in a world many feel is an inevitability. Interestingly, this is a work that wouldn’t have been out of place in 1984. Yet, it somehow still feels like the future in both respective eras. Foretold And Forgotten is now available.