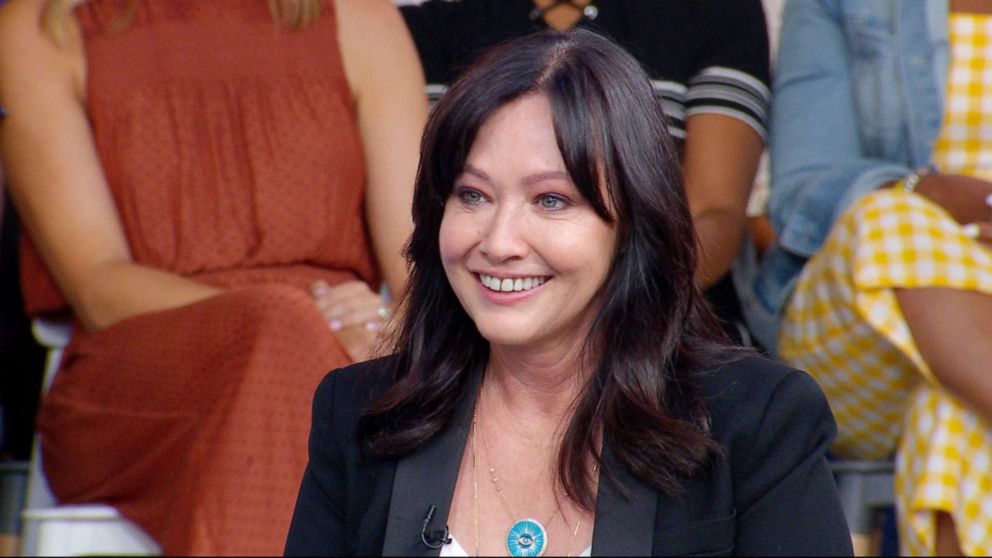 Shannen Doherty wasn’t always on board to reprise her role as Brenda Walsh for the upcoming Beverly Hills, 90210 reboot.

The 48-year-old actress is returning to the new season of BH90210 alongside original co-stars Tori Spelling and Jennie Garth.

But according to Fox News, speaking at the Television Critics Association summer press tour on Wednesday, the star revealed she originally planned to turn down the offer to reprise the role.

“I definitely wasn’t going to do it,” she admitted “It was nothing against the show. I knew that the show would get sold and do well and live on without me, but they didn’t need me, so it just wasn’t at that moment what I wanted to be doing.”

However, when her former co-star Luke Perry died from a massive stroke earlier this year, it changed everything for Doherty, who added: “When Luke passed away, things drastically changed for me.

“I felt like it was a great opportunity to sort of honor him,” she continued, adding she and her co-stars tried to “really sort of heal through losing somebody who means the world all of us.”

The show launched on Fox on Wednesday.