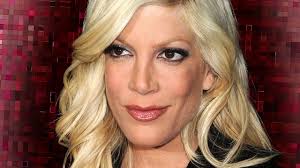 Actress Tori Spelling is reuniting with the original cast of Beverly Hills, 90210 for a series revamp.

Rumors about the project have been swirling for some time, and now Tori has revealed the hit 1990s show will soon be coming back to screens, although this time around, it will be more of a mockumentary.

“It’s not technically a reboot, because I feel like everyone has seen the reboot… No one wants to see like, old versions of ourselves, but they do want to see us playing our characters, so what we’re doing is the entire cast is playing heightened versions of themselves,” she said.

Tori explained that “almost everybody” from the main cast is returning for the show, including Luke Perry, who will be making appearances when his Riverdale filming schedule eases up.

However, Shannen Doherty, who has been in remission from breast cancer since 2017, isn’t currently involved.

Beverly Hills, 90210 was created by Darren Star and produced by Tori’s dad, TV mogul Aaron Spelling. It ran for a decade until 2000, and made stars out of actors including Jason Priestley, Jennie Garth, Ian Ziering, and Brian Austin Green.

The new version of Beverly Hills, 90210 has yet to be given a launch date, but Tori hopes it will premiere later this year (19).