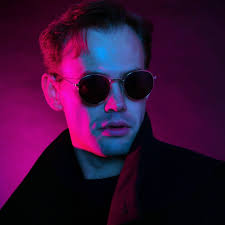 The word ‘shameless’ congers up thoughts of brazen, audacious and even bad behavior. In Morgan Mallory’s sly pop offering “Shameless” this Los Angeles-based (by way of Portland, Oregon) singer/songwriter sneaks his way into the listener’s heart with bluesy guitar riffs and a sensual beat. “Shameless” is a babe magnet hit and the stars are aligned for this Tinsel Town musician.

“Shameless” starts out with cool, fresh electro-R&B vibe guitar licks. Mallory’s voice is falsetto (think Jason Derulo meets Joe Jonas meets Robin Thicke). When Mallory sings “come a little closer, show me how it feels to be in danger…falling for a stranger” he pays special attention and emphasizes “danger” and “stranger”. When it comes time for the chorus, the beat and rhythm is strong – the bassline is so suave. “Just when I think I’ve seen it all, shameless, throwing it around like you ain’t got nothin’ to lose, shameless” shoulders are moving and toes are a tapping.

What is so great about the song’s story is that it’s the perspective of someone that isn’t the shameless on – it’s about observing this character. Mallory leaves it up to the listener to decide if the subject is worthy of adoration and attention. Who hasn’t people watched and thought “this guy is too cool for his own good?” Mallory’s take is a solid, interesting ride packaged into a sensual-sounding track. His voice is perfect for the R&B/pop crossover and there’s an intimacy he projects when he sings. While the track has some electro pulses and a solid music bed, one has to imagine this song as an acoustic guitar song, or even solo piano. It’s easy to feel that either – or all – would work. It just moves the listener with its strong funk appeal.

Morgan’s vocals are the highlight to “Shameless” but the overall package is tight. The percussion, while very subtle can’t be ignored. The brash guitar riffs really ignite the tone, but it’s the percussion that sets that gets the listener to get down. He sneaks in those beats and that’s what gives this song that ‘sly’ appeal aforementioned. There’s also a solid time through-out the song – not a ton of change ups or dramatic changes. It says steady and the groove just never leaves the listener’s gut or mind.

Morgan is hard at work on his forthcoming EP. “Shameless” is the lead-off track and all indications point in the direction that Morgan’s next single or singles will exude the same energy, sway beats, interesting storytelling and charming vocals. High praise indeed for “Shameless” and it’s audacious groove. Fans of Joe Jonas, Robin Thicke, Justin Timberlake, Jason Derulo and even Lionel Ritchie will find “Shameless” a bonus to their Spotify or musical playlists. Morgan is on his way.