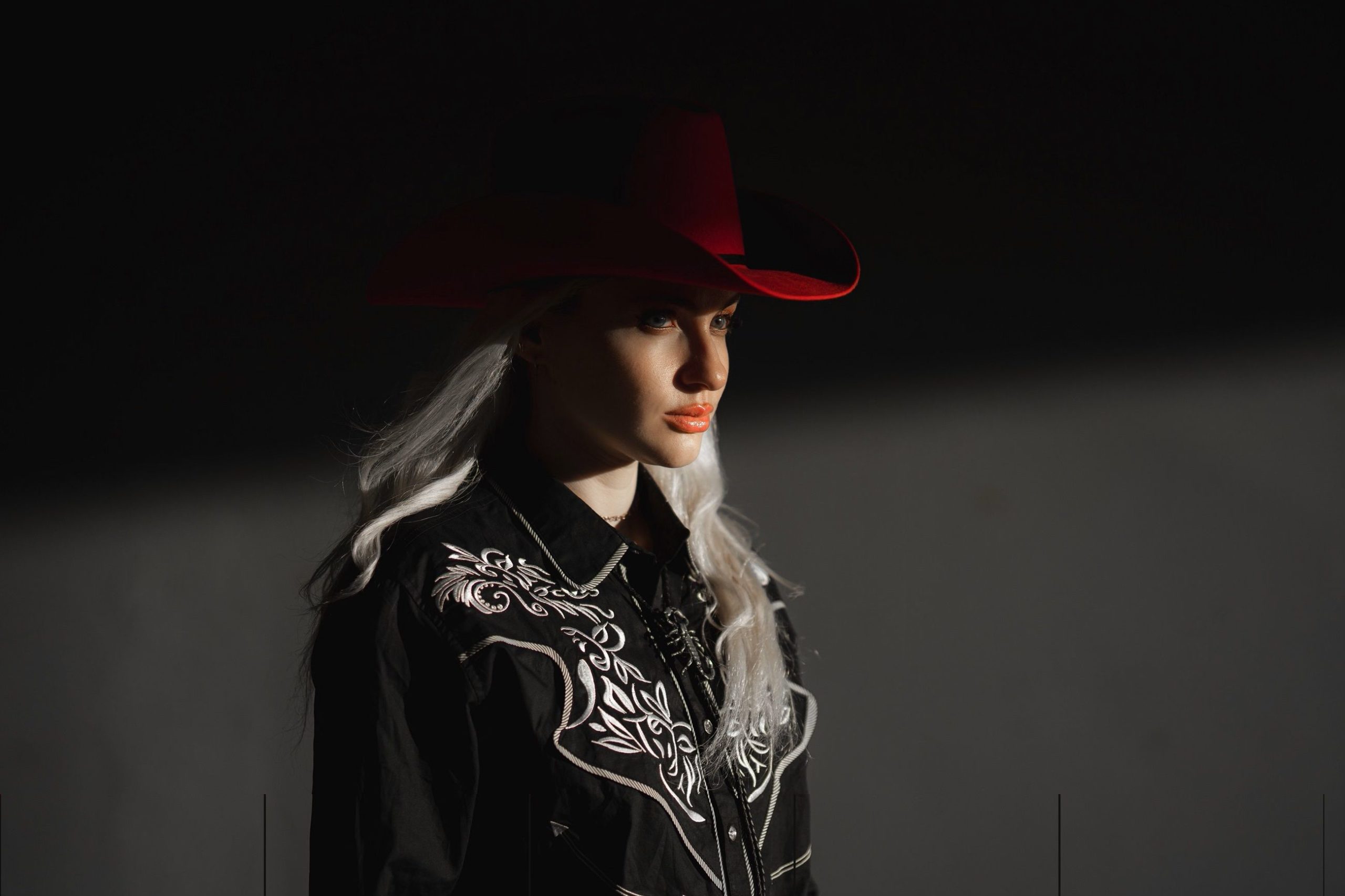 “God is Dead” by DEVORA

Coming into focus with a melodic whisper that is both chilling and strangely comforting as it forms the foundations for a song, we discover the opening moments of “Wild West” ready to greet us like distant moonlight breaking through a glassy sky. Long before DEVORA begins to sing, there’s a sense that we’re about to hear something incredibly personal in this song from her new release God is Dead, but it isn’t going to be revealed to us in the short period the track will last. Unfolding slowly but surely, much as it is in the soft touch of its brooding title cut, God is Dead will tell us what we want to know about DEVORA in short and simple terms whilst introducing a dark-edged pop I can’t get enough of right now.

If you find yourself unprepared for the raucous embrace of “Pornstar” when it climbs out of the darkness, you’re not alone – this track took me by storm and immediately left me in a haze when I listened to it for the very first time. There’s a certain decadence to the relationship between the vocal and the rollicking instrumental element here that left me incredibly engaged when I heard the resulting harmony for the first time, and when consumed alongside something as stiff and rock-influenced as “Bonesaw,” both songs feel even more powerful. It’s as though DEVORA is being as introspective as she can in these verses, thus creating a dreamscape through which we can find shades of unique color in the spectrum. It’s avant-garde but somehow made accessible through the melodic nature of her vocal.

The title track is one of the darkest numbers here, but much like the other songs it greatly benefits from the company it sits beside in God is Dead. Conceptually, I think listeners are probably going to get more out of these individual numbers when experiencing them in one sitting, but I will say that “Pornstar” probably has the greatest potential as a single. It’s built like an indie rocker but melodic enough to maintain the pop credibility of its kin here in the tracklist, which isn’t common for a song as emotive as this one is. Along with “Wild West,” it feels like a good starter piece to touch on the broader artistry of DEVORA, which is something I want to experience more of as the year unfolds.

God is Dead brings everything full circle with “Bonesaw,” a track that initially feels like an homage to the industrial rock of yore before taking on an identity truly all its own (and independent from the much-reviled retro movement in pop today). When the song is over, DEVORA’s vocal is still echoing in my mind – reaching out into the ethers as if to be unsatisfied, much as her pleas feel in each song here. While I’ve heard a handful of interesting works out of this scene lately, I think this singer/songwriter is onto something exceptionally strong. DEVORA is a force to be reckoned with, and judging from the ambitiousness of God is Dead I would say that her odyssey is just getting started.