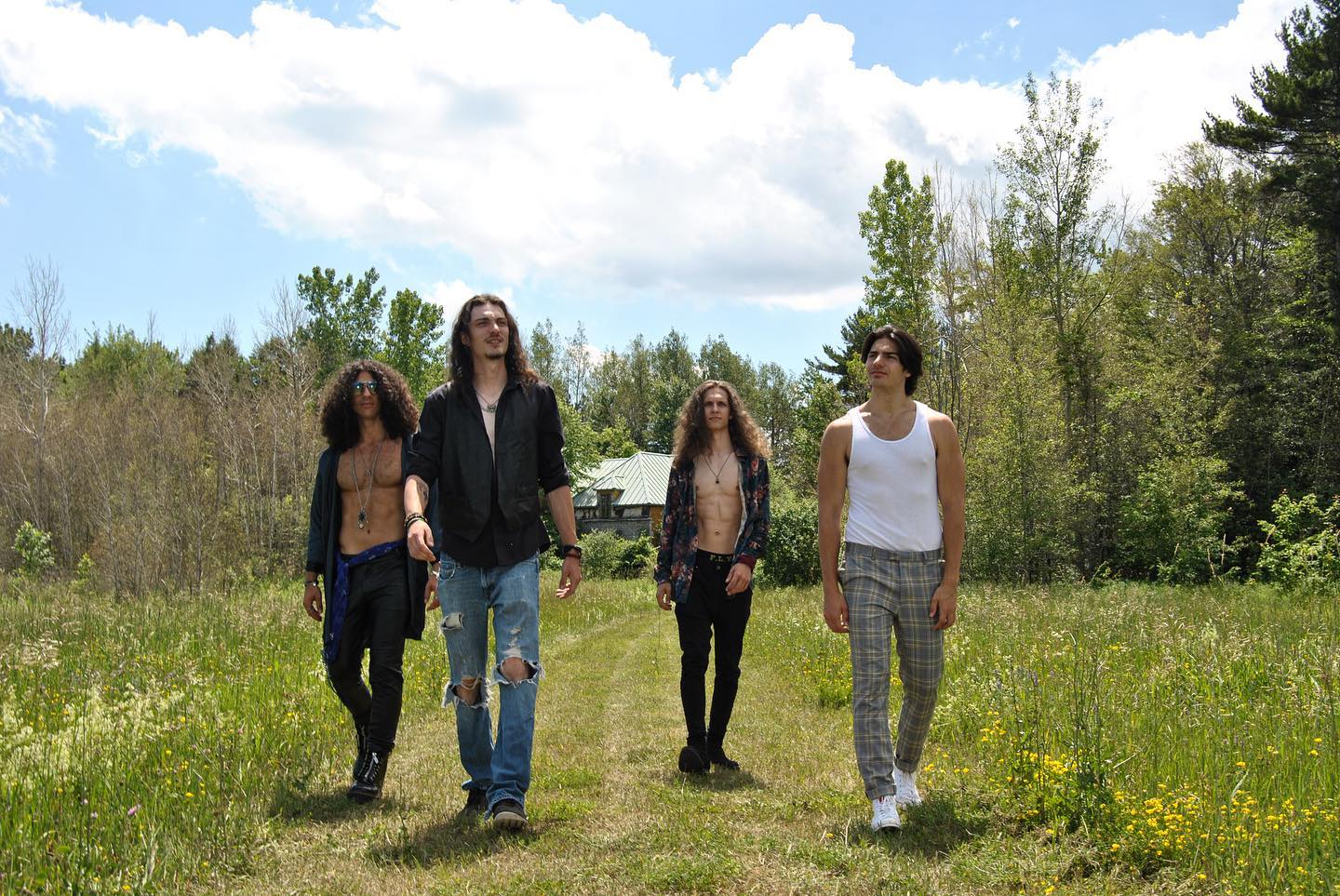 Most critics have come to agree that the Canadian underground has been one of the more overlooked corners of the North American rock spectrum for the better part of the last twenty years, but if bands like Montreal’s own Mercury Messiah have their way, this isn’t going to remain the narrative for much longer. Rather than employing artsy postmodernity as the centerpiece for their debut single “Sunlight Surfing,” Mercury Messiah are sticking with the basics of rock n’ roll as we came to know them as far back as seventy years ago – the might of the guitar, the weight of the bass, the crash of the drums, and the dynamic virtuosity of a powerful lead singer. Add in their natural talent, and this is a group ready to represent their scene as no others have in recent memory.

The kinship that exists between the players in this group doesn’t start and end with a mutual desire to score with groupies and cash checks signed by a major label, but instead with a love of the icons that made rock music what it is today. Classic rock in the style of the British Invasion, proto-metal, and the influence of fellow Canadians Rush can all be heard quite vividly in “Sunlight Surfing,” but I think it’s obvious from the way this band is stylizing the cosmetics of their group that being a throwback to the old school isn’t something on their minds at the moment. There’s too much modernity in their presentation to blend in with the American bar bands vying for a spot in rock’s legendary hierarchy, let alone the other Canadian talent making waves this summer.

Heavy guitars are the bedrock of any good rock release, and it shouldn’t surprise anyone that Mercury Messiah’s debut is going to feature the six-string in a starring role. Anchored by Mano Diles, the riff-rocking adrenaline in “Sunlight Surfing” isn’t meant to channel the vibes of a past chapter in the history of rock n’ roll, but to celebrate the start of what could be a new era of excitement and engagement for fans of the genre. If you’re sick of the synth play and unimaginative samples finding their way into the mix of other material out this season, this is a group that has your true wants more than covered here.

After hearing quite a bit about this group’s potential ahead of their first single’s arrival, I’m looking forward to seeing what they’ve got and how they plan on delivering hard rock from the evils of lackluster songcraft in the years to come. “Sunlight Surfing” offers us an up-close and personal look into their artistry that will likely set the tone for everything they release after, but judging from the versatility they’re already building a reputation around, I wouldn’t be shocked if they dropped several different looks to start off their discography with as flexible a launch pad as possible. There might not be a lot to rave about in rock today, but these guys are trying to change that once and for all in “Sunlight Surfing.”