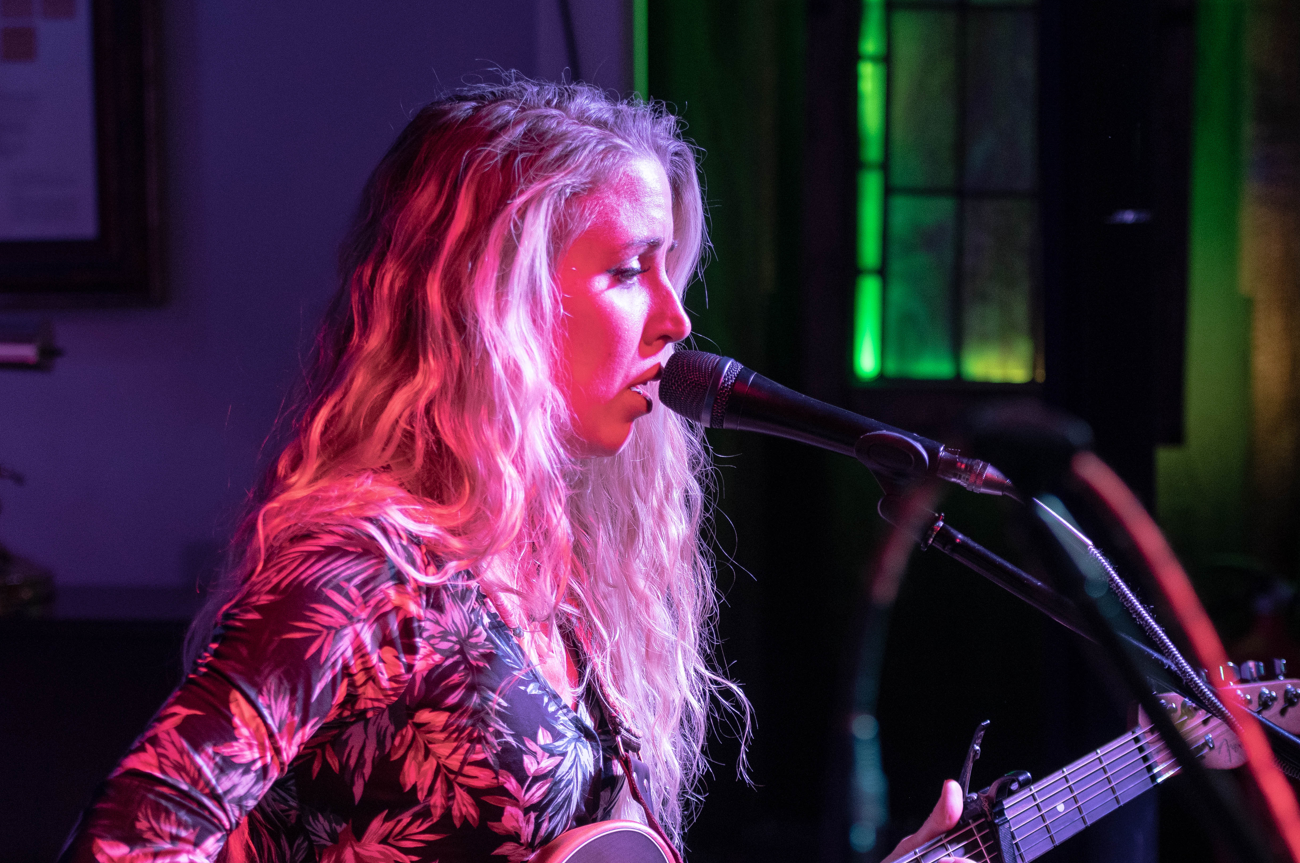 Described as moody and rich, delicious dark Indie PopRock with a poetic base, Rae Chriss has busted out of your periphery. This nerdy software designer has just written her first album, “Liberated Density”. With two decades of silenced poetry she brings a robust and alluring vibe to what are otherwise troubling topics. From a young, bullied teen in West Virginia to an award winning young musician in Cary, North Carolina—she is now traveling the US to share her music.

Thank you for letting us interview you! Let us in on your new music! When did you record it?

Any writing traditions you have when you’re in that mode?

I carry some sort of journal always and write whenever a circling thought or emotion won’t let me be. I typically have to write it down somewhere so I can return to normal functioning.

Some of this material makes it into my music, some doesn’t.

Any other traditions you have when you’re in your recording process?

If I can, I’m mindful of what I eat or drink before the studio. Also if I can, I like to meditate or do a round of Wim Hof.

BUT! I don’t always have the capacity to do these things, so I’d realistically say vocal practice and a few yoga stretches.

I hope to formalize and beef up my studio game in the future. I think it’s very important to be in the right emotional and head space when approaching a studio mic.

What challenges come with recording?

Aye… self-doubt, self-doubt, and more self-doubt. That’s normal though. And the ones that make it, use that doubt to become better. At each hurdle like this, I’m thankful I’ve had a solid voice saying I could do this, and a very clear calling that this was meant to be and this is the right timing.

If I didn’t have this assurance, I would have given up at many points on this road.

But we keep going.

Who did you collaborate with in the studio?

James Davy and I started most of the recording for the 10 track album at Rubber Room Studio in Chapel Hill.

Ryan Masecar and I finished up recording in Raleigh at Car Shop Recording.

Musicians on the album:

Any recording stories you have that you’ll remember forever from this music? Please share one with us!

Yes! And I wish I had a picture of it!

A friend of James Davy, Isaac Derr, was staying in the apartment attached to the studio. Isaac popped over one day and was chillin in regal kimono attire. Mike Sedito was also accompanied with lead guitar that day.

When we were messing around on “Lifetime of Questions”, we realized it needed a clap track to pop it up. So, we all gathered in a semi circle around a mic and clapped a track together.

It sounds so mundane and simple, but to me, I was in awe that these people would take the time to clap through my song. I will forever remember the image of the four of us characters just making music and sharing energies.

What do you want fans to appreciate about your artistry when it comes to the new music?

That I’ve poured every ounce that I could into the life of this music.

After the new year we typically forget about our resolutions, have you kept yours when it comes to your music making?

I haven’t made any new year resolutions with my music. It comes when it comes.

The album won’t be streaming until October, but there are two singles from the album out now on all streaming platforms.

Thank you for chatting with us! Where can our audience go to follow and support your stellar music journey!

Facebook is the best place to get all current music and travel happenings.

If you’re interested in the tour schedule, it can be found here:

It’s been a pleasure. Thank you!