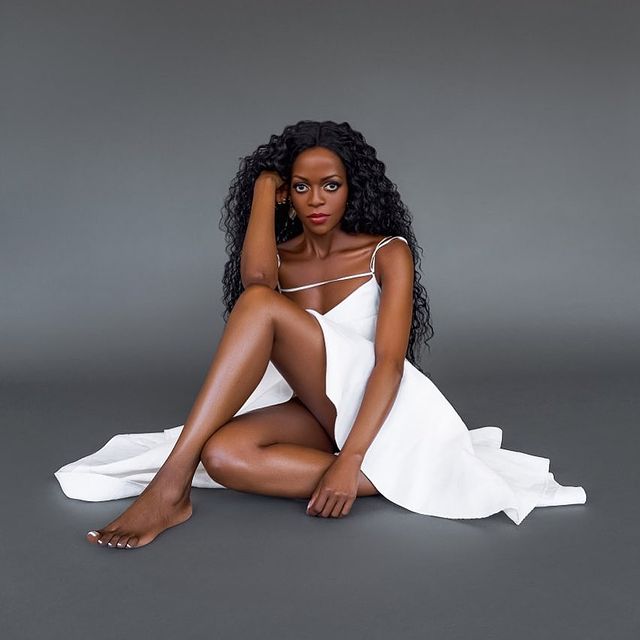 It doesn’t take very long after pressing play on the new single from Mirabelle Fobi, titled simply “Zigiyaga,” to get a good handle on the instrumental premise for the track, as well as the energy it’s star performer is planning on putting forth here. Instead of embellishing the opening bars of this song with a lot of fireworks that are normally found everywhere in pop’s mainstream, Fobi is electing to take it easy in this song, aligning her aesthetical values with those of the legends in pop to have come before her. There’s definitely a worldliness to the underlying groove in “Zigiyaga,” but to be perfectly frank, I think there’s an international appeal to a singer like this one already.

Mirabelle Fobi’s vocal is strong from the get-go, even when it’s presented in a harmony with the backdrop at the start of the track. She’s not aggressive with her words, but there’s also no debating whether or not she means what she says here; with her power at the microphone, she’s going to get a point across to us one way or another. I like how confident she is no matter what part of the song she’s scaling, and despite there being a lot of ridges to the groove in “Zigiyaga,” there’s never a moment where this singer sounds like she’s in over her heard with the arrangement. This was tailored to the depth of her voice, and she’s making use of the space in the mix for certain.

The streamlined instrumental segues allow for a seamless chorus in this single, and I don’t think this part of the design was necessarily aiming towards radio airplay. Instead, there’s a lot here to imply that Fobi wants to embody some of the surreal aesthetics her contemporaries have been flirting with but so few have been able to incorporate into their sound with any kind of success. She isn’t completely cerebral with her harmonies, but there’s an airiness to the melodic componentry in “Zigiyaga” that is hard for even the most novice of music critics to ignore. It’s not completely track-defining, but along with all of the other unique traits that we’re finding between artist and audience, there’s really nothing included in this mix that isn’t somewhat responsible for generating the final product.

I’d rank the music video for “Zigiyaga” a must-see, but not on the strength of its visual setup alone. Truth be told, it’s the source material that makes it such a distinct and compelling watch, and in an era where music videos have largely become a vehicle for product endorsements and a lot of showing off that rarely has any legitimacy to it, this is a hard release to forget. I’m getting the feeling we’re going to hear and see more content like this from Mirabelle Fobi, and as long as she’s able to continue producing on the level she is in this track, I believe she is going to have quite the long and fruitful career in the mainstream.