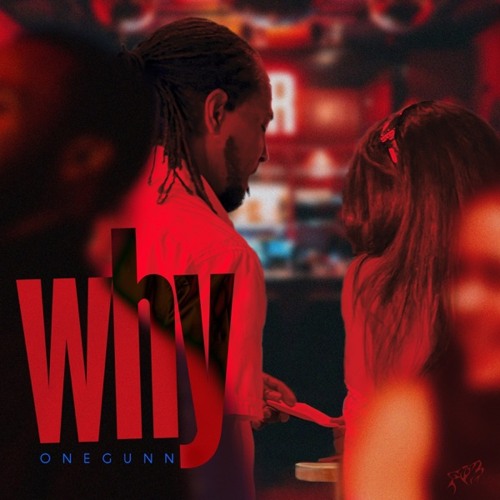 Marvin Gunn, aka OneGunn “Why”

Marvin Gunn, aka OneGunn, has nothing to prove. He made his name long ago. The original lead vocalist for Prince’s classic #1 hit single “Kiss”, Gunn parlayed his collaboration with the late lamented Purple One into a Grammy win before scoring another enormous success as co-lead vocalist (under the nom de plume MC Skat Kat) with Paula Abdul on the latter’s #1 smash “Opposites Attract”. Providing backing and second lead for that blockbuster helped Gunn secure a major label deal as one-half of the duo The Wild Pair, but long-term success for the act wasn’t in the cards.

It wasn’t in the cards for him to walk away either. He’s broadened his creative passions by pursuing acting and composing other styles of music for assorted mediums. His latest single under the name OneGunn, “Why”, finds the Wolf Entertainment signed singer/songwriter and overall performer working in a comfortable R&B/soul groove. A style such as this comes as naturally breathing for the Midwestern-bred musician steeped in the Minneapolis sound of the 1980s, but it has genuine spark rather than sounding solid and nothing more.

You hear a singer fully engaged with the moment when this song plays. Gunn wraps his voice around the lyric with a warm, inviting tone, but there’s enough of a higher register coming through his voice that lighter colors fill the song as well. The keyboard and electric piano touches throughout the song are cut with just the right number of effects while also maintaining a clean-enough sound that doesn’t unnecessarily clutter the performance.

The lyrical content is conversational and straightforward. Anyone versed with this style of music understands the purpose of the lyric in songs such as this and other similar fare; we aren’t looking for complicated imagery or poetic flourishes here. Nevertheless, the words do serve an important role and are never treated as an afterthought. They constitute, as well, an additional percussive element for the track thanks to OneGunn’s phrasing.

The aforementioned phrasing is subtle but very much a part of the song’s fabric. He’s a veteran performer and clearly knows what he’s doing – moreover, he’s progressed far past the point where you can identify him imitating anyone. His voice and approach take in everything he’s ever heard and loved, everything he’s aspired to, and transmutes it through his unique set of skill and physical properties. His sound and style are, in the end, his alone.

He’s far from finished – either as a performer or a man. His personal journey through the wild and wooly world of major league 80’s and 90’s pop is a story he should be sharing along with his music because it’s obvious his relents emerged unscathed and enriched by those experiences. His latest single “Why” is a work he can and should be proud of that’s destined to find a wide and growing audience. He won’t stop there, rest assured. OneGunn will keep pushing until he’s gotten his music in front of everyone he can. It’s worth every bit of that push.