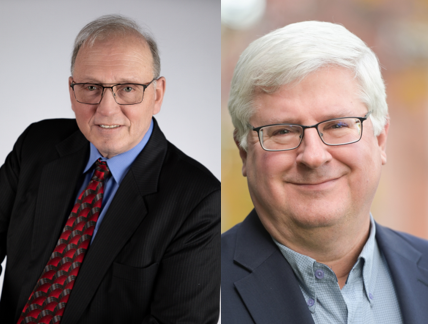 Alan G. Robinson and Dean M. Schroeder pull no punches with their new book. In the pages of the aptly titled Practical Innovation in Government: How Front-Line Leaders Are Transforming Public-Sector Organizations, Robinson and Schroeder cut straight to the chase – without overstepping any critical details.

They’re unsparing, straightforward, and write in a manner that actually feels intended for college-educated, fully matured adults – a rare thing to say about nonfiction in general these days. “There is a long history of attempts to eliminate waste in the public sector. Over the years, a number of prominent national-level commissions have recommended sweeping reorganizations and dramatic policy changes aimed at streamlining operations and saving money…

Although these one-off efforts did make some progress, they fell far short of what was possible,” Robinson and Schroeder write. “Countless initiatives in state and local governments have attempted to create some form of ongoing improvement capability, typically drawing on the popular improvement methodologies of the day. Unfortunately, most of these programs produced only limited results. They rarely succeeded in creating the culture and systems needed to engage employees at all levels in sustained and broad-based continuous improvement (CI).”

They subsequently elaborate: “In hindsight, the reason for the initial scarcity of effective pro- grams was that we had begun our search just as a new generation of improvement initiatives was emerging. Many of the high-performing initiatives described in this book were still in their early stages, and several did not yet exist. Our fortuitous timing offered a rare opportunity to study the development of these programs as they grew from their earliest stages into instruments of transformative change.

We interviewed over a thousand people, from front-line staff to top political leaders, and compared the characteristics of our sample of high-performing programs with those that were limping along or delivering limited results. Our goal was to discover the success factors for CI in government and to understand their implications for managers at all levels. Our methodology was loosely what academics would refer to as a ‘grounded theory’ approach—probing, testing, and refining our thinking with each new interview or case.”

One of the key things emphasized throughout Practical Innovation in Government, personally leaving a lasting impression on me, was how vision and idealism aren’t what Robinson and Schroeder fault as key impediments to good policy’s successful implementation. Rather, it’s the business-like approach so many people have when it comes to instituting changes and methodologies within government.

It’s the approach that makes or breaks an execution, not the innovative aspiration behind said approach. “The successful CI efforts we studied were quite different. What stood out was that the lion’s share of the improvement activity was taking place on the front lines. The primary champions of change were low-level managers and supervisors. They had created units with strong local cultures of improvement,” Robinson and Schroeder write. “Bit by bit, through large numbers of small, highly targeted ideas, their units relentlessly increased performance. These front-line leaders, not their higher-level managers, were the real heroes of their organizations’ innovation stories.”