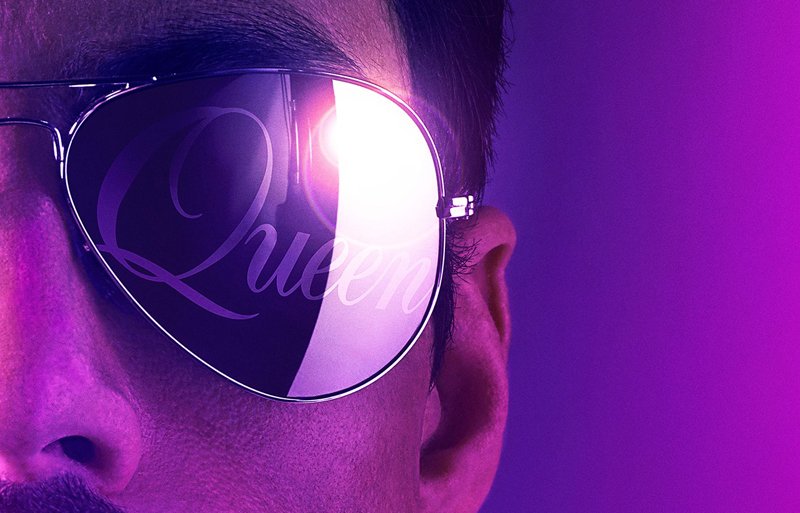 Bohemian Rhapsody’ is a Champion with Audiences by Samantha Tomlinson 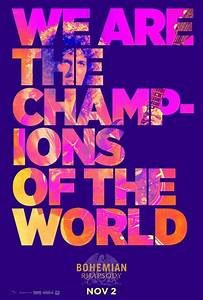 I still remember family car trips where one of the many CDs in rotation would play ‘Another One Bites the Dust,’ ‘Killer Queen,’ ‘Crazy Little Thing Called Love,’ ‘We Will Rock You’ etc. Passed down by my parents, especially my dad, this music was embedded into me long before I even knew the name, Queen. Like any franchise, music can be just as generational and obviously Queen is no exception. In this day and age, even millennials know most of the words to ‘Bohemian Rhapsody’ a song that has and will stand the tests of time. With Queen being such a legendary musical group, it was only a matter of time before the world was given a film diving into the real story of the band, the music and especially the superstar, Freddie Mercury.

The biopic, ‘Bohemian Rhapsody’ is about singer Freddie Mercury, the beginnings of Queen and their ups and downs, leading them to the world- famous concert, Live Aid in 1985. The film stars Rami Malek (known primarily for his role as Elliot Alderson on USA’s ‘Mr. Robot,’) as the idol, Freddie Mercury. First things first, the rumors are true: Rami Malek’s performance as Freddie Mercury is mind blowing. Malek might just be one of the greatest actors in Hollywood; he wasn’t just playing Freddie Mercury, he is Freddie Mercury. The teeth, the accent, the mustache, the movements… it was phenomenal. Malek brought Freddie’s passion of music and performance to life. From their first performance together with ‘Keep Yourself Alive’ to ‘We are the Champions’ at Live Aid, the spirit and love of Freddie Mercury seemed to just radiate from Malek. It was beautiful to see. While watching, you’re likely to forget at least once that this isn’t the real Freddie Mercury (I definitely did. More than once). I’d almost put money on it.

The dynamic between Freddie and the rest of Queen was extremely enjoyable the entire movie. With Gwilym Lee as guitarist Brain May, Ben Hardy as drummer Roger Taylor, Joseph Mazzello (famously known as Tim in ‘Jurassic Park’, 1993) as bassist John Deacon, the band is the glue of the film. Much of the humor in the movie lies with them, from them attempting new ways to create music in the recording studio to arguing over songs for an album with Ray Foster (played by Mike Meyers). Even when tensions escalate, they still find their way back together.

The explored relationship between Freddie and Mary Austin, the love of his life, and former fiancé, played by Lucy Boynton was sweet, touching and beautiful from the moment they meet. Even after the break up, you can see how much they will always love each other. (Spoiler ahead) One of my favorite scenes of the movie is between Mary and Freddie where she knocks some sense into him, putting him on the path to reuniting with Queen and preforming at Live Aid.

Overall, there’s a lot of fantastic aspects of this film.

Although, anyone following the movie may have heard that critics aren’t as taken with it as audiences. Eyeing and reading various articles, there are two major complaints that I’ve seen. The first: the movie is not completely accurate. 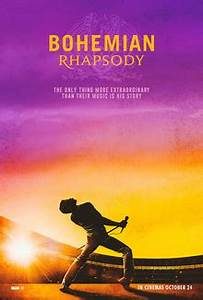 When you watch a film based on a book, you know that things change. Sometimes better, sometimes worse, depends on the adaption. In reality, this is the same idea of a biopic. Things will change to make it an interesting story for viewers. The problem is that this film is a biopic, we want to see what really happened. I’m not a Freddie Mercury or Queen expert. I’m sure some audience members are, but I doubt the majority is. According to various sites such as IMDb and Indiewire, moments such as the band forming, Freddie meeting Mary, and even his diagnosis aren’t exactly accurate to the real story.
How Freddie Mercury’s sexuality was shown was also an element critics had some issues with. As said by Joy Behar on ‘The View,’ Freddie Mercury’s bisexuality was “glossed over.” I’ll be honest, I’m still in debate on whether I agree with this or not, but I think I do understand why critics have a problem with it. (Spoilers ahead) While we do see shots of Freddie exploring his sexuality including a visit to a gay bar (at least I think it was a gay bar…), and the mild ‘morning after scene’ shortly before Freddie comes out to Mary; but for me, there seemed to be a lot of moments where the audience needed to connect the dots. Why should we have to connect the dots? Why can’t we just see the whole picture?

(Spoilers ahead) For example, early into Queen’s success, Paul the right- hand man of Queen who works for John Reid, the band’s manager, comes on to Freddie and kisses him. Freddie tells him no, this is just a business relationship. Later, Freddie hangs up the phone after talking with Mary, he walks off with Paul and another man. I know how obvious it sounds while reading that last sentence, but visually? It’s not, it wasn’t. I had no idea until the following scene: the morning after (as mentioned above), Freddie comes out in a robe, Paul’s reading the paper and the third man is asleep on the couch in his underwear.

As the film goes on, Paul becomes the antagonist, creating chaos so he can have Freddie to himself. Were they sleeping together? I assumed they were, but there weren’t any major signs indicating that. Going in, the audience knows at least a little about Freddie’s sexuality which may be why they didn’t go deeper or make things clearer. Also, little more intimacy couldn’t have hurt, and I don’t just mean sex scenes. (Spoiler ahead) We got a little of that when Freddie meets Jim Hutton, who will become his partner until his death. They kiss admit their interest in each other, but Jim basically tells Freddie to get his life together and then look him up. It was quick, simple, and a little sweet. Jim returns at the end when Freddie finds him and before bringing him to Live Aid, brings him to his parents’ house. This is where Freddie subtly comes out to his family. Another beautiful moment. Jim seemed to fill the void loneliness that seemed to trigger his downfall. I definitely would have loved a little more of Jim.

Despite the some of the ups and downs, the mixed reviews, ‘Bohemian Rhapsody’ was a joy. It was a blast, it was massively entertaining. All of the performances were amazing but Rami Malek was beyond fantastic to watch. If he doesn’t get an Oscar nomination for this, he absolutely will in the future. If you love a film heavily influenced by music, go. If you love music, go. This is a film about friends, family, love, and passion and it shines throughout.