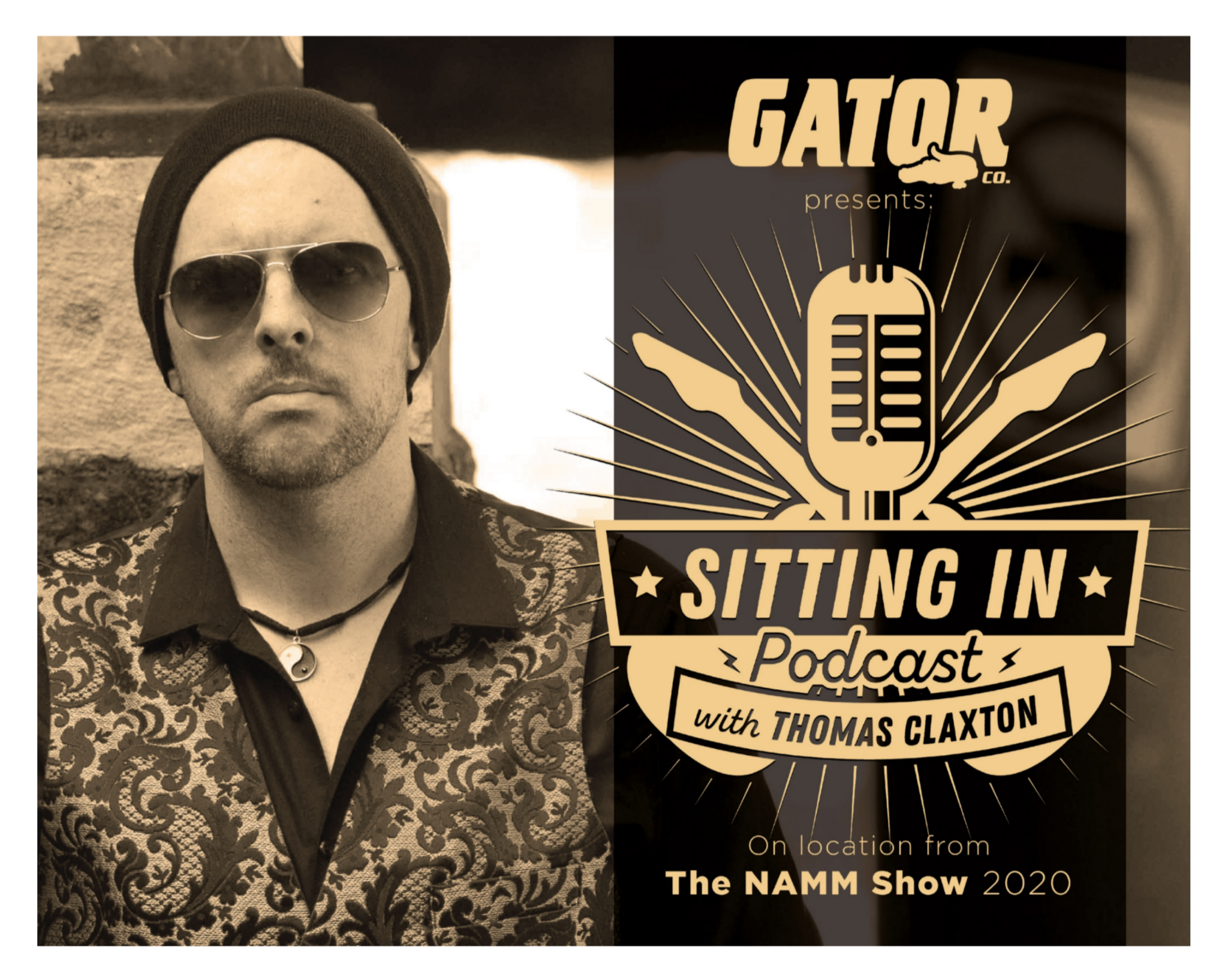 Diving into the depths of the industry, “Sitting In (with Thomas Claxton)” brings you the best insight from the world of music. Hosted by multi-time IMC and RMA award-winning vocalist, Thomas Claxton, the podcast welcomes not only world-renowned performing artists, but also the movers and shakers behind-the-scenes of the business who turn the gears of an entire industry. The goal is to bring an informative and entertaining experience to our listeners, whether tuning in casually or looking for something more.

From musicians and vocalists, to merchants, convention leaders, entertainment attorneys, the accountants, the music reps, techs, engineers, and producers… “Sitting In” will offer something for everyone and bring you closer to understanding the magic of it all. Any and everything industry-related is on the table for discussion, so come “sit in” to find out why the best stories… come with a song.

Brought to you by Gator Cases, also sponsored by Shure microphones, the first series of the “Sitting In (with Thomas Claxton)” podcast episodes were filmed on location from The 2020 NAMM Show floor and will be available on all major digital platforms. The Premier Episode will feature Performing Artist, Technologist, and Entrepreneur, Scott Page (Pink Floyd, Supertramp, Toto).

Four-time IMC and RMA award-winning vocalist / songwriter, Thomas Claxton performs over 300 shows per year, spanning the United States and abroad. The classically-trained (first tenor) vocalist performs solo or with his band, Thomas Claxton and The Myth, and has also performed or recorded with a number of industry-recognized performers such as:

Chosen by internationally circulated, “Rockwell UnScene Magazine”, as their “Best Male Vocalist” (2014, 2015, 2016, 2017), Thomas has performed in every style venue ranging from arenas and theatres to clubs and also has experience as an event promoter, coordinator, and vocal coach. He has been featured by Acoustic Guitar Magazine, South Magazine, The NAMM Foundation’s “Talking Up Music Education” and “The Jimmy Star Show w/ Ron Russell”. In January of 2020, at The NAMM Show in Anaheim California, Thomas debuted his new, “Sitting In (with Thomas Claxton)” podcast featuring extensive discussions with industry professionals ranging from artists, producers, engineers, and publishers to manufacturer CEOs, music attorneys, CPAs, retailers, and techs in an attempt to bring more information forward about the ins and outs of the world of the music.

The “Sitting In (with Thomas Claxton)” Premiere Podcast Episode featuring the incredibly talented Scott Page can be watched on Youtube here:

The official website for Thomas Claxton may be found at https://www.ThomasClaxton.com