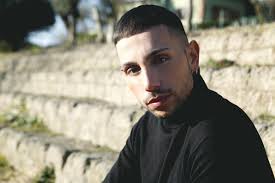 Manuel Aspidi’s “Let out This Light”

Vocal pop is enjoying quite the renaissance in 2019, and in Manuel Aspidi’s “Let out This Light,” listeners can expect a treat befitting of the era that spawned its utterly beguiling harmonies. A seasoned pro out of Italy, Manuel Aspidi returns to the headlines this fall with a track that was released to exceptional praise back in May, and while many of his longtime fans have come to expect as much out of his work, some of us are just now discovering his unbelievable abilities for the very first time. “Let out This Light” is an amalgamation of texture and tonality as appealing to European ears as it is American, and though it’s facing some tough competition out of the international underground, it’s easily one of my favorite songs to debut this year.

There’s an underlying urgency in the chorus that is really stimulating, particularly in the first go-round with the track, but nothing ever feels pushy or uneven. As has been the case with all of the art he’s attached his name to in the last 20 years, “Let out This Light” features a methodical Manuel Aspidi; he’s cool, calm and collected in his execution, and when it’s required of him he backs away from the piano to let the fabric of the instrumental melodies take center stage. His younger contemporaries could stand to learn a lot from his patience in this song, and more accurately, the body of work that he’s fashioned for himself since the late 1990’s.

Aspidi is very careful to avoid the temptations of overindulgence in “Let out This Light,” and to his credit, he made the right decision in keeping this track as stripped-down and fundamental as he did. Where a lot of his closest rivals haven’t been content to leave good music alone, he’s dismissing the very notion of technological augmentations in this song. There aren’t any filtrations on his vocal, and the reverb sounds totally fresh and uncompromised by artificiality. Some might find it prudent to weigh pop music down with a lot of excess right now, but for Manuel Aspidi, such trite and immature songwriting has no place in his discography. He’s a pretty old school guy in this sense, but his sound is hardly the product of a toxic throwback culture.

I wasn’t listening to Manuel Aspidi very closely prior to his, but I can honestly say that I’m addicted to his sound after hearing “Let out This Light” for myself just recently. His is a passion unbound by commercial interests, and while he’s probably going to see a nice payday with the success of this latest single, I don’t get the impression that he’s motivated by anything other than unfanciful artistic expression. He’s come a long way in the last two decades, and if this track is on par with what we can expect to hear out of his camp from this moment forward, it wouldn’t be a stretch to suggest that he’s only just begun to show us how much he can accomplish when he’s firing on all cylinders.