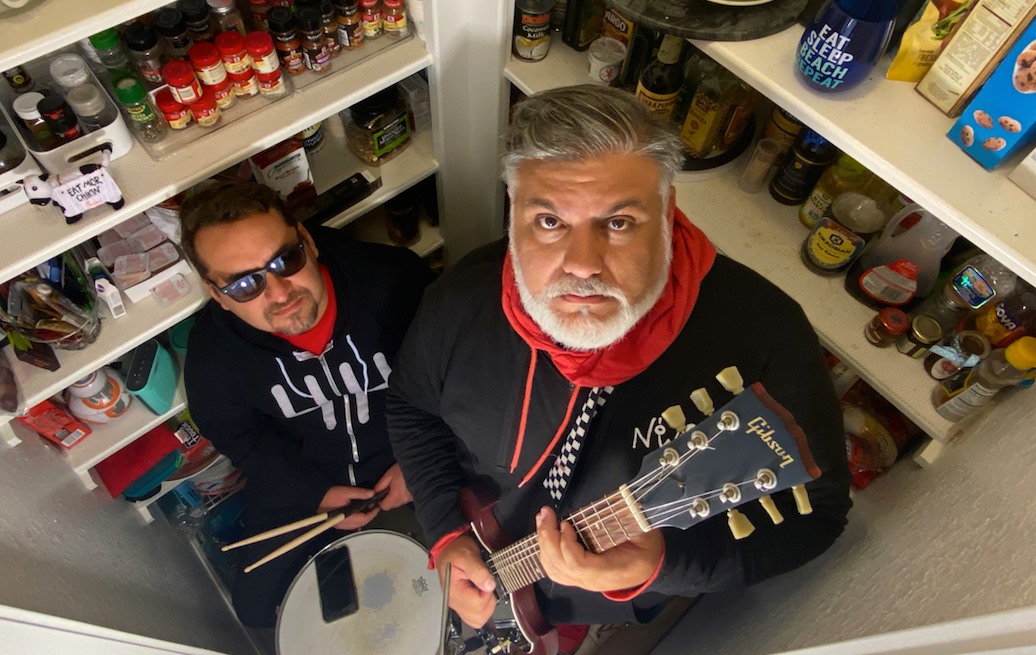 The Push release the “Atomic Bomb” single and video from the debut album No Light In The Darkness, from Austin, TX to the world stages, platforms and airwaves with some good old fashioned moxie to back it. And that’s a tall order to say the least, but they accomplish it ten-fold and if you’re paying attention you already know this much and I’m just reminding that. But if anyone would have it any other way, nobody would be reviewing product to get the word out and spread good music around. I happen to like everything about The Push but can only say as much as I know about them.

The music speaks for itself, and The Push have that in mind and let it do just that, but it’s also a matter of choice and discovery more now than ever and getting the word out is less critical than it used to be. There’s no reason to be biased and glowing when you can point out what values are there and let minds follow or not. To be honest, a song can either travel with or without hype, but a perspective can change with every listen, so The Push can always let the latter prevail. This song and album deserve description over critique because the consensus is that it’s already good.

I haven’t heard such a catchy number in some time without having heard of the band first, but perhaps that is where some of their background comes in and why it’s worth looking into for more on this cool band. The hook of “Atomic Bomb” grabs you and doesn’t let go, but that is only some of its magic in the greater scheme of things. An atomic bomb will already do that, but in the context of a song it has wings to fly as well as a statement to make.

Not only does this number have “hit song” written all over it, there is no arch demographic aimed at but music enthusiasts of all ages and that might make it sound easy but can also come with difficulty getting heard. I hear no mistakes in the overall structure and timing, and the lyrical content also cuts through like it does with any hit. And when you combine the talents of Javi and Nacho and their history, it’s a no-brainer as to what makes it and them so outstanding.

“Atomic Bomb” could be one of the best singles of 2019, even though released at year’s end, because the album as an advantage over the next year, not the last. No Light In The Darkness, as an album, also goes the distance to bring their great sound to 2020 and beyond in the way albums are supposed to. I believe sticking to their guns is how The Push prevail, and their efforts go a long way to show for it. The only further advice would be to check out the video once you’ve heard it, you’ll see The Push for what they are, and who they are.