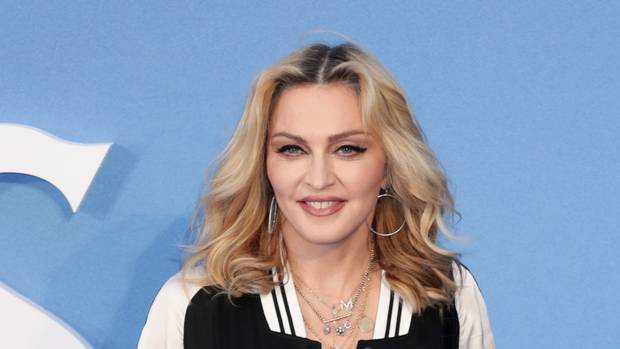 adonna has taken aim at America’s gun laws in her fiery new video.

The pop superstar released her latest promo for God Control on Wednesday (June 26, 2019) and in it she and a group of friends attempt to run for cover as a gunman opens fire in a club.

As her new Madame X character types the lyrics to the song in her apartment, Madonna’s blonde video alter ego is shot and killed on the dancefloor, surrounded by her blood-spattered dancers.

In a jarring scene, a children’s choir sings in a church as the coffins of all those gunned down are lined up end to end in the aisle.

Madonna warns fans the hard-hitting video, directed by Jonas Akerlund, includes “disturbing” images at the beginning of the promo, adding, “It shows graphic scenes of gun violence. But it’s happening every day. And it has to stop.”

She ends the eight-minute film, which also features gun protests, with some stark facts, posting the message: “Every year, more than 36,000 Americans are killed in acts of gun violence and approximately 100,000 more are shot and injured. No one is safe. Gun control now.”

After releasing the video online, Madonna released a statement that read: “I want to draw attention through my platform as an artist to a problem in America that is out of control and is taking the lives of innocent people. This crisis can end if our legislators act to change the laws that fail to protect us all.”

She also took to Instagram and added: “This is your wake up call. Gun violence disproportionately affects children, teenagers and the marginalized in our communities… Honor the victims and demand GUN CONTROL. NOW. Volunteer, stand up, donate, reach out. Wake up and insist on common-sense gun safety legislation… Innocent lives depend on it.”