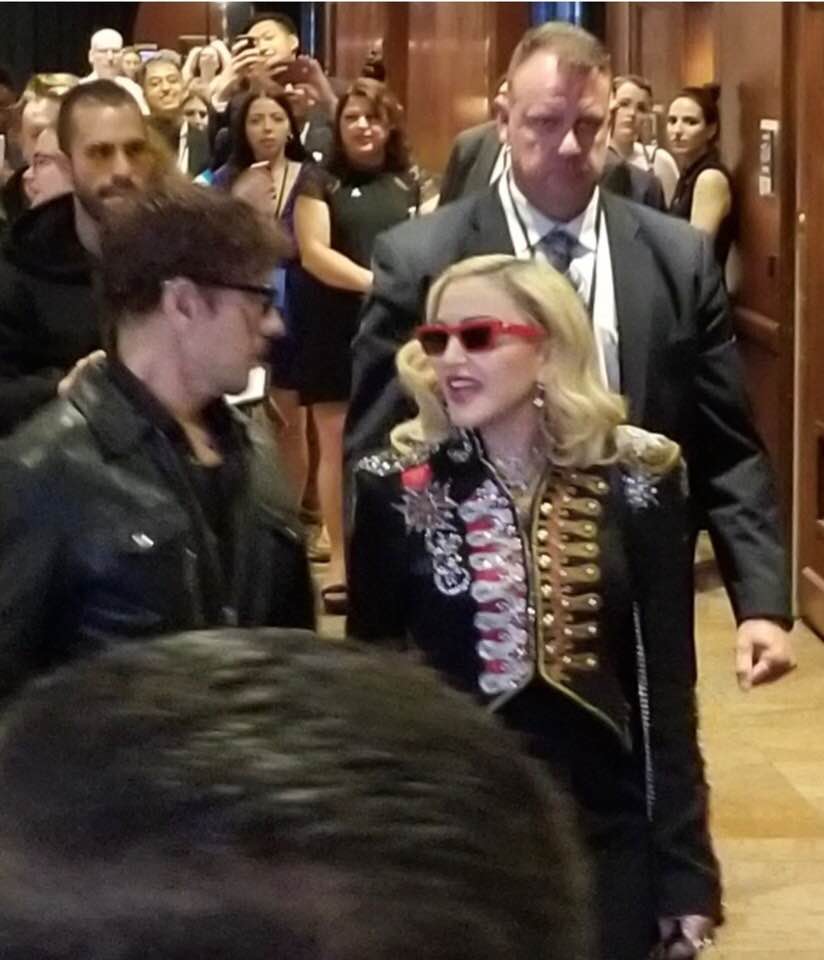 For GLAAD, A Milestone Moment By Nathan James 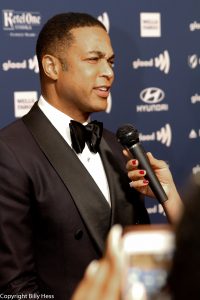 The Gay and Lesbian Alliance Against Defamation (GLAAD) reached an important milestone in its history this past weekend, as the watchdog group marked its thirtieth anniversary. Carrying forward its mission of promoting positive depictions of the LGBTQ community in the entertainment industry and journalism, the GLAAD Media Awards are held on both coasts every year. Each of these star-studded ceremonies recognizes excellence in portrayals of LGBTQ people and honors the support of allies and influencers in helping the rainbow thrive. This year’s New York City ceremony was held at the posh Midtown Hilton, and a cavalcade of luminaries held forth on the Red Carpet before the formalities began. 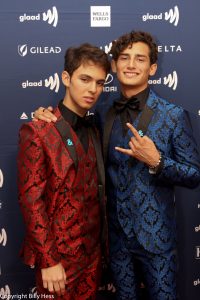 There were notable people on both sides of the velvet rope as the celebrities arrived. At the GLAAD Media Awards, it’s not unusual to see out movie star Tym Moss talking it over with Rosie O’Donnell, celebrity journalist Eileen Shapiro hobnobbing with Sarah Jessica Parker, Get Out! Magazine CEO Mike Todd covering Shangela’s fabulous entrance, or nightlife shutterbug Billy Hess (who made the images in this story) capturing it all for posterity. Every aspect of LGBTQ involvement in the industry was represented, as GLAAD President Sarah Kate Ellis joined stars including CNN’s Don Lemon and Anderson Cooper, POSE TV series and Broadway superstar Billy Porter, Vito Russo Award recipient Andy Cohen, YouTube impresario Kalen Allen, comedienne Samantha Bee, and MTV host Zeke Thomas. 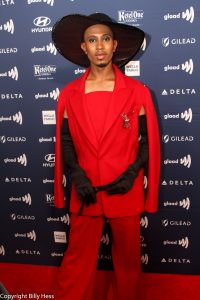 Echoing the progress made in LGBTQ presence on television were other POSE cast members, including Dominique Jackson, Indya Moore, Ryan Murphy (incidentally, POSE, co-produced by trans writer Janet Mock and gay EP Steven Canals, took home the Best Drama Series GLAAD Award). “POSE is all about ballroom,” Jackson, an accomplished trans actor, tells The Hollywood Digest, “and finally [the networks] realize that!” This theme of inclusivity was felt throughout the evening’s festivities, as presenters and honorees alike reiterated how important it was to maintain unity. Of course, the highlight of the whole extravaganza was a show-stopping appearance by pop icon Madonna, who was given the prestigious Advocate For Change award, an honor previously bestowed only on former President Bill Clinton.

Madonna, 60, has been a steadfast supporter of the LGBTQ community over the entirety of her storied career, and the legendary vocalist gave an impassioned acceptance speech that summed up her advocacy over the years. Of her work on the documentary film Truth Or Dare, Madonna reflected, “I had no idea it was going to inspire so many gay men to A) give blow jobs to Evian bottles, or B) just have the courage to come out and be free, take a stand and say, ‘this is who I am’”. Crediting Christopher Flynn, her high school dance teacher as her motivation, Madonna reminisced about going with him to a gay club. “For the first time,” Madonna recalled, “I saw men kissing men, girls dressed like boys, boys wearing hot pants, insane, incredible dancing, and a kind of freedom and joy and happiness I had never seen before.” More somberly, the Grammy-winning songstress also described her experience with the AIDS holocaust. “The plague moved in like a black cloud over New York City, and in the blink of an eye, took out all my friends.” 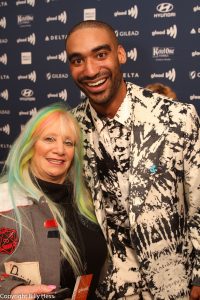 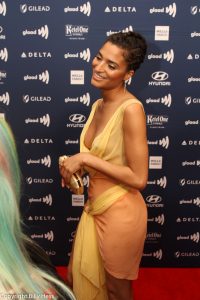 Encapsulating it all, Madonna said “It’s OK to be different.” 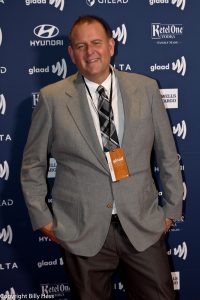 That difference is the LGBTQ experience, and how the public at large views the whole community defines the way it is treated. In an age where homophobia is resurgent, the work of agencies like GLAAD becomes even more critical, as Sarah Kate Ellis notes. “We must remain ever vigilant,” Ellis states, “in advocating for our right to live freely, with dignity, and without fear, and to share our stories with the world.” Three decades on, that agenda, if it can truly be said that there is an “LGBTQ agenda” is just as real as it was the day GLAAD opened its doors. Ellis remains optimistic that there will be full equality for all sexual orientations and gender identities one day. That’s what she, and all those who work with her, are striving for. The GLAAD Media Awards is but a glimpse of the greatness involved in that struggle, a little vignette of what the LGBTQ community does and achieves every day, moving always upward towards the light. 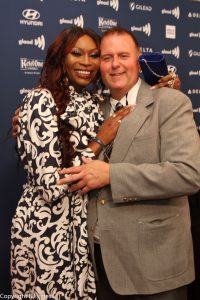