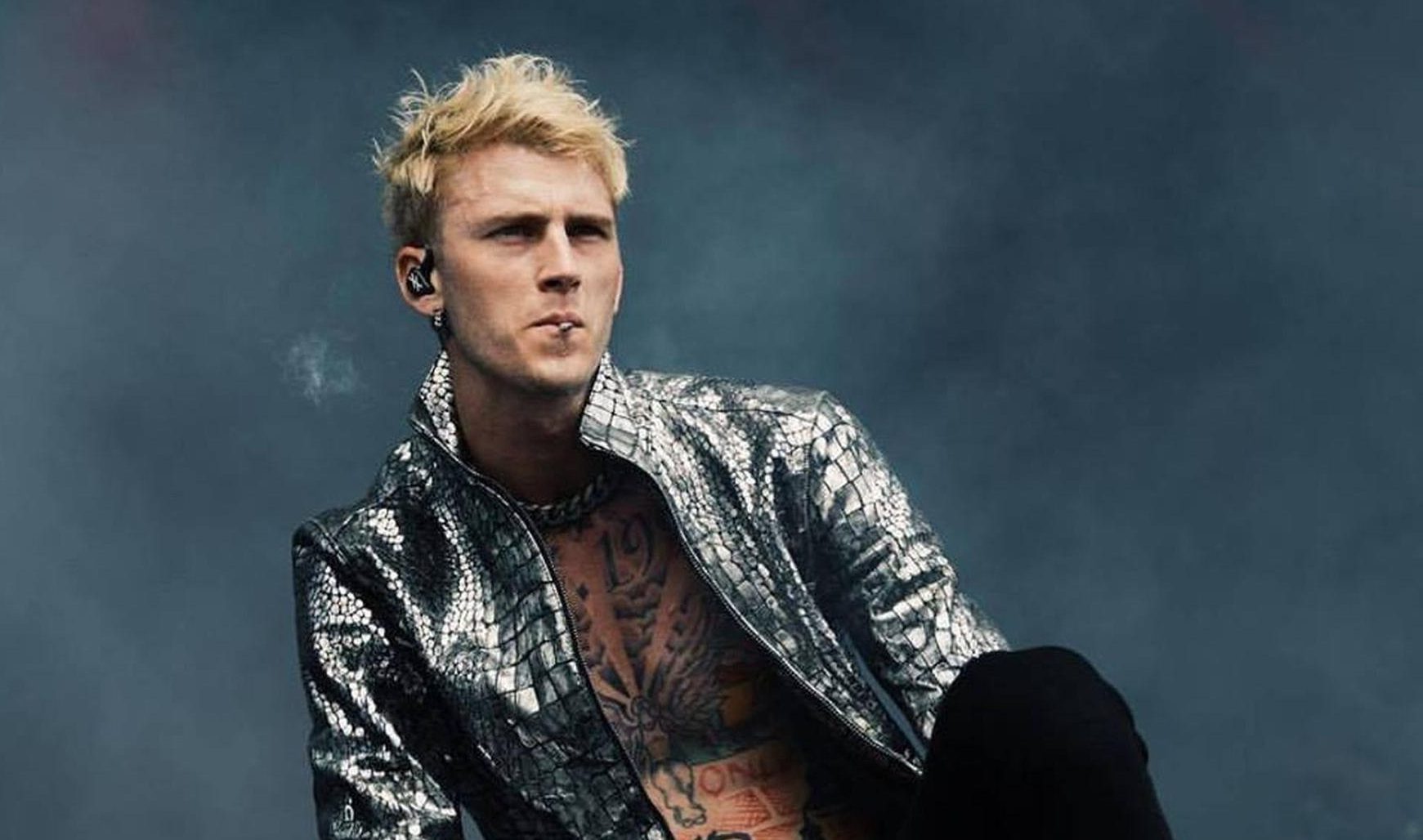 And in a chat with Apple Music’s Beats 1 DJ Zane Lowe, the Rap Devil star revealed he was influenced by two artists in particular to go in a different direction with his new album Hotel Diablo.

When Lowe asked if starring in the Motley Crue biopic The Dirt made him keen to embrace rock influences he confessed: “I think that did, and I think Chester passing did that for me, too.”(Hotel Diablo is) the album I always wanted to put out”.

The rapper, real name Colson Baker, was also inspired by the late Mac Miller’s simpler approach to his career.

“I got rid of all the bells and whistles on this project. It’s all about being an artist more than a celebrity… This time around, the music’s too good and I’m not doing anything but being myself. There’s no added chains, there’s no added statement jackets.

“You know who did a great job with this? Mac Miller,” he said of the rapper who died from a suspected drug overdose last September. “When I looked at Mac, I just saw a talented young man. I didn’t hate on the thing that he did.

“I was so impressed all the time, by his musicality, by his mental, by him as a friend. And that’s the ultimate goal for me, is to walk around and have that respect and to not have all this extra stuff follow me. Because extra stuff and drama and alpha male hate has followed me for a long, long time.”

Hotel Diablo, the follow-up to Kelly’s 2017 album Bloom, will be released later this year.