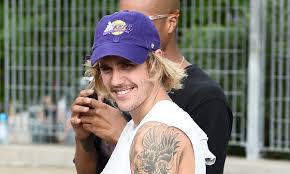 Justin Bieber will release his new album before Christmas if his latest Instagram post gets 20 million likes.

The star took to the social media platform on Sunday evening to upload the post, which read: “If this gets 20 million likes, Justin Bieber will release an album before Christmas.”

“Love you guys pumped for it. I’m almost done, but your support will make me move faster.”

In a previous post in a similar style, Justin shared another graphic reading, “R&BIEBER” – with a string of music and video emojis – leading fans to suspect the new project was coming soon.

The campaign comes after the 25-year-old thrilled fans when he announced earlier this month he was set to drop new tracks soon, telling his 119 million followers in an Instagram Live stream as he rode his Segway round the house: “I’m putting out an album this year.”

When questioned by his wife Hailey, “This year meaning before 2020?”, the I Don’t Care star insisted: “Album coming out this year… legit though, like this year.”

Justin’s post has already amassed over 5.4 million likes, with artists including DJ Khaled and Miley Cyrus showing their support.