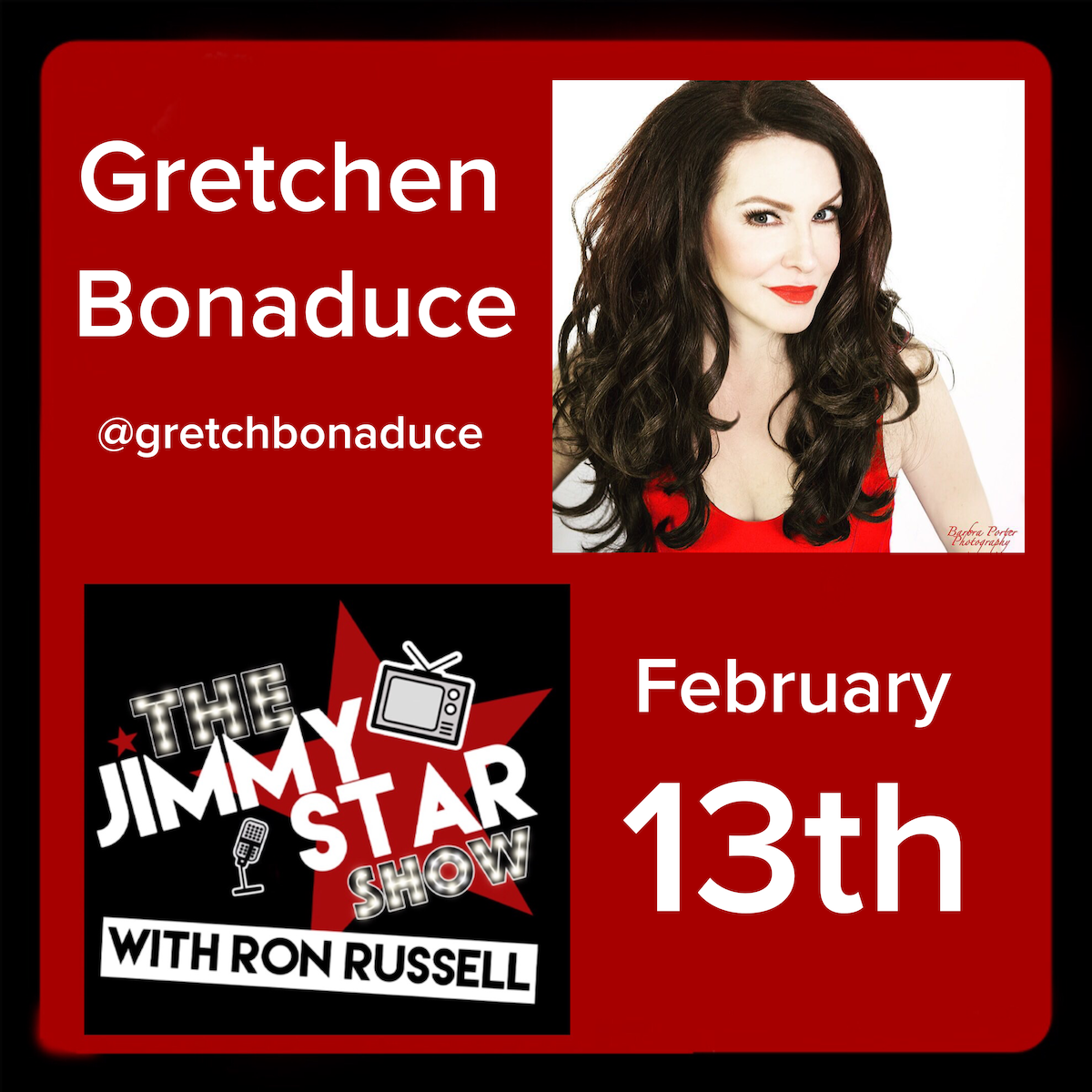 Gretchen Bonaduce will be a featured guest on The Jimmy Star Show live radio/tv show hosted by King of Cool Jimmy Star along with Cool Man About Town Ron Russell to discuss her new book “Surviving Agent Orange”, her career and the entertainment industries at large. The Jimmy Star Show is tv/radio’s coolest hit show, featuring the best in music, entertainment, fashion and pop culture, all from a fun industry insider perspective in a completely live, unedited fast-paced two-hour conversational format.

With talent, tenacity, and charisma, Gretchen Bonaduce has proven time and again that she can overcome adversity and make her dreams come true. Her first associate producer credit came from the 2003 NBC show Life Moments. That same year, she was picked to shoot a pilot for the soap network with daytime soap star Lisa Rinna.

Learning she had a knack for producing shows, she then when on to Executive Produce two seasons of the Vh1 hit show, Breaking Bonaduce in 2005/2006.

Not only did she executive produce on the show, but she also appeared as a cast member alongside her then husband Danny Bonaduce and their two children. The series showed her positive attitude and strength, while trying to balance a family with a chaotic marriage.

In 2008 Gretchen executive produced on another VH1 show, I Know My Kids The Next Child Star.

Also in 2008, she was invited to be a contestant on the game show, Gimme my Reality Show where celebrities competed with each other to win their own show. America voted, and she won by a landslide! Proving without a doubt her popularity and ability to connect with an audience. She then went on to present at the 2008 Really awards for Fox Reality.

She has appeared on numerous talk shows over the years including, Oprah, Phil Donahue, The Other Half, Love Lounge, The Big Idea with Donny Deutch, Biography, and Dr. Phil.

She also is quite sought after for guest spots and has appeared on many hit shows like Million Dollar Listing, Inside Hollywood, Ex Wives of Rock, Beverly Hills Pawn, E True Hollywood Story, and most recently the Hollywood Hillbillies for the Reelz network.

In 2014/2015 she appeared in the cast of the Vagina Monologues at the Atwater theater in Los Angeles.

Currently she has 1 show with Core Group (producers of American idol) that she is Executive Producing on and several more that are being pitched at the network level. She also has a family war picture that she is pitching and also pitching a movie based on her book “Surviving Agent Orange and other things I learned from being thrown under the Partridge Family Bus.”

In her spare time, she fronts the Los Angeles based band “The Fatal 80’s”. The band has opened for several 80’s groups including, Missing Persons, The Tubes, Flock of Seagulls, and the Motels. The Fatal 80’s are currently being considered to play international resorts around the globe. Over the last year she has been working hard on her memoir “Surviving Agent Orange and other things I learned from being thrown under the Partridge Family Bus,” which was released on August 14th , 2018.

The Jimmy Star Show with Ron Russell is pleased to showcase the expertise and talent of Gretchen Bonaduce and all anticipate a fun and informative time talking with her about her career and the entertainment industries at large.

To hear/see Gretchen Bonaduce live on the Jimmy Star Show with Ron Russell tune in to W4CY radio on Wednesday February 13th, 2019 from 3-5 pm ET and 12-2 pm PT online at www.w4cy.com from anywhere in the world!