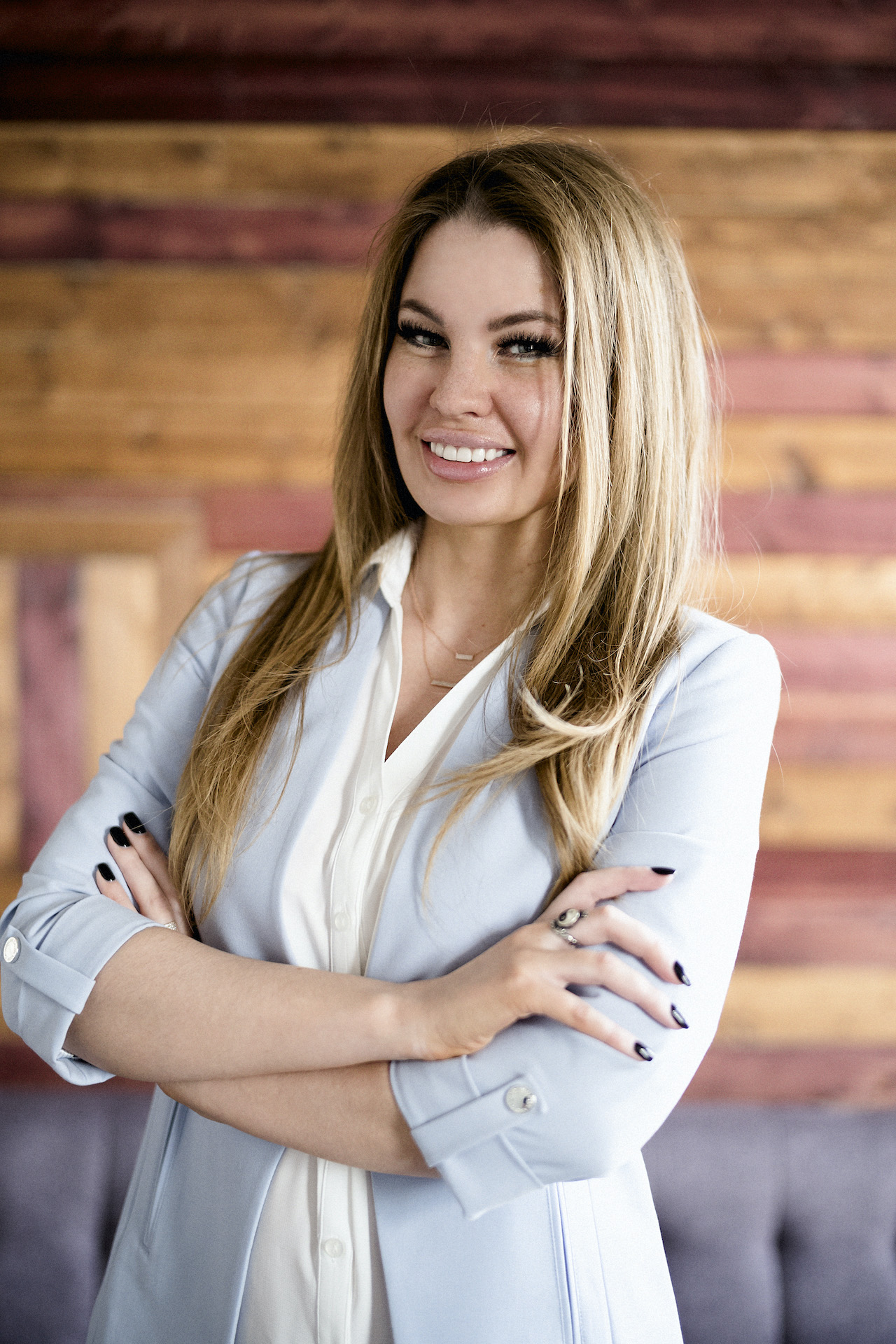 April Ryan is a self-starter and has always been someone who challenges the status quo. “I am my own person,” she says. “I do my own thing. I don’t follow the pack.”

This spirit has made her an entrepreneur at heart. Her journey started in Russia.At 18 years old she had already established herself as one of the top nail technicians in Moscow, while continuing to work on building her brand. April’s life would be changed forever when she came to the United States. “In Russia people would say, ‘You can’t do this because you’re a girl.’ In America I was free from the chains,” she says.

She began her new life in the United States as an assistant manager for a salon, but she had grander plans. She would start her own business. However, that was not enough either. Ryan needed to be more than just an entrepreneur; she wanted to stand out and become something bigger than what existed at the time.

April set out on her journey, and after several years she reached her goal. She had started Red Iguana Nail Art Design Studio , which quickly became one of the most popular salons in New York City’s Upper East Side. It was at this studio that April developed her own nail art technique that would revolutionize the nail industry. This gave April a platform from which to launch her second venture: silicone practice hands for technicians which are now known globally.

Talking to Rhonda of The Rhonda Swan Show, April shared her mindset and what she recognizes as the key values toward building yourself as an entrepreneur. From affirmations, to manifestation April takes you through the grounding and the self-awareness necessary behind the face of business; the hands of Red Iguana.

The Rhonda Swan Show is ‘The Room’ for impactful, inspiring and educational conversations and interviews from those who have dared to follow their dreams, straight into the ears, minds and hearts of those with big ambition. That’s YOU!

Best Selling Author, International Speaker and World-Renowned Online Brand Strategist, Rhonda Swan is the Founder of Unstoppable Branding Agency and is dedicated to helping people turn their passions and dreams into a tangible and sexy reality.

Once we were wild, this is the time to re-wild ourselves. To return to our fierceness and truest form and expression as women, come be wild with us.

This Episode is jam packed with pure light along the leadership path.