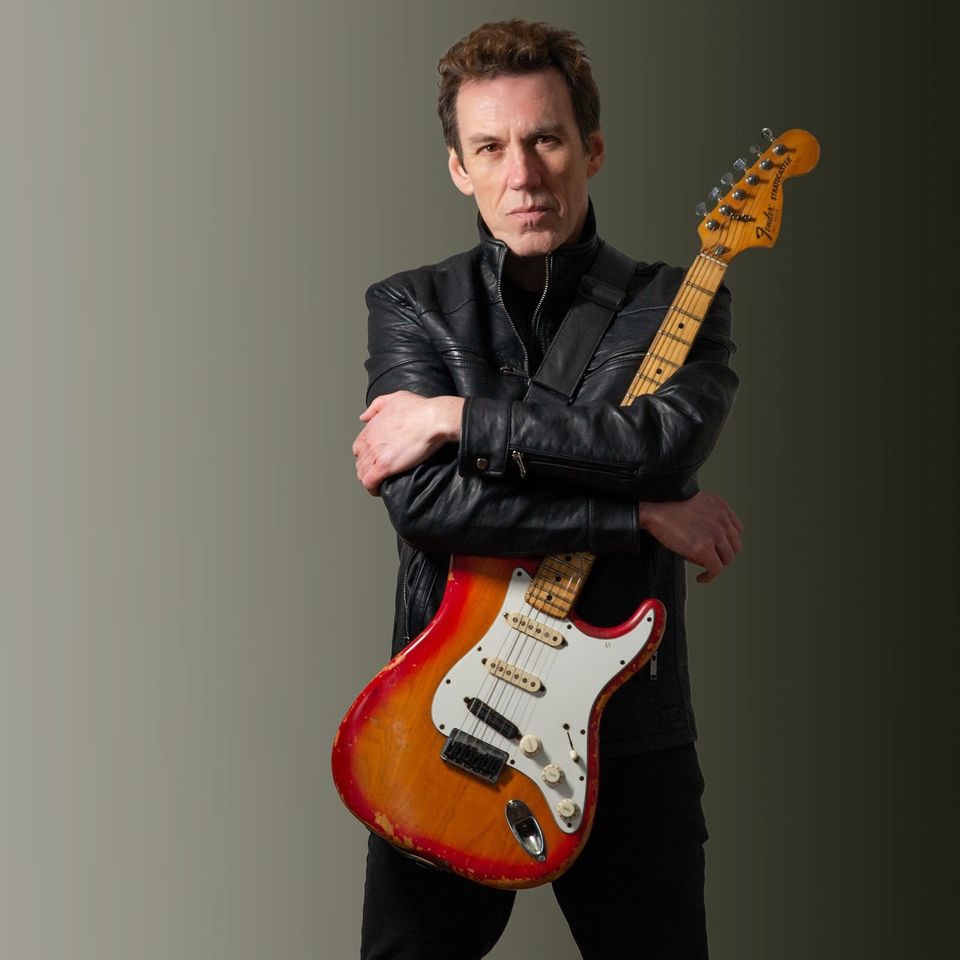 The magic of the music on Joe Hodgson’s – Apparitions, should not be taken anything but seriously by fans of guitar virtuosos and guitar gods alike, from Gary Moore to Steve Vai and others of the same ilk that combine all the elements but finish most strongly with a rock edge no matter how you slice it. Hodgson covers a lot of ground as he flows freely between all the scales from blues and jazz to rock with excellent Latin percussive values driving it all the way. This is an outstanding record, which is never a short order.

As “Cantata 147 / Fly Your Flag” begins it immediately surprises with a traditional famous classical melody before launching into a major assault attack on the senses. Out of nowhere the room fills with music and you are hooked at every bombastic hair-pin turn you want to go back and play over again before even getting to the next track like the way it used to always be. The flow of greatness continues with “Serena Sonata” with Hodgson seeming to channel his inner Carlos Santana and showing off his prog inclinations on another face melting cut.

INSTAGRAM: https://www.instagram.com/joehodgsonmusic/
“The Last Breath,” is a fresh one indeed, as well as “Long Hard Look” bringing some country flavor into the mix but staying grounded in jazz at the same time with Hodgson doing what he does so well, including a series of flurry guitar runs and a smoking finish. And “Disrupter” starting off with some more classical inflection before going full on virtuoso with some astonishing playing by all. What an over the top display of musicianship going on here without losing a thing to listen to which can get buried when that is the case.

“10 Feet From Chaos” is almost downright heavy metal and where the album really starts to peak hard with more complexly arranged numbers coming on strong and keeping it that way. Lots of drums help this showcase be all it can be, as they fight for equal airtime with Hodgsons’ intricate and very speedy guitar parts.  “Portrait Of Portia Jayne” makes her appearance at this point with a welcomed romantic sort of ambiance at just the right time. And last but-not least a few more tracks dazzle with the cool “Resurrection Dance,” and “Your Fragile Heart” complimenting each other so well. It is really okay to see “Redneck and the Snowflake” through to closing with “Losing You Again” and calling it one of the best releases of 2020.