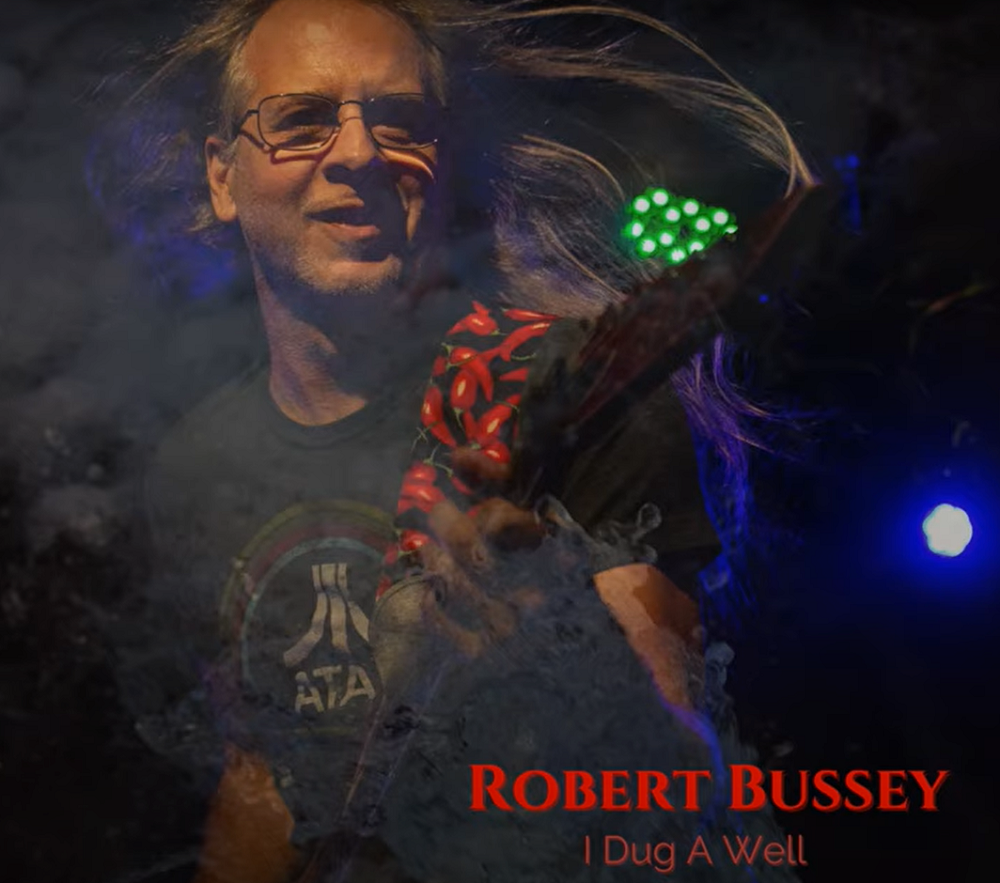 With cascading harmonies serving as the bread and butter of expression in a manner normally reserved exclusively for lyrics and the singers tasked with conveying them, the string forms a gorgeous layer of emotion within Robert Bussey’s “The Artesian Well” that can be found throughout the whole of his new album I Dug a Well this summer, but in this track in particular, it’s all the more enticing thanks to the stereophonic layout of the music. There’s a full-bodied feel to most every piece of material you’re going to hear in this LP, and though I can’t say whether or not Bussey’s indulgent virtuosities will appeal to the minimalist rock crowd gaining a foothold in the underground today, I don’t think it needs their approval to quake as hard as the best guitar records to see release in the past ten years have.

Guitar worship is the order of the day in I Dug a Well, and whether it comes as an homage to Jeff Beck ala “The Pump,” or something more uniquely removed from the mainstream vernacular – “Changing the Channel,” “Breaking Bew Ground,” the Satch-esque “The Drill Bit” – it’s always fueled by a defiantly tight backing band supporting Bussey. He got lucky in finding such skillful players ready and willing to lend a hand in this effort, and while I think it’s obvious that he doesn’t need a lot of assistance to sound like an ace on the six-string, the company he keeps in I Dug a Well speaks volumes about his place within the indie rock hierarchy today.

The bottom-end tones we discover in “Banging Into Bedrock,” “Lost River Underground,” “Come to the Water Table,” and retro metal “Hope Springs Eternal” aren’t lacking in substance by any means, but instead contributing as much to the mood of the music as any of Bussey’s incredible fretwork is. There’s such a chemistry between the percussion and the bass componentry in the bulk of this content that one could make as much of an argument for this being a celebration of collective force as opposed to a true solo LP, but at the same time it’s difficult for me to picture a lot of this material coming together with the ease it does in I Dug a Well without my main man driving us home in every song. He puts a signature on this tracklist, and it’s unmistakable by the time we reach the conclusion of the record.

It doesn’t get much better for the guitar-lover in all of us than what I Dug a Well is built on, and whether you usually go for this kind of an album or not, I think rockers of all ages and backgrounds would be wise to take a peek at its ten songs for themselves before the summer season has come to an end. Robert Bussey is cut from a cloth of true string-born superstars, and he doesn’t have a problem showing off as much on every occasion he’s presented with in I Dug a Well. All in all, this is phenomenally good rock any way you look at it.