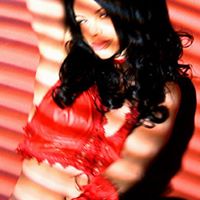 International superstar Alina Fierra, is taking her talents to new heights. With the help of mega producer Jeff Lewis,(music prodigy who toured with The Jacksons,Johnny Guitar, Watson etc.) Alina is currently working on her forthcoming debut solo project. During her days at UCLA, Fierra attended one of Lewis’ music classes, that would ultimately jump start her career. 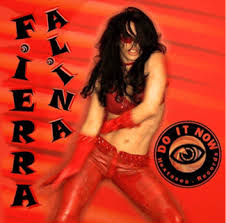 Alina’s band BEYOU won “Best International World Music Band of the Year” at the LA Music Awards. Soon after, the band broke up, and Fierra continued writing and producing her own material.

On May 22nd she released her first solo record titled “Do It Now” featuring George Rotaru. Alina and Lewis have plans on putting out her best material to date. Including the first ever Flash Mob Reality Music Video how to play and play back a player around Alina’s ex boyfriend and former Arizona Sun Devils basket ball player. Unknown to them, two male rivals get hired to play themselves on Alina’s new Flash mob reality music video “BEEN THINKING OF” I caught up with the two, as they discussed their magical relationship.

The Hollywood Digest Spoke To Alina and Jeff in an exclusive interview:

HD: How did you all start creating music together?

JEFF: After attending my UCLA class, Alina brought her full band at Moonlight Studios to record their first album. After winning an award, the band broke up but Alina kept writing and decided to record her first solo album. She asked me to produce it and I gladly accepted.

ALINA: I was very sad about the band breaking but kept writing. Loved recording with Jeff the first album, so it was only natural to ask him to produce my second one.

HD: What is the connection you both share with UCLA and how did it impact your music aspirations?

JEFF: I taught for UCLA Extension for 23 years and I encouraged all of my students to pretend that the big record companies just don’t exist and to independently pursue their own musical goals with confidence.: Taking those music production classes at UCLA were life changing, not only because I learned so much about making music but also because I got to meet Jeff.

HD: As a Reggaeton Pop Star, how have you used your platform break barriers in the music industry?

ALINA: Barriers? What barriers? Haha. There are no barriers when it comes to creativity. I just do what comes naturally and write from the heart. To me is most important creating a personal connection with the listener. Moving someone’s heart and feet is my goal and reward. 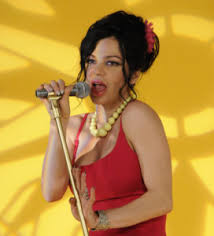 HD: What was the inspiration behind your historic flash mob reality video (Alina)?

ALINA:  In an ocean of so many talented independent artists, I felt that I had to do something to help me stand out. I wrote “Been Thinking Of” after a humbling love lesson, so a grand gesture and a flashmob felt very appropriate.
Haha. You won’t believe what we had to do to pull this off. So how many things went wrong and almost wrong, plus the shocking end. You will be able to see it all soon on “The Story of BTO” documentary.

HD:How does it feel to be an award winning artist? (Alina)

ALINA: It feels very rewarding to be recognized and feel responsible to do it bigger and better this time. Music is my life, my beautiful obsession and antidote for spontaneous combustion.

HD: How rewarding has it been since founding Moonlight Studios with David Vasquez?

JEFF: For 38 years David and I have helped independent artists and songwriters produce quality music.  For some of them it has helped them make a living doing music, for a great many others it gives their lives purpose and identity.

HD: How have you been able to maintain being a member of TIERRA while producing artists such as Alina Fierra?

JEFF: TIERRA is a veteran act these days that is not out on the road for long periods of time.  We rehearse one evening every week to add new songs and sharpen our show.  As for touring, we are “weekend warriors”… we travel to different cites mostly on the weekends, do our concerts and are back home by Sunday or Monday.
Moonlight Studios then is my “day gig”… Monday through Friday daytimes plus a few evenings a week. Getting out in front of large crowds and performing live with TIERRA brings great perspective to my studio productions.  Working on complete productions at MOONLIGHT STUDIOS brings a valuable “big picture” view to my live performing. I think it is a perfect balance. 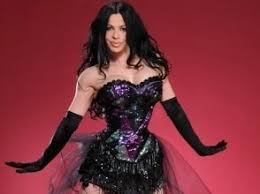 HD: What is next for you two?

To stay up to date with Alina and Jeff check out the links below: