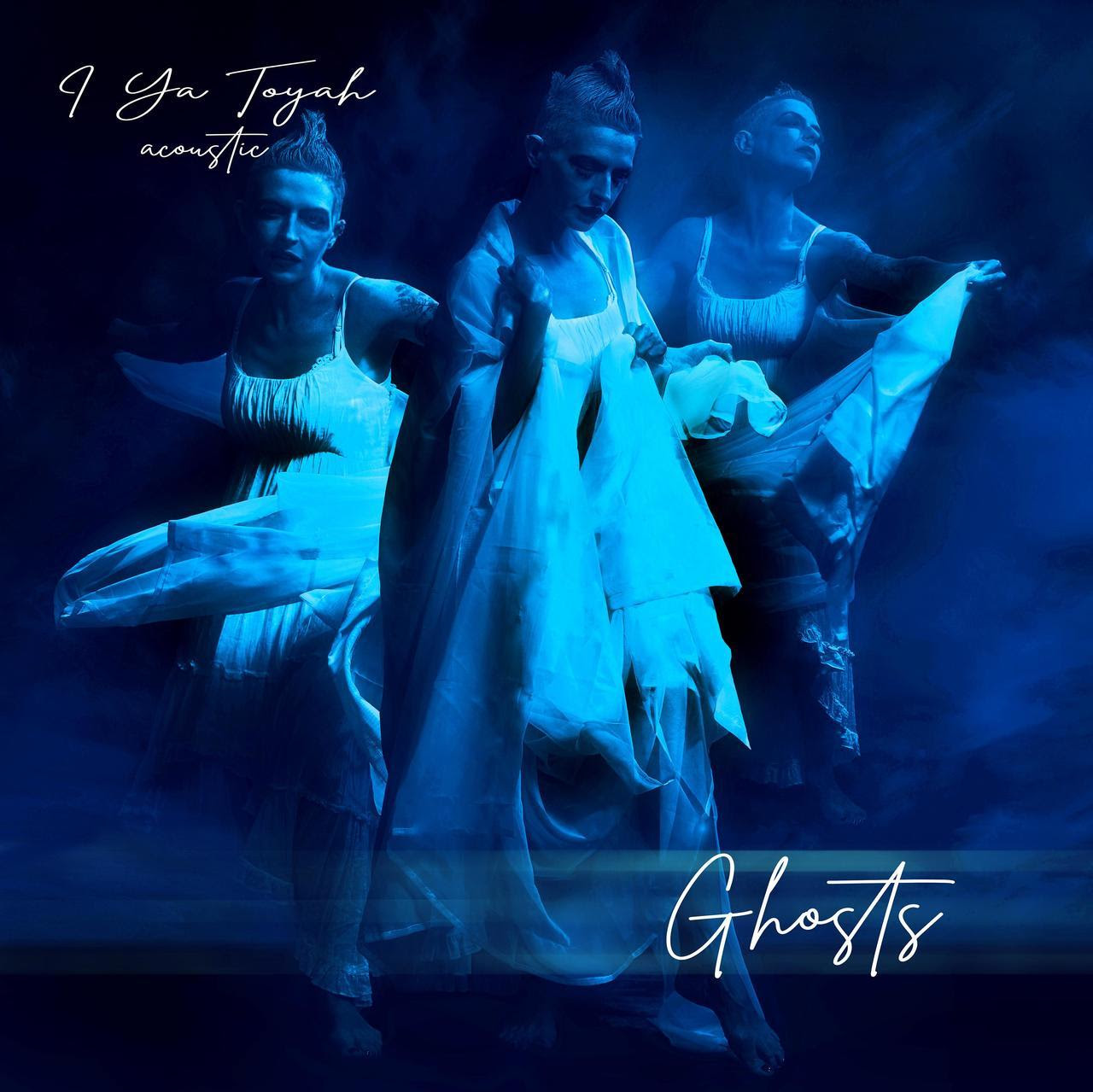 I Ya Toyah “Ghosts” EP

Chicago Singer/Songwriter, I Ya Toyah, is set to release her Ghosts EP on Oct 28. The EP will consist of only 3 songs, all of which are acoustic versions of some of her previously released material. “Time Machine,” “Pray,” and “Code Blue,” all get the stripped down treatment on Ghosts. Primarily know for her gritty, industrial flavored work, IYT is showing a different side of herself on her latest release. The results are haunting, ethereal, and beautifully erratic.

With her occasionally fragmented approach to songwriting and performance, IYT is somewhat comparable to Tori Amos. There’s a hushed secrecy to her work, that’s also hidden in plain sight to the right set of eyes, or maybe ears in this case. There’s no question that IYT pours every ounce of passion she possesses into these reimagined songs. In the end, what the songs lack in dense musicality are compensated for by IYT’s ability to hit incredible notes out of seemingly nowhere.

“Time Machine” is the first track from Ghosts, and it sets a hollow, cool, and slightly sprawling tone for the album. IYT’s vocals are micromanaged to perfection, recorded at a volume that is virtually transparent. Gravity is in between/you and I/need a time machine. IYT keeps it simple but no less profound than you’re likely to find anywhere else. This one, like most of the rest of the album is so visceral you’ll feel like you’re in the same room with IYT.

“Pray” is slated to be the first single from Ghosts and it’s painfully obvious, why. IYT leans into her Lady Gaga like range, and makes a more than flattering showing for herself. With a voice that sounds like that of a tortured angel, vociferously attempting to flee the depths of purgatory, IYT kills it. There’s a note towards the last quarter that has to be heard to believed, as you can literally feel it in your spine. While there aren’t a great deal of dynamic crescendos in this piece, IYT’S pleas to pray for her, won’t soon leave your soul.

Just when we’ve reached the end of the journey, “Code Blue,” dramatically increases the sense of urgency that’s understandably missing until this point. IYT proves why she has every conceivable tool to become a Pop Icon, with her performance here. It’s gripping, compelling, and envelops by softly energizing you. While “Pray,” may be the first single from Ghosts, “Code Blue,” steals the show in a blazing finale. Go out of your way to hear this entire album, but especially the closing track.

The level of production on this record cannot be overstated. After nearly 25 years in this industry, the clarity and texture of these recordings are quite possibly unequivocal to anything I’ve heard. With simply a piano and a voice, IYT subtly hypnotizes you over the course of about 15 minutes. While you may only visit this record when the mood calls for it, its brilliance is indisputable. Ghosts will be available on Oct 28th.