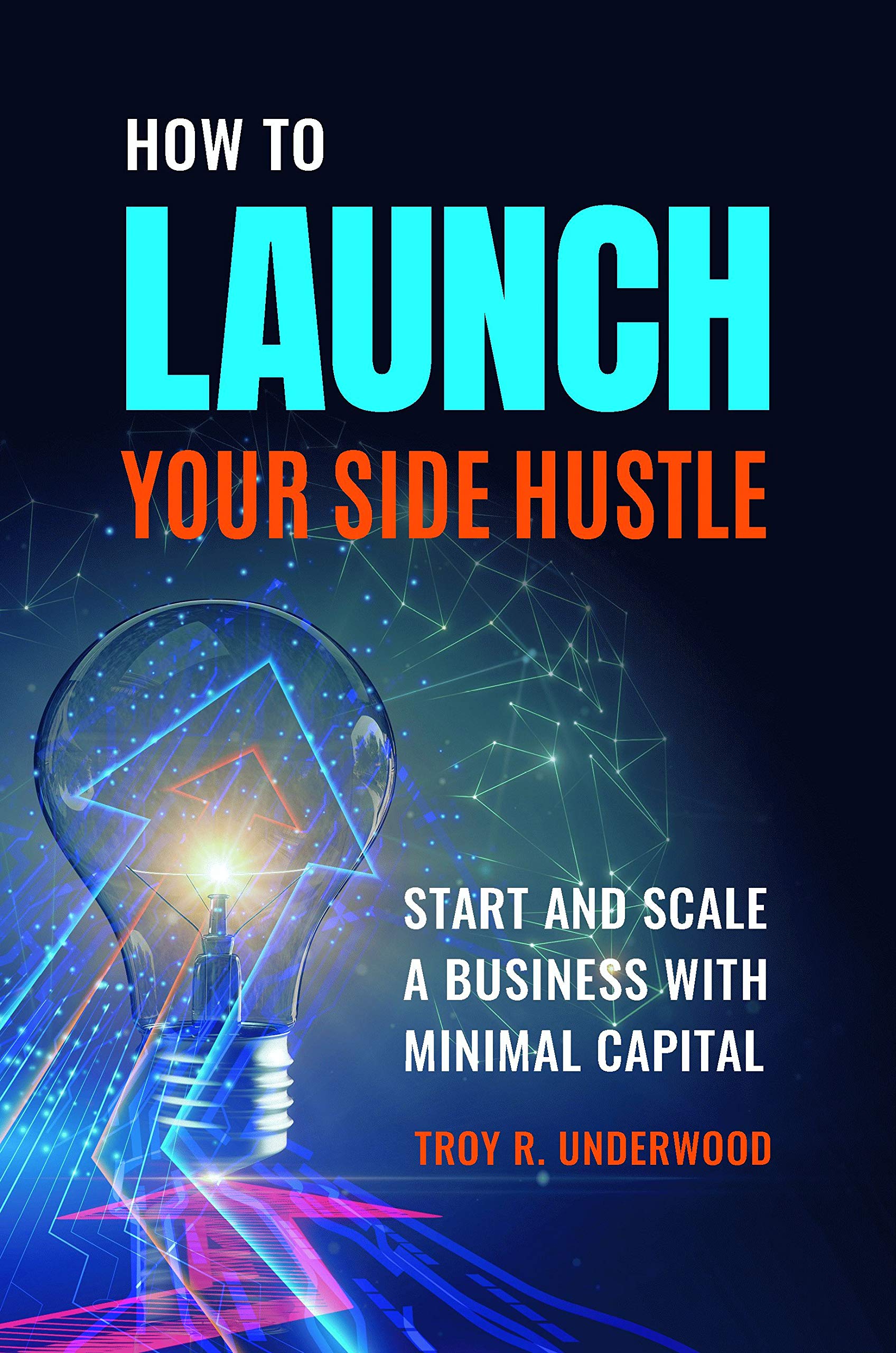 “How to Launch Your Side Hustle” by Troy Underwood

Troy Underwood has brimmed with ideas for making money and testing limits since his youth. That propensity paid off handsomely for  him once he hit upon the idea of digitizing vehicle title records – the idea promised to carry a slow, time-consuming and paper driven process out of the administrative dark ages into a faster and more streamlined future that saved ultimately saved state’s money and made him very wealthy. His book How to Launch Your Side Hustle shares his experiences and observations about what it takes to translate a blossoming  entrepreneurial spirit into action and delves into the assortment of topics that such people need to address in order to bring off their plans in a productive and rewarding way.

It isn’t Underwood’s natural wont to put his thoughts into words in manner such as this, given his background, but you can’t tell reading this book. Underwood has obviously given a tremendous amount of consideration towards what it takes to give flesh to the spark of an imaginative idea and each of the book’s ten chapters covers its respective topic in a top down style leaving nothing out. There is no skimming, no paying lip service to the voluminous demands placed on people looking to find new ways of approaching existing business models.

He writes with assurance and a thorough commitment to making his ideas clear for readers. There is a certain amount of business theory jargon incorporated into the book, but it is never overwhelming and self explanatory without exception. The same laser focus he brought to his entrepreneurial efforts translates to the pages of this book quite well – there isn’t a single extraneous word throughout the entirety of the text. This has the concomitant effect of curtailing the book’s ;length. You can devour How to Launch Your Side Hustle in a single setting, but the book likewise invites repeated consultation. It’s a worthwhile text to accompany anyone in their initial efforts establishing their start-up.

He buttresses his experiences and ideas with a generous amount of research that reinforces the points he makes through the book. Despite the wealth of reference material he draws from, these resources never overwhelm the central strength of the book – his voice. Underwood’s voice is key to the book’s success. He writes like someone invested in the success of his readers and, undoubtedly, there’s a degree of “giving back” driving the composition of How to Launch Your Side Hustle.

This spirit sets it apart from many similar books available at this time. From the person first grappling the inklings of an idea to those ready to embark on an entrepreneurial journey, Underwood has written a book with something to offer to readers of every stripe. Undertsnainf Underwood’s message is never difficult, he never lords presumed superiority over its readers, and crackles with intelligence and keen insight from the first page to last. Such books are uncommon and one finishes this believing Troy Underwood has even more to say on the subject we will hopefully hear with future texts.