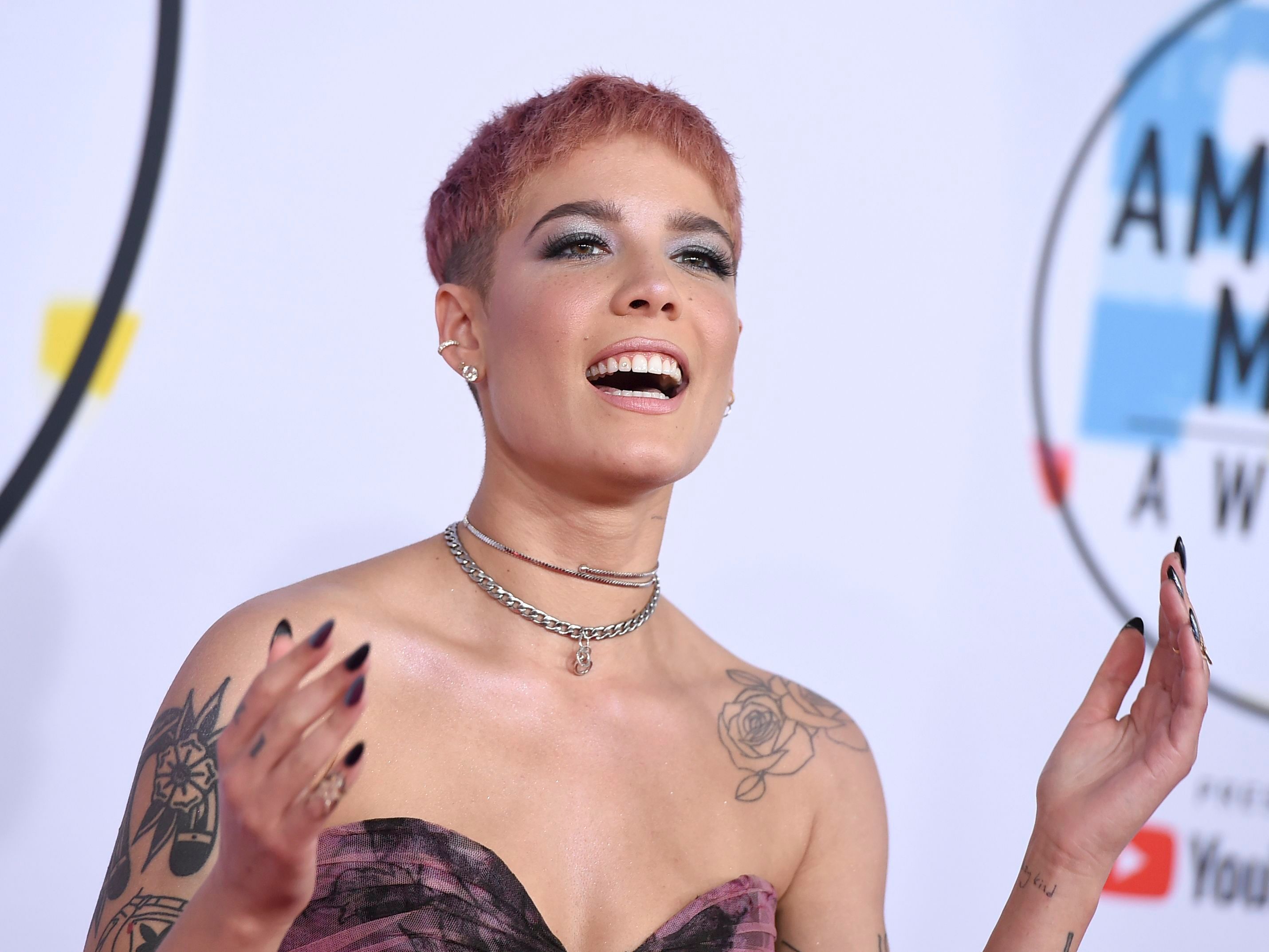 Halsey: “The biggest lesson I learned was to make art, not headlines”

“The biggest lesson I learned was to make art, not headlines,” Halsey says about handling her public breakup with rapper G-Eazy. “Because it can become quite easy, in the social media generation, to go from being a musician to becoming a personality.” The singer-songwriter channeled her emotions into “Without Me,” her biggest song to date which hit #1 on Billboard charts. For Glamour’s cover, Michelle Lhooq speaks with Halsey about the double standard faced by female artists, and where she’s headed next.

In the interview, Halsey speaks about the suicide attempt at age 17 that led to her bipolar diagnosis: “It was a lot of things happening at once, with a complete lack of direction.” But, she says it taught her she didn’t really want to die and is thankful she went through that experience pre-fame. “Given what I’ve been experiencing the past couple of years, if I hadn’t already had my meltdown, who knows when it would have happened?”

Halsey, catapulated to fame by posting videos of herself singing to Tumblr, SoundCloud and YouTube whilst living on the Lower East Side of Manhattan “in a fucking heroin den,” struggles with the critiscm and ridicule that she receives on social media. She looks to music as her main coping mechanism, where her intent can’t be misunderstood. “[In a song], you can’t take that thought or opinion out of context. It’s a way of making sure that people hear you, that people understand you.”

The 24-year-old challenges the narrative that she competes with other artists in the pop culture sphere. “We are just not fucking having it…We’re so supportive,” she says of her relationship with musical peers, Ariana Grande and Lorde. She points out that men are seldom accused of hating each other, even if they have similar appeal. “There are so many male artists who are regurgitations of each other: they all fucking dress the same, they all have the same stylist, they all wear the same fucking clothes, they write with the same writers. We live in a world where women are required to be so fucking original, it’s crazy.”