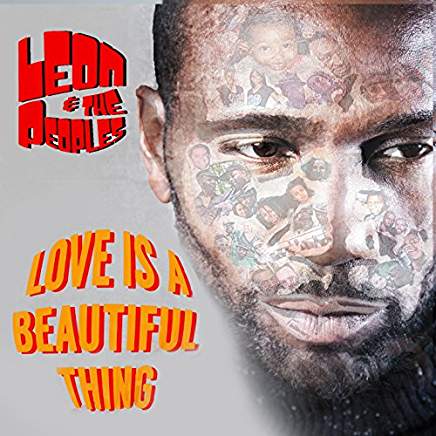 Leon Robinson, actor best known for his role as the late singer David Ruffin, from the TV Movie series titled the Temptations, has recently released a new album with his band, Leon and the Peoples entitled “Love is a Beautiful Thing.” Robinson is no stranger to music, as he is a critically acclaimed actor who has depicted many singers on the silver screen, such as: Little Richard, David Ruffin, and JT in Robert Townsend’s film The Five Heartbeats. The movie star is well credited in Hollywood, and is considered to be a Hollywood Sex Symbol, where women fell in love with him in the hit film “Waiting To Exhale,” which is sure to be a benefit in his music career. Being introduced to music at a young age, Leon says that he found comfort in the Reggae genre, “I was always more comfortable with that style because of the sultriness of the style — incorporates soul, gospel, dance … everything which I love… it made me want to sing.” So, although Leon releasing an album may come as a surprise to some, his interest and passion for music I’m sure does not.

Love is a Beautiful Thing, released by the Spectra Music Group is a very diverse album that mixes a variety of genres such as funk, reggae, neo-soul and R&B, a perfect combination to accompany Leon’s charismatic and charming lyrics. It is a varied album that alternates from slow soulful jams to up-beat dance tracks that seamlessly keeps the album groovy and sets the mood for any environment. “Beautiful”, is simply beautiful and is the first track on the album that sets the tone for the remainder of the record. Its hypnotic and groovy bassline with the accompaniment of a piano sets for a mesmerizing song and is kept on repeat for me. The first song in albums are usually the first and lasting impressions that keep listeners intrigued and wanting more and I believe Leon and The Peoples’ Love is a Beautiful thing, did just that. However you’re feeling, whatever mood you’re in there’s a song for you on this album.

In 2015, Leon and the Peoples released the single entitled ‘Love is a Beautiful Thing’ which charted on the Billboard charts multiple times peaking as high as number 3 through the Spectra Music Group. The band has been featured on BET’s 106 & Park, and have headlined several music festivals and concerts, including AIDS WALK NEW YORK Concerts (2014 – 2016), New Orleans International Music & Arts Festival, Atlanta’s National Blacks Arts Festival, and many more. In 2017 the follow up single titled “Beautiful” hit number 12 on Billboard’s Hot Singles sales chart for two consecutive weeks. The members of the band come from various backgrounds, whom all relate to one another by their passion for music. Their individuality creates an in-sync performances, providing an unbelievable experience. Leon and the Peoples are driven to capturing a world-wide audience with their unique Reggae soul sound that cannot be duplicated. I highly suggest downloading this incredible new album today. Get it on iTunes here: https://itunes.apple.com/us/album/love-is-a-beautiful-thing/1404787163