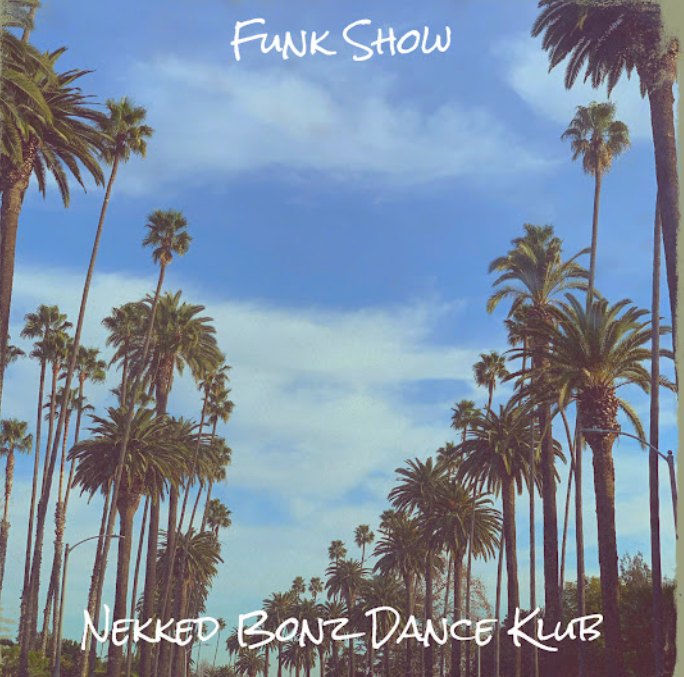 Pop is one of the more intricate styles of music to get right, but with the precision presented in “Funk Show,” NEKKED BONZ DANCE KLUB is making it clear that melding smart hooks and lean grooves is something that comes all too naturally. As its title suggests, “Funk Show” is all about funky bravado, and where a lot of other acts might have sounded just a bit over the top with this kind of material, NEKKED BONZ DANCE KLUB is offering up a very organic, straightforward approach that makes this sort of excess sound intriguing and provocative (especially amid an era as in love with minimalism as this one is at the moment). R&B fans and those who appreciate slick pop beats can’t go wrong here, as even the pickiest of listeners can enjoy something as freewheeling as this.

The drums aren’t as loud as they should be in this mix, and yet the percussive flow of the verses is still relatively strong and inviting to the audience. We’re not struggling to hear the depth of the drum parts, but I do think they could have been a little more prominent next to the bassline for the sake of the hook – that being said, I can also understand where NEKKED BONZ DANCE KLUB saw this as complicating something meant to be seamless and simple in style. Utilizing indulgence comes into play in other departments within “Funk Show” rather than driving everything from curb appeal to compositional construction, which is a point I’d love to hear more from his peers.

Genre-specific music is too frequently boring to keep the more creative voices in a scene contained, and this is all the more provable when listening to NEKKED BONZ DANCE KLUB in this single. The influence of soul and new jack swing can be felt on the backend of this mix as well as in the structure of the lyrics, and they blend with the conventional pop concept for the song as a whole wonderfully rather than making this piece sound like something out of a time machine. There’s already enough retro R&B and rock making its way onto the pop charts at the moment – what’s happening in “Funk Show” is steeped in far more duality, and just a touch more self-awareness, than what a lot of similarly stylized content has been in recent years.

If you’re expecting more of the same FM sound you’ve been hearing from a lot of artists in 2022 here, you’re going to be sorely disappointed by the critical wit of NEKKED BONZ DANCE KLUB in this all-new single and music video. “Funk Show” balances a very danceable beat with some of the lustier harmonies I’ve heard from an indie track in the past few months, and for all that it lacks in the plasticized predictability often adorning new pop music throughout the mainstream and underground the same, it more than makes up for in sheer moxie – the likes of which, I might add, have been difficult to locate in any genre of music recently, let alone something as broadly defined as pop is.