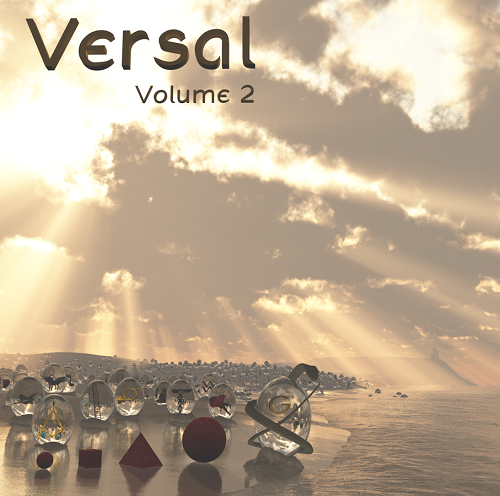 Music can be one of the most therapeutic tools a person can use in personal growth and simply finding solitude from one day to the next, and I’m reminded as much listening to the new album from Versal, Versal Volume 2 this winter. In tracks like the lush “Pencil Strokes,” ambient concepts are reimagined with a hearty dose of electronic agency and atmospheric melodicism in mind, and although it can be said that other songs like “Stages” offer as much organic compositional charisma as they do exceedingly impressive execution from their leading player, they sound even more exciting beside a collection as eclectic as this one is.

“Kind of Pink” and “Departed” aesthetically conflict on a couple of levels, with the latter having a distinctly classical tone over the former’s freewheeling, almost neo-soulful vibe, but they share enough of a creative foundation that they sound like they both belong in the same tracklist. Frankly, nothing here sounds out of place in the grander scheme of things, and when contrast becomes a centerpiece, it usually benefits Versal more than it does anyone or anything else, given that all of this is being made to showcase the versatility of the man behind the music.

“Vivi Aquas Montserrate” develops its textural presence much like “Stages” and “Your Eyes” exploit synthetic surrealism in the name of taking us back to a specific emotional place we might just as soon have forgotten like a dream in the morning light, and all three songs do a good job of showing us how Versal can be as liberal a producer as he is a conservative songwriter. There’s no accusing anyone of embracing unnecessary indulgence; quite the contrary, in fact. This is efficiency as it should be presented, which isn’t the case with so many experimental works like this one.

To me, “Simply” and “The Guardians of Montserrat” are probably the most polished tracks here from a production-quality standpoint, but they don’t make the other content sound lacking by any means. Truthfully, I think that having a little imbalance in terms of studio varnish can do a lot to elaborate on emotional subtext. Versal isn’t making a pose here but giving us something really ambitious and indicative of his skill.

Versal Volume 2 is indeed the album I expected it to be, and considering the critical acclaim this project has been getting right from the start, I believe it’s going to be a good booster with regards to viral exposure for sure. Versal is in a crowded pool of avant-gardists at the moment, but for all intents and purposes, I think this is the sort of effort that says his is a concept that needs to be taken seriously and not just at face value. Simply put, this record is a good start to gaining worldwide credibility.