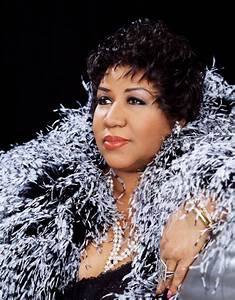 Soul legend Aretha Franklin has died at the age of 76.

The Queen of Soul passed away on Thursday (16Aug18) at her home in Detroit, Michigan following a battle with advanced pancreatic cancer, her representative Gwendolyn Quinn told The Associated Press.

Earlier this week, it had been revealed she was “gravely ill” and her family and friends had dashed to her bedside.

Franklin previously battled a bout of ill health in 2010, when she secretly underwent surgery to remove a tumour, but her efforts to keep the news private prompted premature death reports in 2011, following claims she had been diagnosed with pancreatic cancer.

She previously struggled with alcoholism and weight issues, with her size fluctuating over the years, and was a chain smoker before quitting in the ’90s.

At the start of 2017, the Respect hitmaker announced she was retiring from touring, and her final public performance took place in Philadelphia, Pennsylvania, that August, although she also sung at the Elton John AIDS Foundation benefit in New York in November.

Earlier this year, the soul legend was forced to cancel a string of shows as she had been “ordered by her doctor to stay off the road and rest completely for at least the next two months”. At the time, the singer was said to be “extremely disappointed” by the cancellations.

The soul legend began her career in the early 1960s, when she achieved modest success with Columbia Records, before signing to Atlantic Records in 1967 and finding fame with songs including civil rights anthem Respect, (You Make Me Feel Like) A Natural Woman, I Say A Little Prayer, and Think, and albums such as I Never Loved a Man the Way I Love You, Lady Soul, Young, Gifted and Black and Amazing Grace.

After her father was seriously injured in a shooting in 1979, she left Atlantic and signed with Arista, going on to release albums such as Jump to It, Who’s Zoomin’ Who? and A Rose Is Still a Rose, and landing a part in the 1980 film The Blues Brothers.

Her last album A Brand New Me, featuring archival recordings, was released in November.

Over the course of her career, she released a total of 112 singles which landed on America’s Billboard chart, including 77 Hot 100 entries, and twenty number-one R&B singles, making her the most-charted female artist in the chart’s history at the time.

Franklin was one of the best-selling musical artists of all time, and has won 20 Grammys in throughout her career, including three special honours – the Legend Award in 1991, the Lifetime Achievement Award in 1994, and the MusiCares Person of the Year in 2008.

She also made history by becoming the first female performer to be inducted into the Rock and Roll Hall of Fame in 1987.

Other career highlights include receiving the Presidential Medal of Freedom, America’s highest civilian honour, in 2005, and performing My Country ‘Tis of Thee at the first inauguration of U.S. President Barack Obama in 2009.

Franklin had her first child, a boy named Clarence, with Donald Burk, someone she knew from school, when she was just 12 years old, and her second son, Edward, named his father Edward Jordan, when she was 14. She had two more boys – Ted White, Jr. with her first husband Ted White, in 1964, and Kecalf Cunningham, with her road manager Ken Cunningham, in 1970.

Her marriage to White was tumultuous and involved domestic violence and they eventually separated in 1968 after seven years. She went on to marry actor Glynn Turman in 1978, becoming stepmother to his three children, until they divorced in 1984. She was also engaged to longtime companion Willie Wilkerson, but it was called off before they made it down the aisle.

She is survived by her four children.