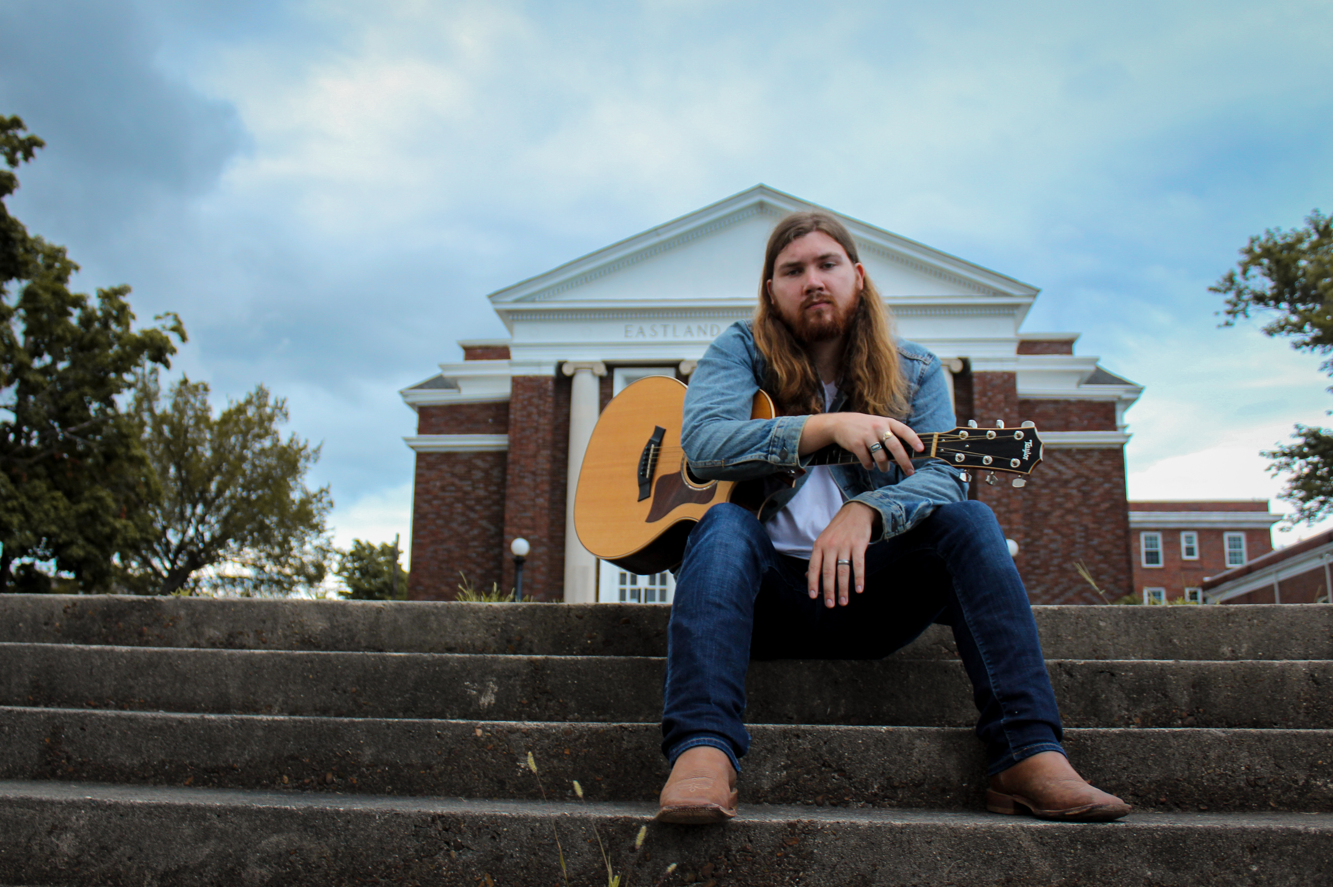 How are you feeling about this year’s music you’ve put out so far?

I haven’t put anything out this year, but I’ve got a few songs that we’re looking at releasing in early ’22. I released a full album last November (2020) and I can’t wait for y’all to hear the new ones. I really think there’s something special with the new ones.

The year is coming to an end! What are you doing in these last few months musically?

I’ve been in the studio getting these new songs ready. I had some really great players come in to record on these, and everything is sounding great so far. Aside from that, I’m always writing new songs and playing local spots around Nashville. But I’m definitely more focused on these new ones right now.

What are you working on right now in the studio?

We just recorded five new originals. I wrote one with a buddy, Bear Redell, and the other four I wrote alone. We’ve just about wrapped up the studio work, just finishing up a few odds and ends.

What are your studio sessions looking like these days?

I recorded at a different studio than I used for ‘Devil’s Been Working,’ but I’ve been over there several times before. The guy I recorded with, Jack Gavin, plays drums with me downtown a few days a week and we’ve been playing together for a couple years now. He’s really been a good friend and a mentor to me ever since I moved to town, and it was great to finally record at his studio after talking about it off and on for at least a year.

Is it just you when you go to record or do you work with others?

I had a great group of players come in this time. Jack Gavin is producing the songs, so I trusted him to bring in players that he thought would suit my songs and he just went above and beyond. I was fortunate enough to have some real industry giants play on my songs. Most of these guys, including Jack, have been on countless records that I grew up listening to, so it was a pretty cool experience to have those guys on my own songs.

Who is the person that you want to work with next whether it’s putting them on a track or just producing?

I think Dave Cobb is the guy everyone in this style of music would love to work with at least once. He’s produced a lot of my favorite records, from Jason Isbell to Chris Stapleton to John Prine. I think Cobb is one of the most talented producers in Nashville, and it would be kind of surreal to get to do some songs with him.

How are you customizing your sound in your next tracks?

I’m always trying to make sure my music stays true to the sounds that made me love country music in the first place. I brought in pedal steel and some folk instruments for this set of songs, and it definitely helped to keep everything feeling down home and real. In my opinion, not enough music is recorded in a live band setting these days, and I think the little imperfections that come with a live setting make everything sound ten times better.

How do you make sure that you’re customizing your overall vision for your music?

I think it’s about not trying too hard. When I was first starting to write a few decent songs, I tried so hard to make sure they fit into this style or that, and nothing was coming out how I wanted it to. When I started to let my writing style kind of tell me where the song ought to sit, I started coming out with some cool stuff. If you try too hard to write something in particular, it’s never going to end up exactly how you want. It took me a long time to finally realize that and start writing whatever the heck I wanted to write that day, and it’s made a world of difference.

What is your overall vision for yourself!?

I just want to make honest, authentic music that tells the stories that I grew up with. If I can make songs that mean as much to someone else as they do to me, then I think I’m doing something right.

How are you leading with love with your music?

It’s kind of the same thing as before. I try to make real, organic music that isn’t full of fillers. Sure, every song isn’t necessarily a true story, but every song is inspired by my upbringing in the Texas Panhandle in one way or another. Tom T. Hall said that he didn’t write his songs with the intention of having a moral or message, but if someone finds one in there then it was probably meant to be found. I think that’s the best way to send any kind of message.

Where can you be followed on social media?