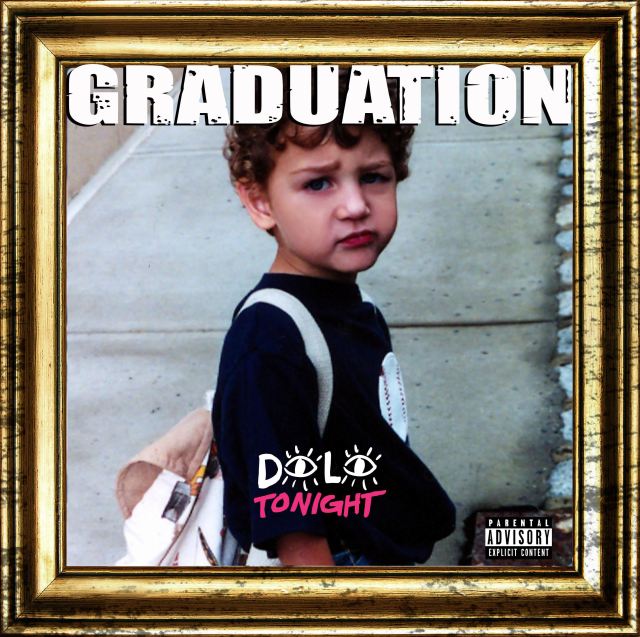 In his latest single, appropriately titled “Graduation,” Dolo Tonight breaks off the most mature track he’s penned in the last two years and exhibits the kind of swagger I personally expect out of a mainstream player. From the second we get started in this single forward, Dolo Tonight is playing off of the beat with an ease that suggests his motivations center more on emphasizing the groove than making a specific lyrical statement here. This isn’t to discount his supreme flow, which is definitely sounding well-rounded to put it quite mildly, but instead to note something I rarely see in indie musicians out of his scene; a desire to be multidimensional within the context of an aesthetic as opposed to a theme.

There have been a lot of generic cloud rap copycats seeping into the spotlight over the past year on the strength of their producing skills, but in “Graduation” we aren’t presented with any of the same fluff that has become quite common in other corners of the hip-hop underground. Dolo Tonight is putting so much of himself into making the delivery account for well over half of the emotionality in these lyrics, and though he’s never had an issue with his fluidity, he’s sounding more comfortable with taking a hard charge in this performance than he has in the past. This is a man with nothing but ambition sitting in front of him, and he isn’t leaving it to slowly simmer in a track like this one at all.

As opposed to the synthetic tininess the competition has been overwhelmed by, this mix of “Graduation” is so raw and organic that it almost sounds like something off of an old school tape. There’s nothing digitized about the way the percussion gently kisses the keys in the backdrop – instead, the tonal presence of every instrument here is really stunning and enticing. There’s no backing off from the bassline as we get deeper into the second act, but there’s no need for separation; this is a song that needed to sound like a bit of a mashup in order to maintain its artistic origins. Forget washing the funky influences away from this piece, because I would chock most of them up to the natural stylization and progression of Dolo Tonight’s modus operandi.

“Graduation” has a lot of components that will make it an easy sell to the mainstream hip-hop and pop crowd in 2020, but what makes it such an interesting piece of material has little to do with the appeal or cosmetic triumphs it’s bringing to the equation this fall. Dolo Tonight is focused on preserving the authenticity of his craft more than anything else, and if that wasn’t clear to critics and fans before picking up a copy of this latest studio content, I think it will be as “Graduation” finds a home on the FM dial. He isn’t sacrificing honesty for a sleeker hook in this song, and that alone makes his an approach I thoroughly respect.