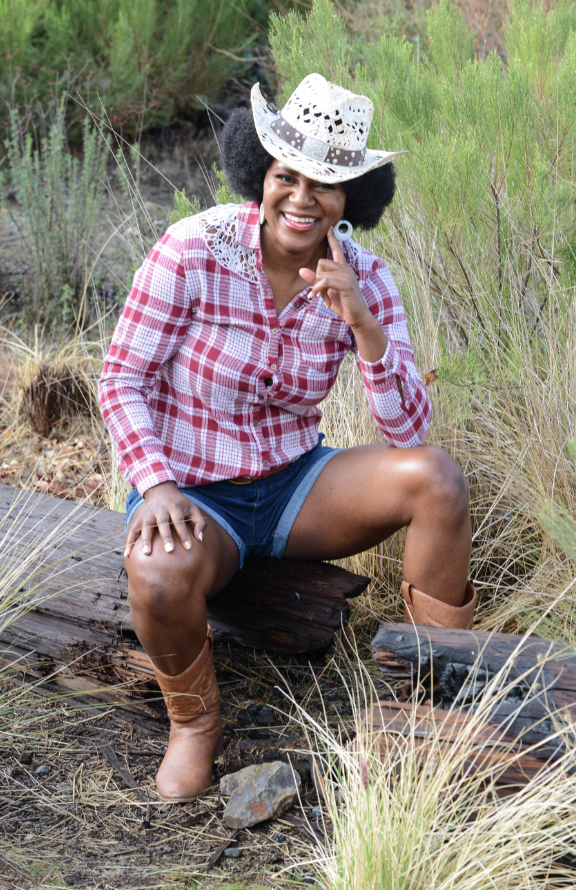 On Oxymoron Day (July 13th) female country singer, Setche, is launching an AUTHENTICITY CHALLENGE in conjunction with her song Black Country Girl! This is all about showcasing our complexity/multi-faceted abilities and identities, thus breaking stereotypes as we recognize the paradoxes we live within and build bridges.

Being an African immigrant and Caterpillar engineer living in Mississippi, she thought she couldn’t be black and country, or an engineer and a singer. However, her friend, Chamara encouraged her to embrace the country girl and singer in her and so she did. Carrying out interviews and analysing the results to discover she is 87.39 % country, the song, Black Country Girl was born, in Corinth, MS, eight years ago.  Black Country Girl inspires authenticity – embracing all of who we are, expressing our authentic selves, and finding our internal purpose, no matter what boxes we are expected to stay within.

“Being a Black Country Girl isn’t actually an oxymoron. It just appears that way due to the lack of mainstream representation of black people in country western culture and music. One in four cowboys of the old west were black, but we hardly hear of them.” – Setche

She released the Black Country Girl music video on Valentine’s Day, in the HEART of Black History Month, as a reminder and celebration of all the unsung Black cowgirls, cowboys and contributors in shaping country music and culture – a recognition and embrace of the diversity of country western history.

To learn more and participate in this challenge or join the movement, visit

Artist Bio: Setche, an immigrant to the USA from Cameroon, is an engineer, singer, and diversity, equity, and inclusion professional; building bridges that drive more inclusive communities. She has performed for religious, political, and community leaders and activists from around the world at various venues including the annual Human Rights Summit at the United Nations Headquarters in New York City, the International Leadership Conference in Seoul, South Korea, and the African Leadership Summit in Cape Town, South Africa (organized by the Royal House of Mandela). She has written and produced inspiring songs and community-building music videos like Children of The World and Batuo (Welcome). She wrote Black Country Girl in 2013 while living in Corinth, Mississippi, where she worked as an engineer for Caterpillar, Inc. She currently resides in San Diego, CA.

“In Setche’s music, I hear the joyous declaration of authenticity. Hers is a rallying cry to be yourself and break the bounds of social conformity. Country music is an overwhelmingly white enclave, but songs like “Black Country Girl” open doors to new ways of thinking across the racial divide. It is so catchy that I want to dance and smile. Bravo!” — Martin Eder, General Manager of KNSJ FM Radio