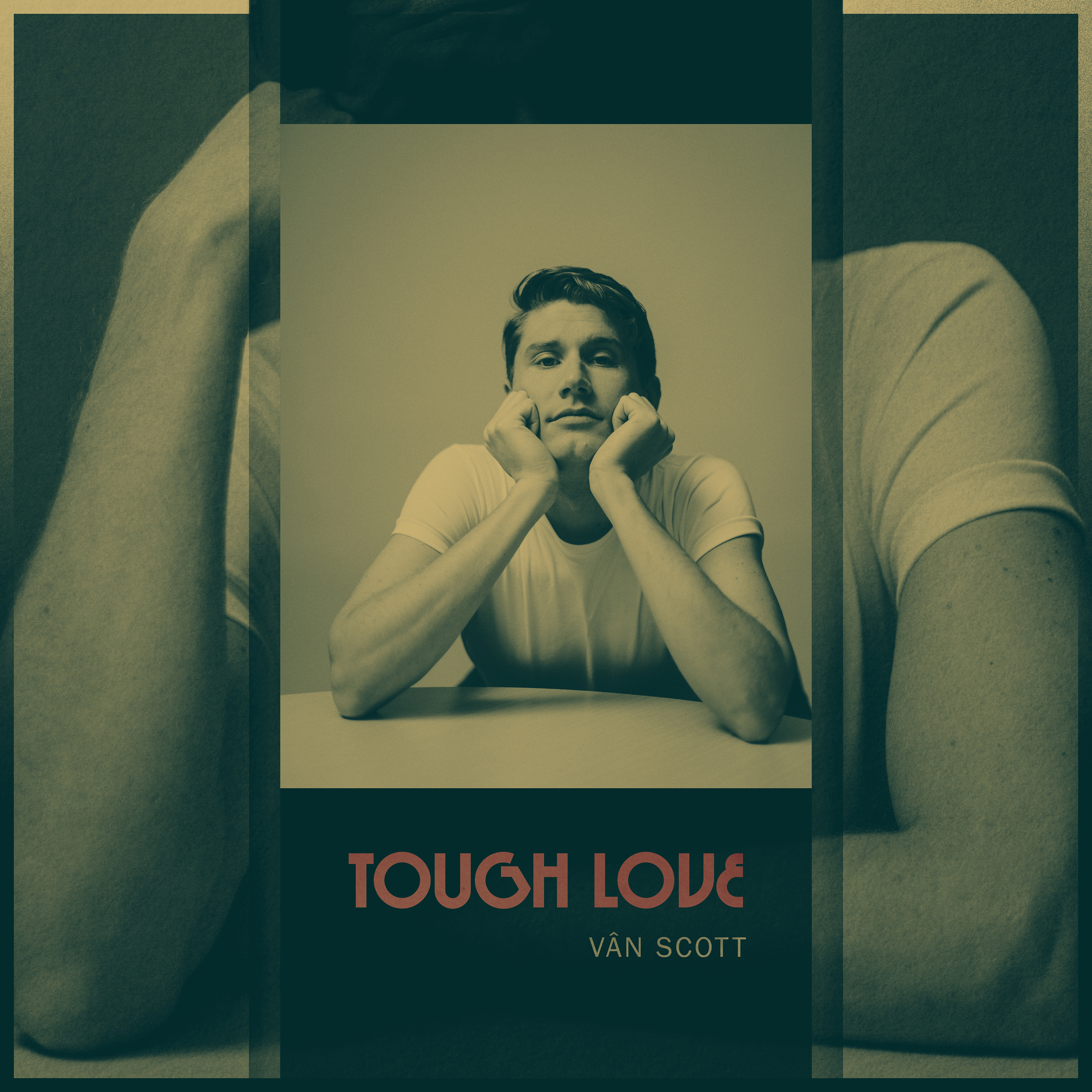 With a distant echo that allows for a cold sustain of the piano keys to linger in the air above us well into the song, Vân Scott begins “Tough Love,” his latest single, with a gracefulness that is deceptively muted and representative of only a glimpse into what the next three minutes will present listeners with. The instrumental intro, as short as it is, sets the tone for all of the texturally-expressive passion that is waiting to come pouring out of the stereo speakers in a devastatingly handsome sonic deluge, and as the dust settles around its initial hurricanic harmony, Scott’s vocal gently eases its way into center stage without skipping a beat. His voice is soft, effervescent even, and divinely situated in the mix as if to channel the ancient sounds of an angelic choir whose music has long left this troubled earth of ours. We’re barely thirty seconds into “Tough Love,” and already Vân Scott has hypnotized us with nothing more than his molten-hot crooning and the instrumental patchwork that it glides over.

The lyrics are definitely the focal point of this composition, but I won’t go as far as to say that they overstate the narrative. In all actuality, the bulk of the emotion that listeners run into in “Tough Love” comes from the chemistry between the separate elements in the track as they push and shove at each other for dominance in the master mix. This is an extraordinarily experimental production style for Vân Scott, but he wears the look really well – even better than I would have thought he could. He could just as easily have stuck with something average in this song and still have made it sting with the force of an icy autumnal wind, but he wasn’t content to make another incarnation of a single that he released in the past; from where I sit, it’s obvious that Scott came into the studio on a mission when he recorded “Tough Love,” and that mission had everything to do with embracing the rougher edges in his sound and almost nothing to do with winning the approval of industry stalwarts. The result? One of the best pop songs I’ve heard out of any artist all year long.

“Tough Love” isn’t changing the game for the future of all pop music, but for what it was designed to accomplish, it’s essentially as good as a single from a tried and true professional gets. In a misty haze of stomping percussion and a finessed finale of vibrant vocal emissions, the song comes to a close, and even though I must have listened to this track at least a dozen times over the last few days, it’s still pretty difficult for me to avoid the temptation to play it all over again at its conclusion. Vân Scott isn’t a household name, but he’s playing with so much heart in this single that it’s hard to understand how he’s somehow avoided the limelight for as long as he has. His talent is unstoppable, and anyone who doubted that would be wise to take a peek at “Tough Love” this September 20th.