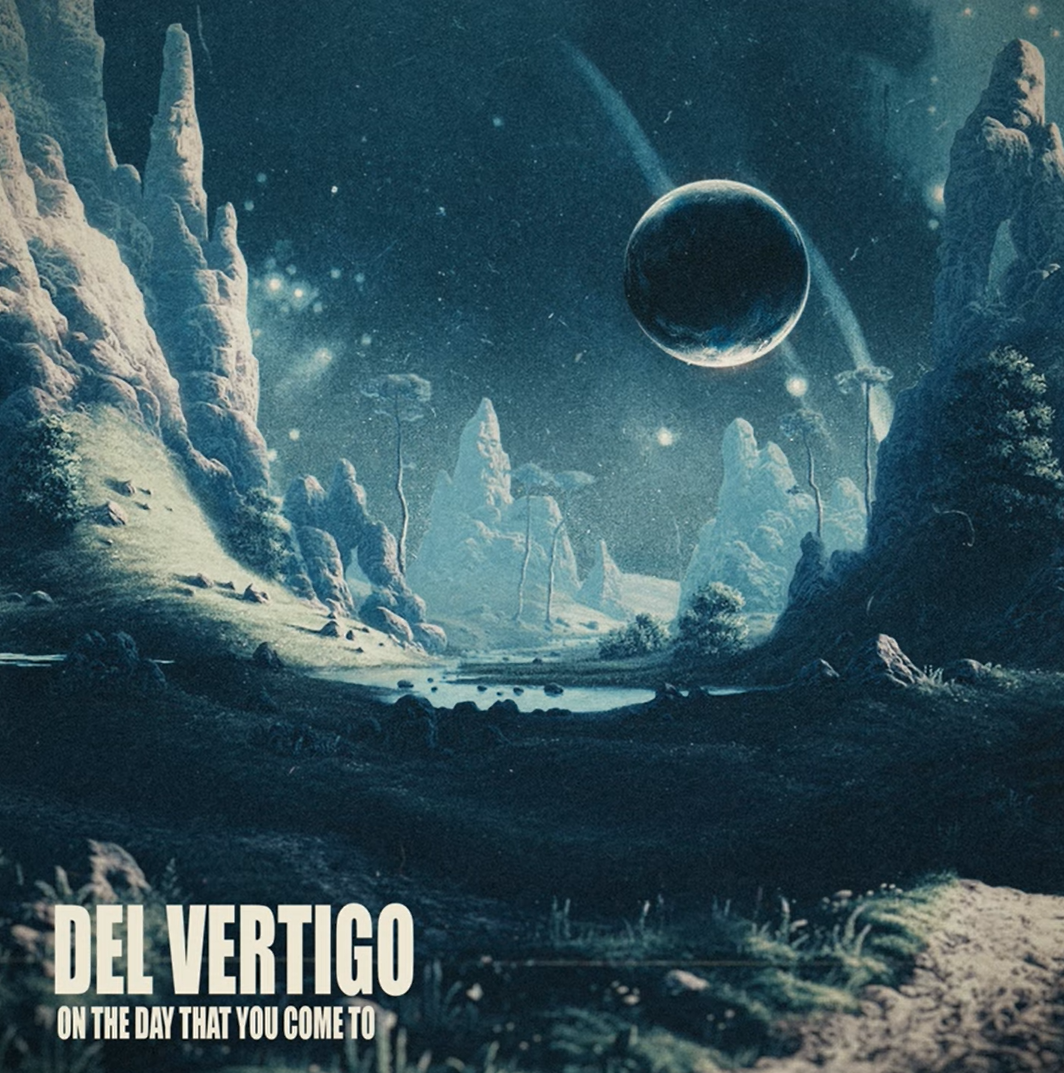 Del Vertigo Releases “On the Day That You Come To”

In songs like the brooding “In Dreams,” the guitar is the only element that can properly channel the emotion in Del Vertigo’s verses, all of which can be summarized as powerful and difficult for any instrumental luster to conceal. The case is the same throughout the tracklist of Del Vertigo’s new record On the Day That You Come To, and if you’re a fan of string-born melodies of the most passionate variety, this might be just the release you’ve been waiting for this spring. Between bittersweet vocals and honest harmonies, this is a cut-and-dry masterpiece as I see it.

Del Vertigo’s best attribute outside of his masterful command of the guitar is his voice, and in songs like “There’s a Glimmer in the Thicket,” we get to experience it without anything to come between artist and audience. The lack of sonic filtration in this EP is really something to marvel at when you take into account how rare it is to encounter a singer/songwriter who doesn’t put at least some stock in synthetics, but then again, I don’t think anyone has accused this project of coming from an illegitimate troubadour by any means.

The rhythm of “The Fall” and the title track in On the Day That You Come To is what defines the narratives of both tracks, and I love that Del Vertigo isn’t afraid to use elements outside of his own vocal and lyricism to express something bigger to his listeners. He’s aware that there’s only so much that a verse can do to convey something to an audience; hence why he’s going out of his way to assemble a multidimensional piece in this record that doesn’t ask as many questions as it answers through everything from textural expressiveness to the melancholy of a single note left drifting in the air after a lyric has long since faded away.

Surrealism is becoming the most-referenced aesthetic in American pop music right now, and although there are moments where Del Vertigo hints at postmodern influences in On the Day That You Come To, this is inevitably made to be a straightforward release that doesn’t get too lost in the indulgent cerebral qualities a lot of other records would. The loose-fitting Americana of the trend is present in the bones of “Obsidian Hills,” but all in all I don’t think you can get away with calling this a model example of post-hipster pastoral songcraft.

On the Day That You Come To is an ambitious effort from Del Vertigo, but it’s also one that sees him playing to his strengths and refusing to compromise tonality in the name of making something just a bit more streamlined and radio-ready than the competition is. I get the feeling he’s more concerned with saying what’s on his mind in this record than he is making a pose for the critics or even his own fans, and in 2022, these are the type of qualities that make a musician more iconic than they do purely indie in spirit.