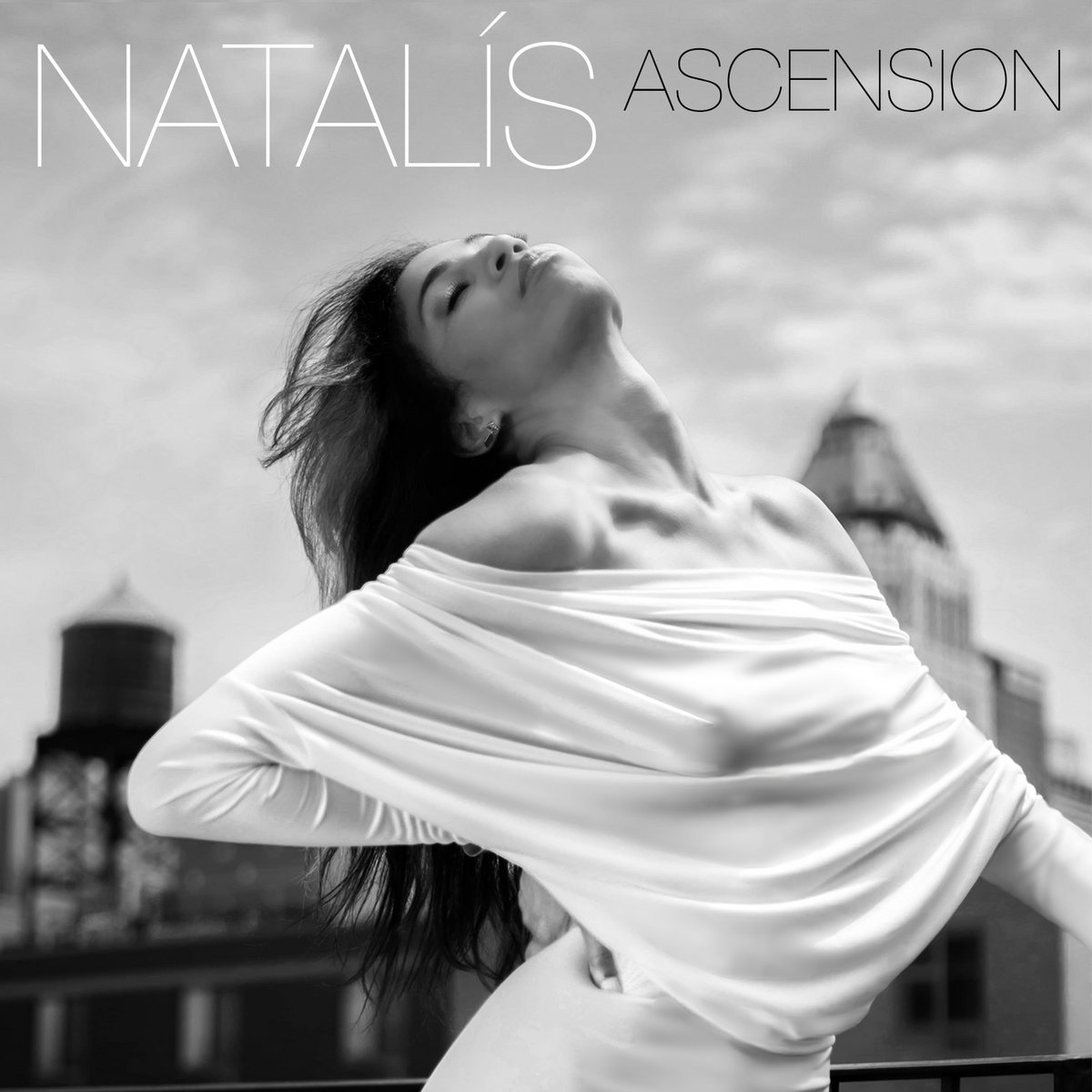 Finally front and center after years of supporting other equally amazing artists, Natalís Ruby Rubero’s debut EP Ascension ignites a bevy of slick tunes. Rubero’s natural ease at the mic and control of her artistry is on full display. While the album is fiercely independent, Rubero enlists the help of some high profile producers. Still, it’s her voice and her talents that drive Ascensions’ dance-pop success.

A two-time Grammy-nominated vocalist, Rubero has been a featured vocalist on albums from Kanye West, Mariah Carey, J. Cole and more. With Cole she can be heard in on “Crooked Smile”, “Born Sinner”, “Where’s Jermaine Skit” and “Trouble”. Her wordsmith skills on Natalís’ are equally as impressive as her singing style. Of the five tracks, she penned four.

The first song “Ascension” is a quick tune, but rightfully chosen to introduce the listener. It really sets the stage. It’s produced by Grammy winner The Tony Rich Project  (“Nobody Knows”). The key lyrics courageous, vulnerable, trusting…I’ll rise, I’ll keep rising until I reach my ascension, my legend…are almost whispered. It’s as if Rubero is assuring herself, she’s speaking out loud to herself in a daily affirmation sort-of-way. I also felt like this is a great tool to speak to her fans – of any gender. The beat is smooth, but not lethargic. The song is inspiring.

Next up is “Pill” with its striking music bed and emotional turn. Rubero’s voice is confident and determined, yet leaves just little pockets of insecurity. She sings the lyrics I’m shattered all that is left of the emptiness that we had. What I liked most about this track is that it’s not the typical break-up song and broken heart tune. I think the music bed suggests a turned leaf, a new attitude. Mixed with her voice, the mood is hurt, but focused on a new day. “Pill” is written by Courtney Marie and Phyllis Smith, and produced by M. Fisher.

“Let Go” is one of my favorites. It’s definitely more pop-sounding and I can envision this song on being the song of the summer. Rubero sings the lyrics I had to shake it up and again the vibe feels like she’s moving on, she’s leaving something toxic in her past. The music bed is really dreamy, and upbeat. It’s this wall of sound that just hugs the listener. “Let Go” is produced by Devine Evans and written by Nick Andre, Rubero and Smith.

I also adore “I Can Dig It” (appropriately titled!). The beat is killer – it has a grand effect. Produced by Grammy winner Malay (Frank Ocean’s Channel Orange), and written by Rubero, the pairing of these two talents creates a lighting-effect. This is a hit! It just moves and makes the shoulders almost go up to the listener’s ears with delight. It’s hard to not want to dance and Rubero’s voice is angelic, funky and fierce all at once.

Finally, “Dinner” completes the “Ascension” EP and slows things down just a bit. It’s not the fun, spunky sounds like “Let Go” and “I Can Dig It” but it’s a nice completion to an overall outstanding listening experience. Matthew Cummings produced “Dinner” and Rubero wrote the track alongside Andre and Smith.