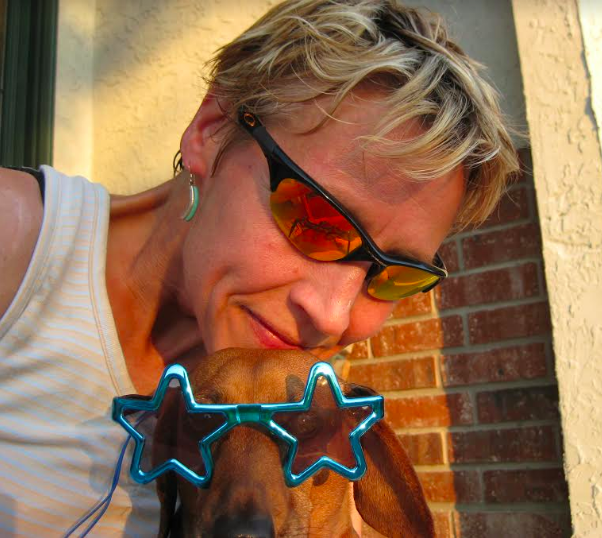 DawgGone Davis continues to unleash thought provoking and genuine Christian raps singles. The latest chance for this unique artist to prophesize and slay truth is “No More”. Featuring Chago Williams, the track also includes Romain Duchein (guitar) and Jack T. Perry on drums. “No More” is produced by The Wolfman.

This isn’t the first time DawgGone Davis has teamed up with Williams and Duchein. She previously worked with them on the “Darkest Hour”. Prior to that, Duchein and DawgGone Davis (real name Rebecca) collaborated on “Baby I Have Words” and “Judge Not Rap Yes”. Duchein’s electric guitar work is boss. He really adds this burning melody to the single and it shines in all the right times. The riffs are a lot like James Valentine’s from Maroon 5. Based in Kansas City, Missouri, Davis is not your typical rapper. She has a cadence to her rap that makes it almost sound like she’s your sweet granny dropping a beat, but to claim she doesn’t connect with her audience in “No More” is a lie. The synergy between her voice and Williams’ soulful delivery is dynamite. They have something really strong going. He almost sounds like Old Dirty Bastard and André 3000. When he sings the chorus (no more, you can’t bring me down, no more) he bolsters the song in ways that a rap wouldn’t suffice.

To truly experience the majesty and message in “No More” it takes a few listens. Davis slews through a myriad of instances where she’s made the wrong decision, the wrong impression and frankly just wrongness. No more horsing around, Jesus is Lord, don’t cut the cord…don’t want to be a lazy old hag, she raps. But I won’t just perish, don’t want the marriage…I’ll be damn, I married the wrong man, she continues. Throughout the track, she never sounds hurried or angry. I think she’s at a point in her life where she doesn’t care what people think of her and she wants to inspire others to get out of a situation that isn’t what they want. No more, the words echo, giving the listener a question to answer on their own life’s choices.

What I truly loved about “No More”, and frankly all of Davis’ songs is that she’s spunky. She has a whit about her that makes you think she’s just as genuine in the song as she would be sitting across the room from you, or meeting up for a beverage. With so many musical choices around the globe, it’s artists like Davis that get through the fray because they are unmistakably themselves. Don’t we all wish we could have that candor and fierceness to do and say how we feel? Maybe it’s because of the wisdom she’s earned because of her age, or that she really is done horsing around, DawgGone Davis’ “No More” is the lesson that keeps on giving. This new track is par for the course for the unstoppable Davis. “No More” is just opening up to even more from this rapper.

The music of DawgGoneDavis has been heard all over the world in partnership with the radio plugging services offered by Musik and Film Radio Promotions Division.  Learn more https://musikandfilm.com