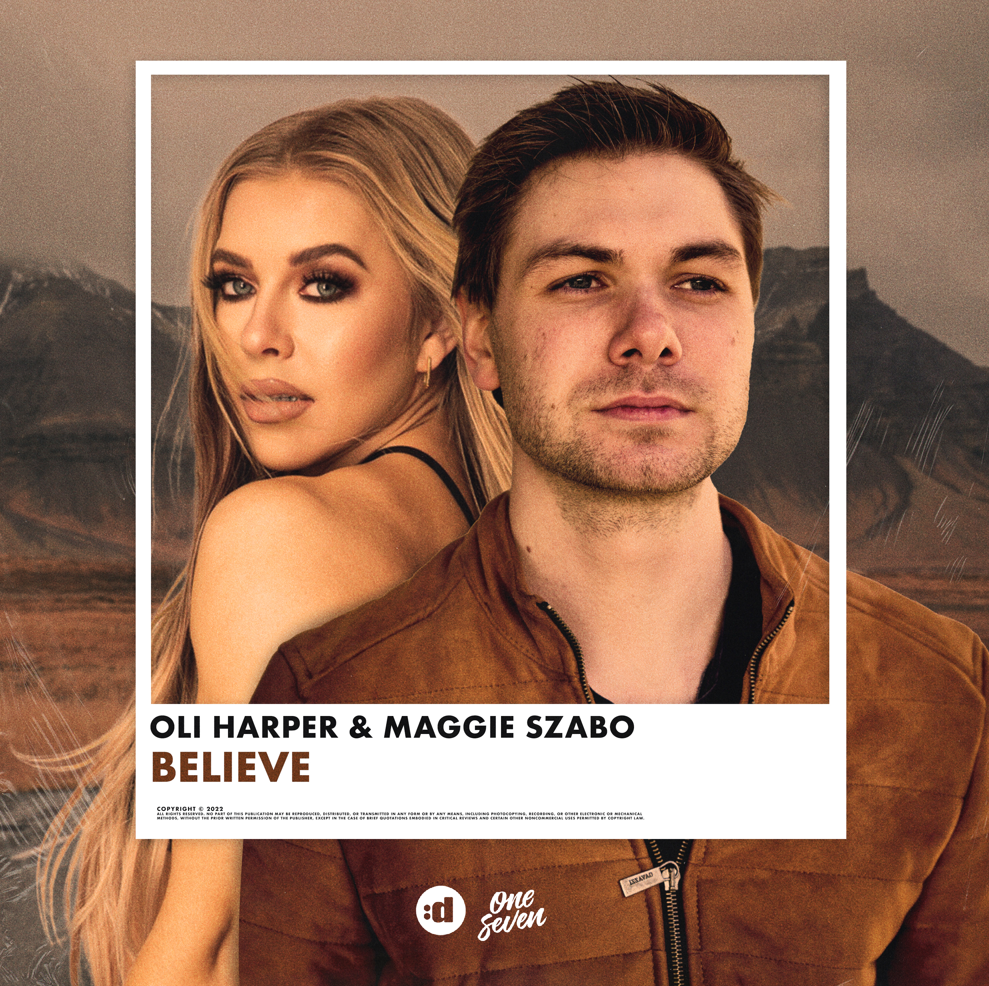 Bridging 1998 to 2022, “Believe” from Maggie Szabo and Oli Harper is a breathtaking rendition of the Cher classic. Widely considered one of the greatest singles of the 90s and perhaps of all time, this dance electronica update is pure magic. Szabo, always confident and poised, sings with romanticism and dreamy elegance. Harper’s bouncy, bubbly beats elevate the track to a feverish escape. Just so we’re clear, I’m not going to say Cher’s is better or the Szabo and Harper collaboration is superior. I’m getting that off the table now. Let’s be real, how can anyone compete with the iconic vocals? Or can Szabo?

I’m still not going to reveal any cards that suggest Szabo’s rendition is worthy of standing head-to-head with Cher. Nor will I say anything about the Adam Lambert version. What I hope to impress upon the reader is that Szabo and Harper’s “Believe” track is definitely in a class of its own. If you’re expecting some of those smokey-hued vocals (mixed with Auto Tune, of course) a la Cher, think again. Szabo has a softer vocal approach, more fixated on the future than looking backward in her life. Compared with other Szabo releases – and she has many – like “Sail Away”, “Sayonara”, “I Don’t Need You” there is a little less angst or fire in her belly. She’s content. Focused. Harper seems to elevate her vocals with bah-bah-bum-bum-bum that feels forward moving. It’s cloudlike, with the rhythmic movement gliding into the listener like a plume of smoke filling the dance floor. Slowly and meandering into the scene, the beats continue to expand. Think a diffused undercurrent like that of “Starships” from Nicki Minaj. Yet, they never overcome Szabo’s beguiling vocals.

Harper doesn’t district and Szabo seems to have this symbiotic relationship happening between her voice and what his beat kitchen cooks. Every beat is like a flowery, easy to down, give me more, drop of dopamine. I think if you were hearing this version of “Believe” for the first time you would be just as mesmerized as if you were hearing this back in 1998. Great songs like this have that kind of shelf life. Harper’s swift animation and manipulation of the beats is practically soothing and wintery-fresh. I suppose if you were eating a mint, this is the sound it would be.

Szabo originally hails from Canada. She’s now based in Los Angeles. She’s been catching the eyes and ears of some of music’s biggest DJ’s (like the United Kingdom-based Harper). Maybe it’s the conciseness in her vocal delivery, the way her voice tingles the ears and leaves them wanting more. Or perhaps it’s the emotive energy she pours into the songs so effortlessly. I think in her way of being genuine and real while singing “Believe” she makes it sound so easy. I never felt like she was forcing a note, or over singing. I have to imagine she recorded this song in just one take. And that’s all it took – “Believe” is once again on top-of-mind and ready to be at the top-of-the-charts where it rightfully belongs.