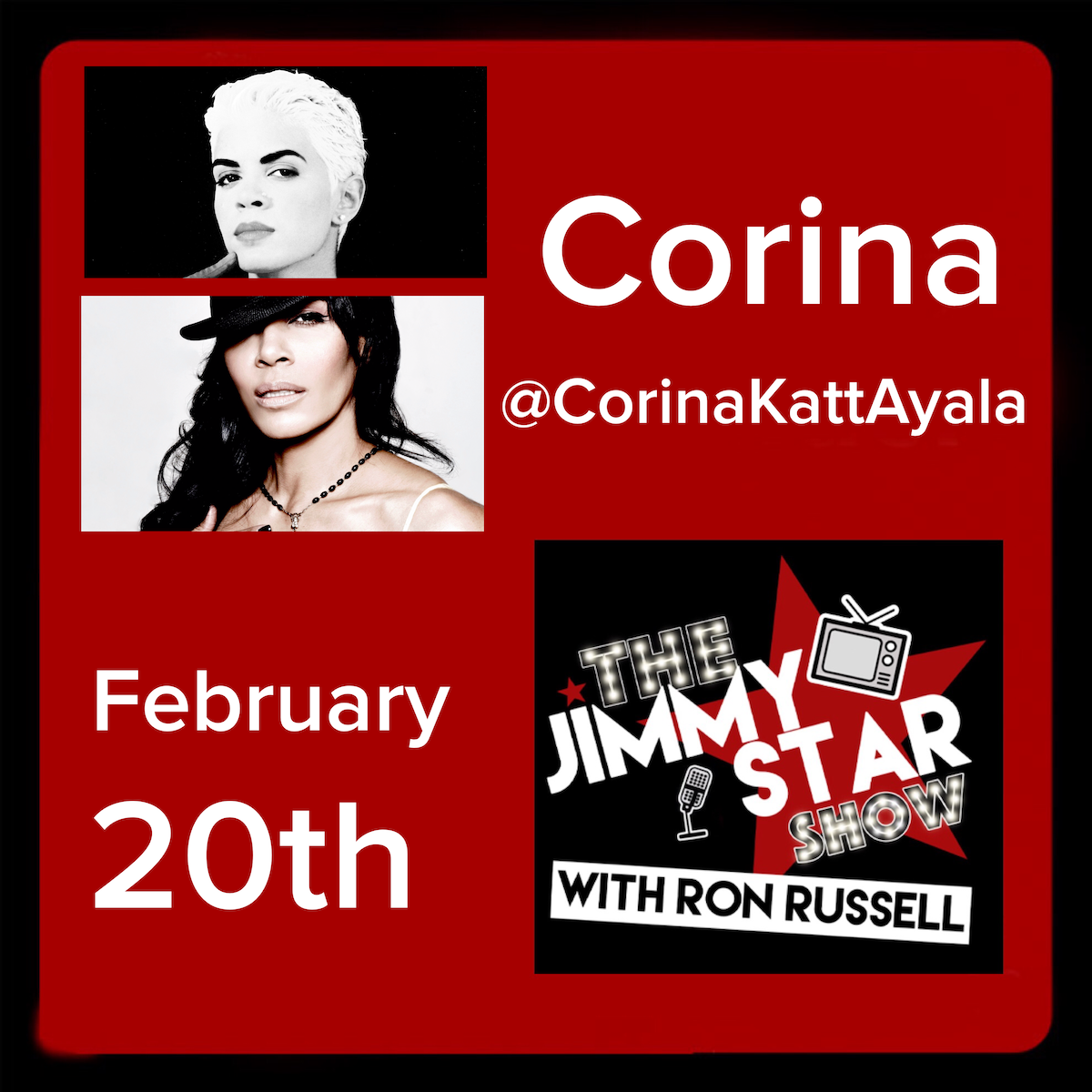 Corina will be a featured guest on The Jimmy Star Show live radio/tv show hosted by King of Cool Jimmy Star along with Cool Man About Town Ron Russell to discuss her new show “Voices In My Head”, her career and the entertainment industries at large. The Jimmy Star Show is tv/radio’s coolest hit show, featuring the best in music, entertainment, fashion and pop culture, all from a fun industry insider perspective in a completely live, unedited fast-paced two-hour conversational format.

Corina is a Recording Artist/Actor/Writer/Producer from New York City. Her self-titled debut album released on Atco/Atlantic Records, charted a string of dance hits in the US between 1989 and 1997. “Whispers” and “Now That You’re Gone”, which landed Corina her first two Billboard Hot 100 singles, and “Temptation” which held a Top 10 position on the Billboard HotHer songs & performances have taken her around the world, including Japan, Europe, the Caribbean Islands and Moscow. She has been featured on TV shows like Entertainment Tonight, Live! With Regis & Kathie Lee, MTV’s Club MTV with Downtown Julie Brown and Showtime At The Apollo, all while continuing to find and create consistent work for herself as an Actor/Producer. After a series of guest starring appearances on such shows as All My Children, One Life To Live, As The World Turns, New York Undercover and Cosby, Corina was beginning to make waves on the big screen as well. With her earlier success starring opposite Marc Anthony in “East Side Story”, Corina was now starring opposite Anthony Michael Hall in “Funny Valentine” and Emmy & Golden Globe winner Peter Dinklage in “Fortunes”. Oscar winning actor/director Tim Robbins then tapped Corina to portray famed Mexican artist Frida Kahlo in his touchstone pictures release “Cradle Will Rock”. Corina describes the experience on set as “the greatest acting clinic I could have ever attended”. Directed by Tim Robbins and working with Oscar winning actors Susan Sarandon and Vanessa Redgrave, Corina starred opposite John Cusack (as Nelson Rockefeller) and Latin Music legend/actor, Ruben Blades as Frida Kahlo’s husband, Diego Rivera.

It was then that Corina was inspired to share her stories of triumph and heartache, dreams come true, and those yet to be realized, which she had collected along the path of her still unfolding journey. This inspiration became known as “Fear & All Of Me”, her first One-Woman Show which she describes as, “The work I am most proud of to this very day, a work about feeling the fear and showing up anyway!” “Fear & All Of Me” would play to three sold out Off-Broadway runs leaving audiences in stitches, in tears, and inspired. As the last character Bambi states, ‘”What’s the point?” – there is no point, this is just my story, and parts of her (Corina’s) story – and what she is asking, is that you all tell your story. Because you all have one, and you know how you can tell it? You can tell it by living your dream!”

Corina continues to live her dream by touching all who come into contact with her and her work. Recent projects include her wacky web series character, Lupita, in “Lupita Says”, her semi-autobiographical TV Sitcom in development, “Latin In America”, and the recording of her debut Latin Album with its first release, “Aunque Me Duela”. In the pipeline are, a Corina memoir, “My Mother’s Daughter”, two feature length films written, and to be directed by Corina and her second One-Woman Show, “Voices In My Head”, debuting at Flamboyán Theater / The Clemente on March 12th 2019.

The Jimmy Star Show with Ron Russell is pleased to showcase the expertise and talent of Corina and all anticipate a fun and informative time talking with her about her career and the entertainment industries at large.

To hear/see Corina live on the Jimmy Star Show with Ron Russell tune in to W4CY radio on Wednesday February 20th, 2019 from 3-5 pm ET and 12-2 pm PT online at www.w4cy.com from anywhere in the world!