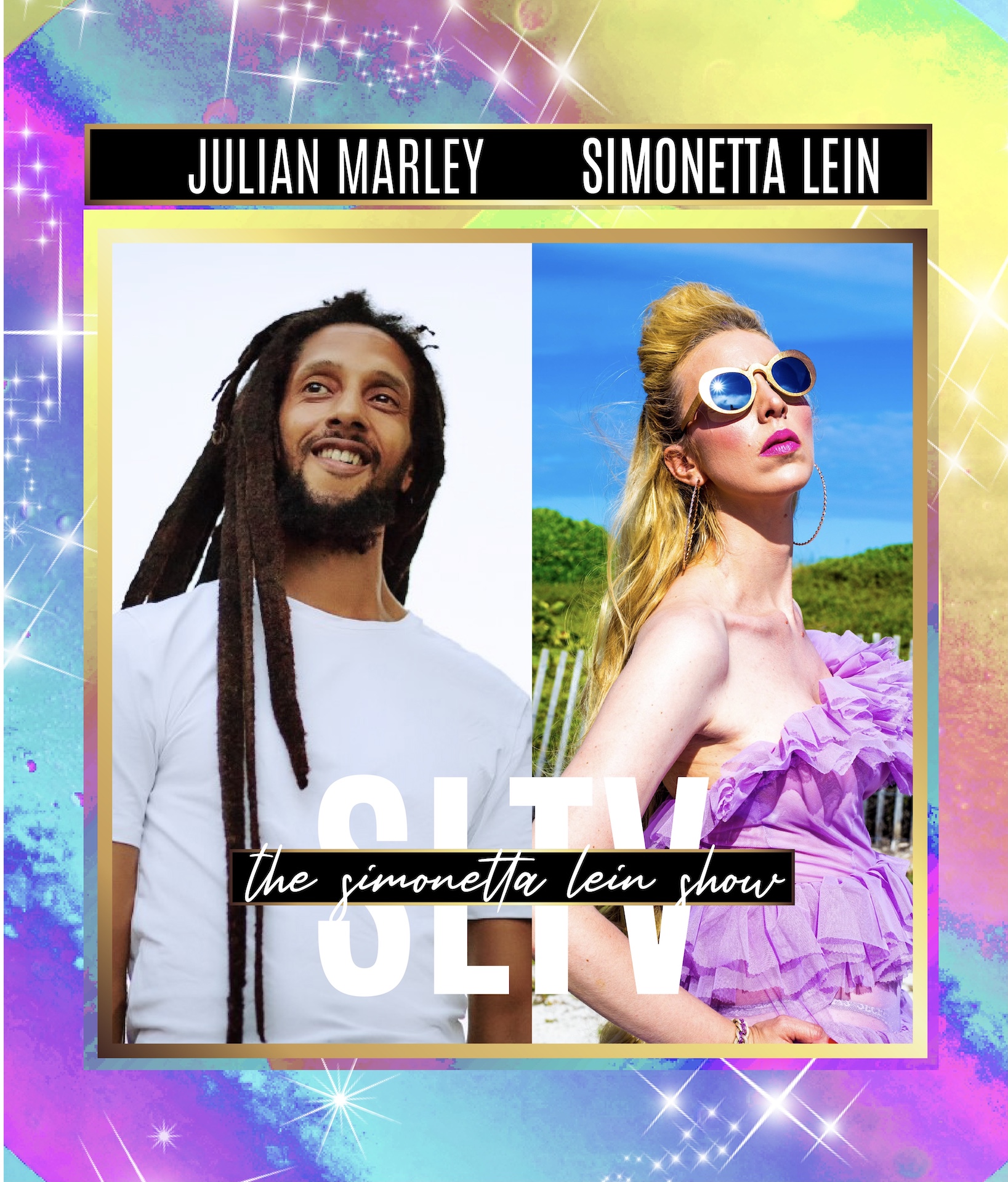 Julian Marley Guests On The Simonetta Lein Show On SLTV

As The Simonetta Lein Show continues the kick-off of its third season, the show welcomes Grammy Award Nominated musician, singer-songwriter, producer, humanitarian, and son of reggae legend Bob Marley, Julian Marley. During Julian’s earliest years in Jamaica, he began to study under legendary reggae veterans, along with his own father’s inspiration, such as the Barrett Brothers and Earl Lindo, to eventually work his way up to collaborating with the legend that is Lauren Hill. In the same tradition as his father, Julian is a devout Rastafarian whose music is inspired by life and spirituality, as he continues to embark on his life missions. Julian joined The Simonetta Lein Show to talk about his early life and career, growing up under the wing of his father’s legacy, the spiritual and moral struggles our world faces today, and his personal love for music. It is a truly magical segment you won’t want to miss!