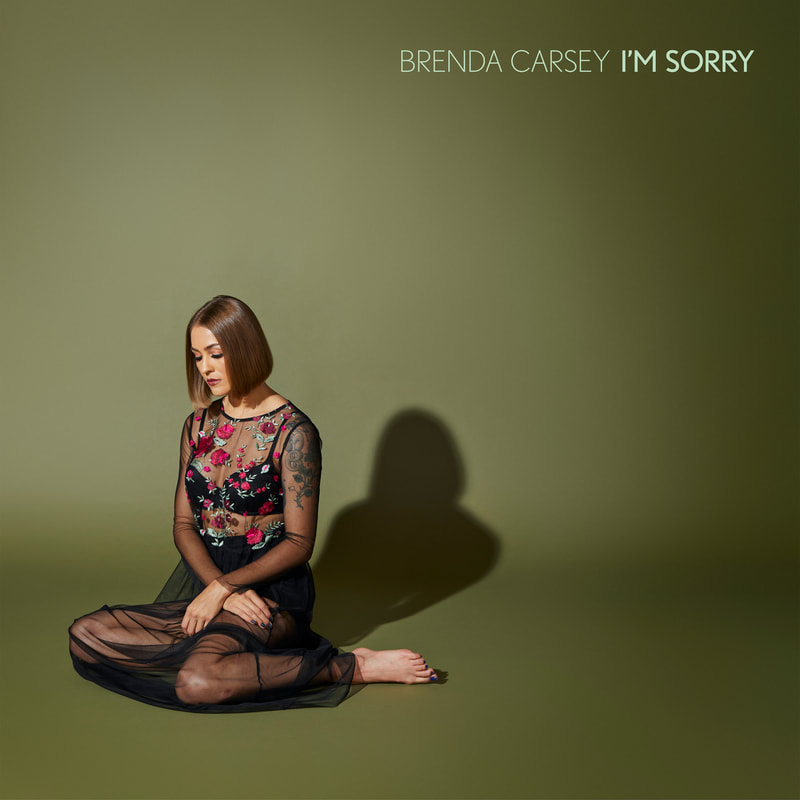 You cannot describe Los Angeles-based singer, songwriter, multi-instrumentalist, and producer Brenda Carsey with a single label. Her wide-ranging musical talents can serve up convincing forays into progressive pop, soul/R&B, folk, jazz, hip-hop, and even techno, but her recent efforts place her in stylistically consistent territory. “I’m Sorry” is the latest in a string of singles from Carsey’s album Cognizance, an assertive solo release from someone who clearly sees her time is Now.

The outstanding quality and success of “Party’s Over” and “Just Trying to Do My Thing” has created a buzz around Carsey that paves the way for successors. Her new single “I’m Sorry” is a plaintive near march powered by little more than an acoustic guitar and Carsey’s voice. It’s enough. The stark development of the cut embodies the regret hanging off every second of the performance without ever dragging listeners into the same mire.

Much of this is because of Carsey’s voice. She has a delicate instrument, without question, but controls it through subtilities of inflection and phrasing. Few will match her on that score. Much is made of Carsey’s lyrical acumen though this song is cut from a different cloth. Anyone hoping for poetic pyrotechnics will likely be disappointed by the conversational and, in one instance, profane verbiage. Don’t be disappointed though.

It’s part of the overall package. Brenda Carsey’s “I’m Sorry” is a musical snapshot of desperation and self-laceration; even that single profanity isn’t gratuitous but, instead, a figurative whip she’s lashing herself with. The fact that such a song inspires feelings of pity, and a longing for the song’s narrator to feel better, rather than repelling us is a testament to Carsey’s talents. She makes a shrewd decision keeping things focused and limiting the song’s running time. These are intense, unwieldy emotions Carsey is wrestling with and gambling on an audience willing to hear her grapple isn’t smart.

People who love music that feels “lived” rather than merely performed will gravitate to Carsey. It has that cathartic aspect in spades, but the melodic component of the song is equally memorable. It says a lot about a singer/songwriter when they can accomplish so much with a stripped down, even skeletal, sound such as this, but Carsey makes it sound off-handed, easy. She’s served, as well, by first-class collaborators who frame her efforts in the best possible light.

Leading the way, naturally, is production. One might think that a producer’s mandate isn’t much when the instrumentation for a recording is minimal. This isn’t correct. Finding the perfect sound corresponding to what an artist hears in their mind is as much as an art with a singer and a guitar as it is with a full orchestra; only the application is different. The warm clarity of the song’s sound leaves everything exposed – in the juxtaposition of the superheated emotions burning in the song’s lyrics and the gentle, deceptively reassuring lull of the music, there’s nowhere to hide. Brenda Carsey’s new single is a powerful reminder of her gifts and you certainly won’t be sorry for hearing it.