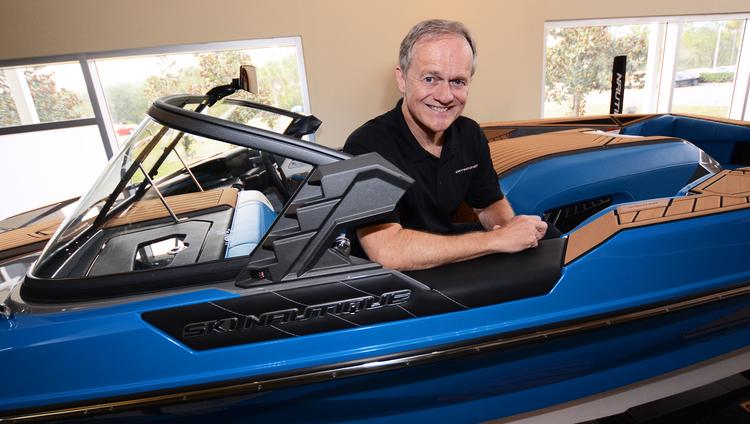 Move over Donald Trump and Bill Zwanker’s Think Big and Kick Ass: In Business and in Life, a decidedly more altruistic take on the subject is Bill Yeargin’s Making Life Better: The Correct Craft Story. Marrying together themes of family, faith, successful entrepreneurial principles, and dare I say it – character – Yeargin is able to make what could be a more intellectually exclusive read accessible to the widest possible audience.

That in and of itself is to be seriously commended, let alone Yeargin managing to balance the tricky feat of being able to pace the book akin to a novel. Fiction and nonfiction literary tactics often are akin to the juxtaposition between oil and water. It’s tough to marry them, let alone make them feel naturally cohesive. Yet Yeargin pulls it off, and with gusto. A core example of this is how he traces the origins of the boat-building company Correct Craft, from cradle to pedestal. “Despite the region’s many beautiful lakes, the Florida Variety Boat Company made few ripples in the industry during those early years, but its founder had a knack for promotion and he put that talent to work. During the late 1920s, to supplement the manufacturing side of the business, (founder) (Walter C. Meloon) introduced a variety of water sports to the public,” he writes. “Towing his sons behind his powerboats in gliders, aquaplanes, and water skis, W.C. generated valuable publicity for his boats.

Many of these exhibitions were held on Lake Ivanhoe, near downtown Orlando. The family even put on water ski shows up the East Coast and all across the Deep South, through Tennessee and the Carolinas. These shows attracted buyers to the Meloons’ boats and helped W.C. establish a reputation for innovation…It’s notable that W.C.’s greatest promotion, waterskiing, indirectly led to the Meloons playing a part in the birth of both show skiing and tournament skiing. The old saying ‘Necessity is the mother of invention’ was clearly at work here. By 1936, the company’s primary focus was constructing powerboats. After hearing a shoe advertisement on the radio exclaiming ‘The correct heel for your shoe,’ W.C. thought, why not ‘The correct craft for you?’ and the rest is history. Shortly thereafter, the company name was changed to Correct Craft, and incorporated in 1947.”

This is also evident in how Yeargin traces the origins of Correct Craft, from its inception in the ‘30s, towards its evolution in present day. “Two years into the twenty-first century, Correct Craft began a transformation that would forever change the company. For more than seventy-five years, a Meloon had presided over America’s oldest family-owned boat building company.

Then, in 2002, W.N. Meloon stepped down and the corporation was led by five different CEOs over five years. For close to a year during that time, Correct Craft was managed by the board’s executive committee as they struggled to find the right leader,” Yeargin writes. “This time of transition was perhaps the greatest test of the company’s resilience to date; but progress never stopped. Nautique continued to lead the ski/wakeboard segment of the industry in overall customer satisfaction. And despite the financial losses suffered through Hurricanes Charley and Frances in 2004, Correct Craft carried on. Manufacturing up to 2,300 units a year across eight different ski and wakeboard models, the company continued the traditions that made it a success.”