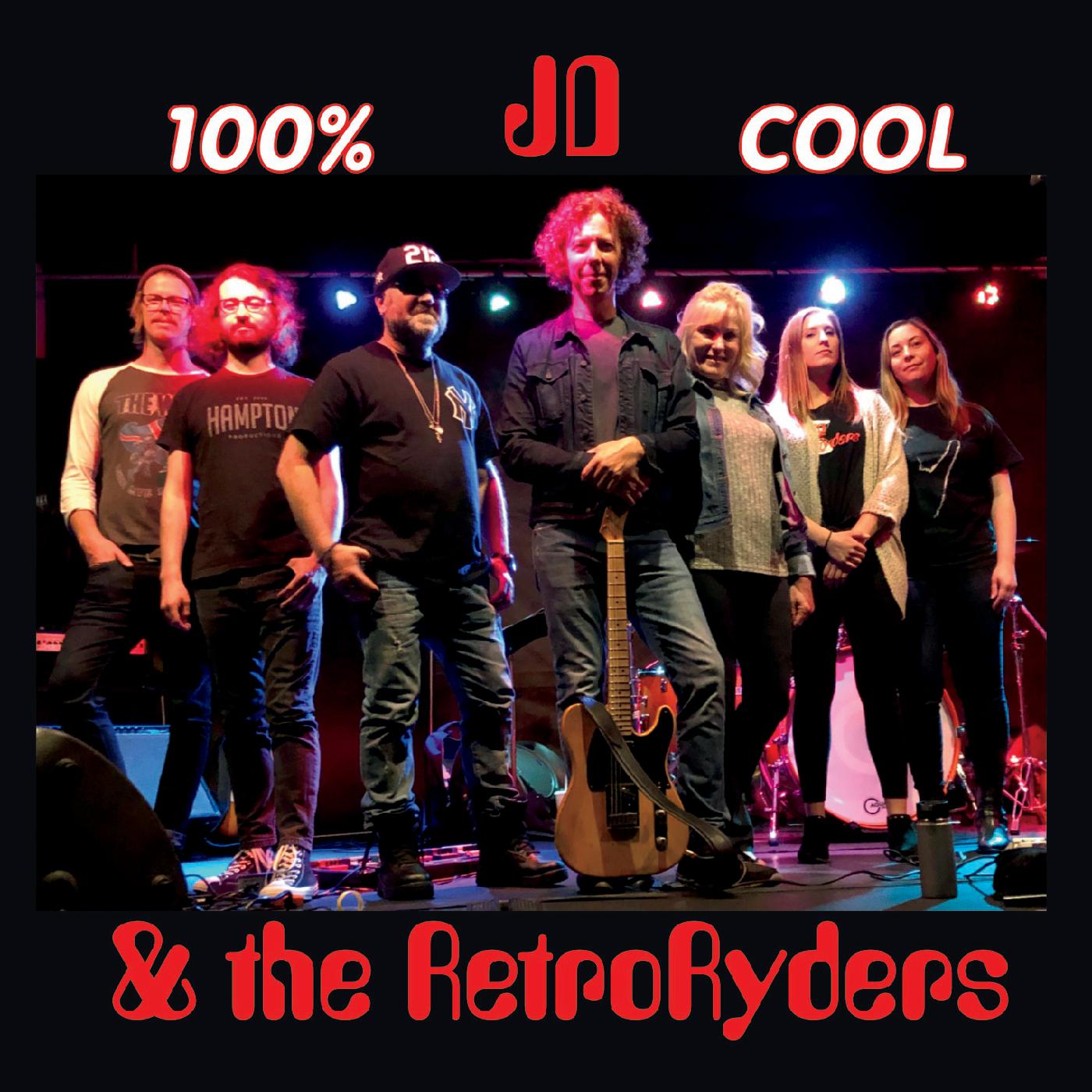 JD & the RetroRyders aren’t playing out old formulas and watered-down concepts based off of their idols’ greatest hits in the explosive in EP 100% Cool. There are no big props, filler nor any synthetic harmonies to adorn simplistic lyrics of love and loss upon. In tracks like the record-starting “It It’s Out There It’s Mine,” blustery “Real to Me” and Thin Lizzy-style “So Far So Good,” this band is putting way more stock in the power of guitar worship than they are any of the poses that come with trying to fit in with the mainstream pop crowd. This group isn’t trying to be anything they aren’t – in other songs like “Destiny,” “When She Cries” and “Rock n Roll Now,” they display an honest vulnerability in their lyrics that tells me they’re far from hung up on theatrics or overindulgence of any kind. Employing melodies as frequently as they do versatile riffing and poetic substance when trying to make a point to their audience, JD & the RetroRyders break off a must-listen extended play in 100% Cool that doesn’t try to change the world so much as it reminds us how to rock the way we were always supposed to.

There’s not a lot of oomph to the percussion in “So Far So Good,” “If It’s Out There It’s Mine” or “Rock n Roll Now,” but with the size of the guitar-focused grooving in the foreground of the master mix, there really doesn’t need to be a lot of extra kick in the drums. JD & the RetroRyders are careful to avoid a lot of the pitfalls that come with weighing down a record with a ton of somewhat unnecessary fireworks here, and though the lyrics aren’t always as expressive as the harmonies carrying them forth are, none of this material is indulgently artsy at all. Multidimensionality is the key ingredient in this band’s recipe for hard rock success – much like the icons that came before them – but they’re making sure not to overextend any of the elements that they so clearly know how to manage better than most players in the game do nowadays.

I haven’t seen this band live, but I get the feeling that a lot of what’s being presented to the world in 100% Cool is just a taste of what JD & the RetroRyder’s stage experience would probably sound and feel like. Though dominantly muscular around every one of its many twists and turns, this extended play has a lot of different layers to it that make me want to hear what these musicians can accomplish with a full-length studio album. They’ve got the right pieces to do some serious damage in the rock underground at the moment – especially when taking into account just how overwhelming a lull the American indie circuit has been experiencing lately – and in time, I think they can be trusted to put them to good use in an LP. If one thing is clear when listening to 100% Cool, it’s that this is just the beginning for JD & the RetroRyders.