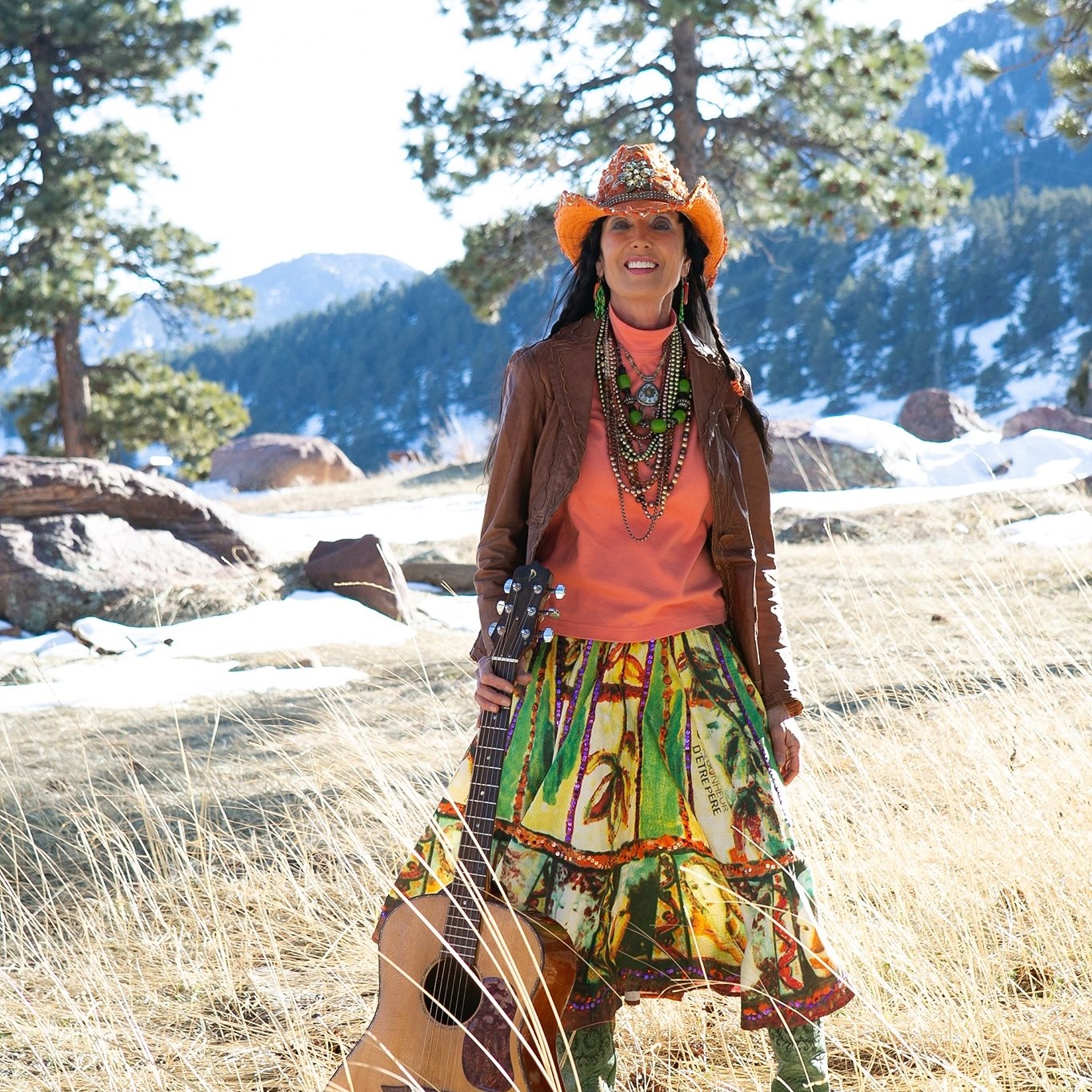 Whether it be the whisper of the wind on an early morning in the mountains or the retracing of memories back to a forlorn coal mine lost to the sands of time, the imagery that Barbara Jo Kammer is dealing with in her new album Big Blue Sky in the Morning is perhaps as diverse as the American backdrop she takes so much inspiration from. In her covers of “Cattle Call,” “Carnival,” “You Gotta Walk That Lonesome Valley” and “Shine On,” Kammer uses her vocal like a paint brush and the background as instrumentation as her canvas, crafting a vivid picture of pastoral life amidst brooding poeticisms that rely less on metaphors and more on unfiltered (and homespun) human relatability. She takes a timeless American melodicism in “Revival,”

“A Perfect World” and “Come from the Heart” and reimagines it through a uniquely Rocky Mountain lens, her Colorado crooning elegantly framing every legendary harmony here rather than the other way around. Those who have heard her work before and listeners just now discovering her for the first time will probably walk away with the same opinion of Big Blue Sky in the Morning in regarding it as one of the best Americana LPs to debut this year.

I love the organic tonality of the strings in “Sister’s Coming Home,” “That’ll Be the Day” and the self-aware “Free Again,” and without their well-produced presentation (thanks to none other than KC Groves, mind you) I don’t know that they would be as memorable a trio of covers as they are here. The lone original song from Kammer on Big Blue Sky in the Morning, the title track, fits in quite well with the other material despite its stylistic differences with some of the looser bluegrass content like “Free Again” and “A Perfect World” with Greg Blake. Her songwriting is the right caliber to sit beside these compositions, and that alone speaks volumes about her depth and character as an artist. There are subtle allusions to a countrified attitude in “That’ll Be the Day,” “Cheap Whiskey” and “Shine On” that I would like to hear more of in a future group of songs, but no matter how you break this record down, it feels like a really mature and collected sampling of its creator’s personality.

Although I might not have known very much about Barbara Jo Kammer before I sat down to hear Big Blue Sky in the Morning just the other day, I think I’m going to be seeing her name come up a lot more often in folk, bluegrass and Americana circles this year on the strength of what she’s done here. While it’s difficult to predict what style of harmonies we’re going to be hearing in this tracklist as we move from one song to the next, Big Blue Sky in the Morning is nevertheless one of the more cohesive roots records I’ve reviewed in the past year. I want more from Kammer sooner than later, and after you hear it for yourself, I believe you’ll understand why.