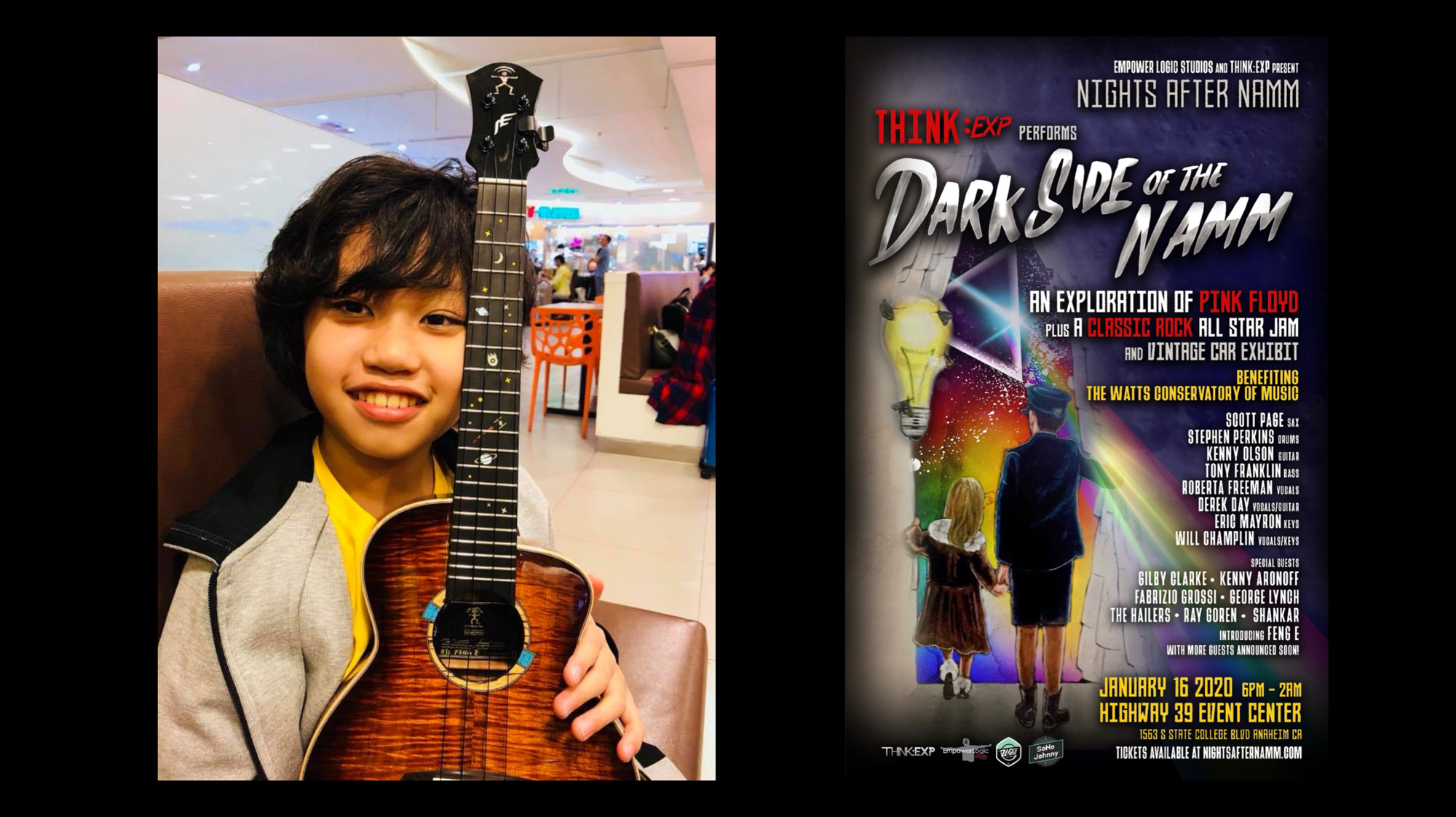 Feng E, the global 12 year old ukulele virtuoso will be performing at “Nights After NAMM”on Thursday 1/16/20 in Anaheim, California. Feng E, the Taiwanese Ukulele Master began playing at age 5 because his father was told that his finger development was slow. Feng E’s dad introduced him to the ukulele and while he resisted learning his father’s threat of never playing LEGO with him convinced him otherwise. Now at age 12, Feng E has won competitions all over the world, has a video of himself playing “Classical Gas” with over 20 million views, has reached the finals in “Asia’s Got Talent”, and has appeared on “The Ellen DeGeneres Show.” He has mastered 5 instruments and is on his way to NAMM to represent a major ukulele company, and of course has been invited to perform with Think:EXP as a featured guest at “Night’s After NAMM.”

The show takes place on Thursday, January 16th at the Highway 39 Event Center, mere blocks away from the Anaheim Convention Center. Dark Side of the NAMM presents the music of Pink Floyd with an all-star lineup including Scott Page of Pink Floyd, Stephen Perkins of Jane’s Addiction, Kenny Olson of Kid Rock’s Twisted Brown Trucker Band and the Hendrix Experience, Tony Franklin from Jimmy Pages’ The Firm, and a rotating cast of surprise special guests. Following 70 minutes of Floyd, the cast will open up the stage into a classic rock super-jam with some of the greatest musicians in the world, featuring Gilby Clarke of Guns ‘N’ Roses, George Lynch of Lynchmob, Kenny Aronoff of John Cougar, Fabrizio Grossi of Sonic Blues Machine, and much more to be announced. Lasers, projection-mapping, high-tech visuals, and rock-star caliber performances promise the latest and greatest in immersive entertainment.