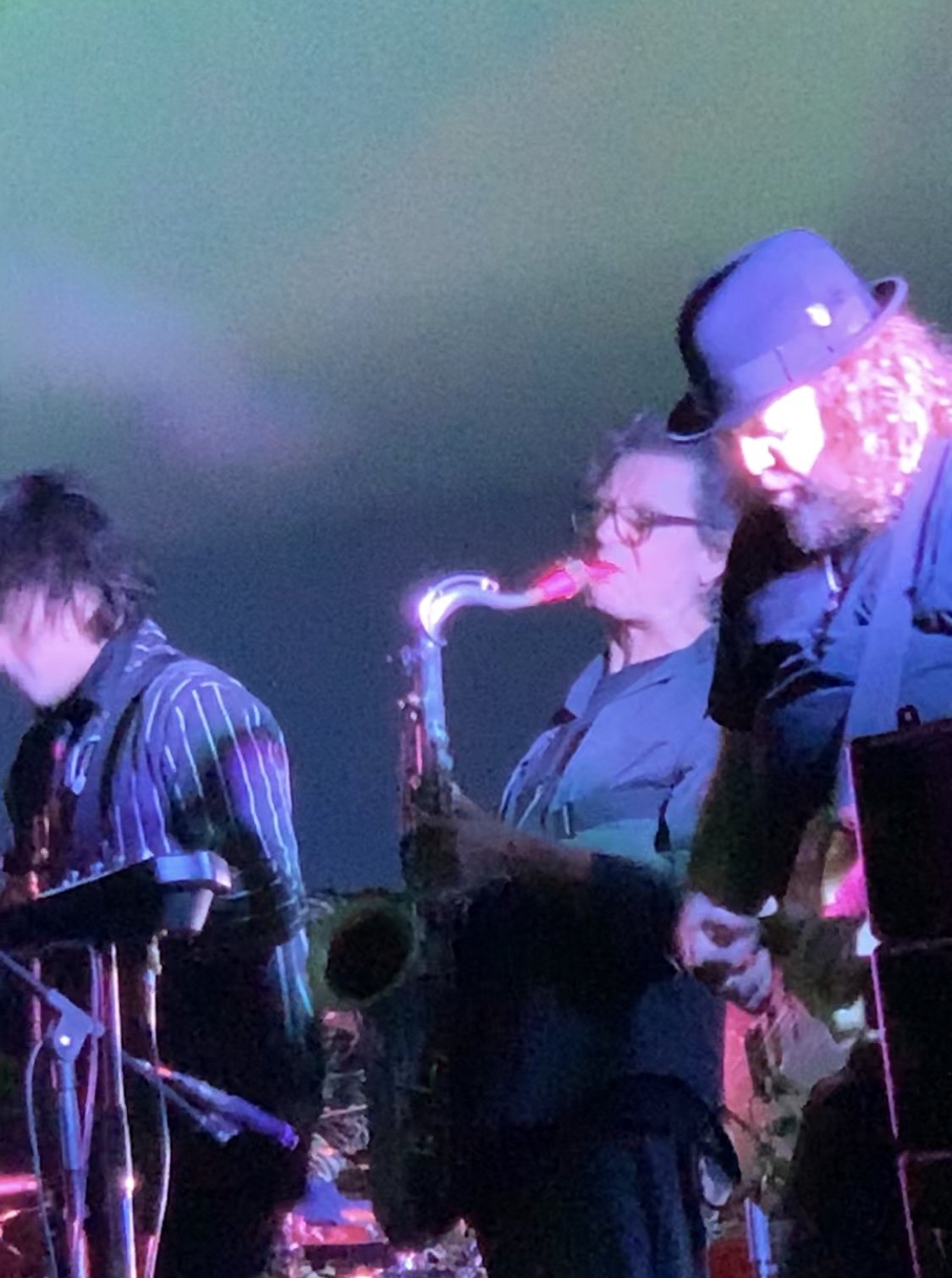 RELENTLESS: Think:EXP has no beginning and no end, it’s a life force, it’s the very pulse of life itself…..this concert belonged in the hands of the people as well as the rock stars.

Think:EXP was created by Scott Page, technologist, entrepreneur, prophetic visionary. Musically, Page is the saxophonist and guitarists of Pink Floyd, Supertramp, and Toto.”Think:EXP strives to bridge the Gap between the human spirit and technological innovation with one of a kind life immersive concert experiences.”  Page mobilized a supergroup, a pentagon of world class musicians including: Stephen Perkins, drummer from Jane’s Addiction, Kenny Olson, guitarist and founder of Kid Rock’s Twisted Brown Trucker Band and lead guitarist of the touring Hendrix Experience, and Tony Franklin, bass player for The Firm, Whitesnake, Jimmy Page, David Gilmour, Kate Bush and a host of others. Also featured in this Experience is Roberta Freeman vocalist for Guns N’ Roses, Pink Floyd, Joe Cocker, and Mary Wilson, Eric Mayron keyboardist for Dr. Dre, John Stankorb, guitarist and vocalist, Carol Hatchett, vocalist, Yolanda Thomas, vocalist, and the exhilarating new guitarist and vocalist Derek Day. The decadent faction is on a mission to create immersive experiences by reimagining the classics, in this case the music of Pink Floyd, as they ventured “Beyond the Wall.”

Set in a 360 degree dome, draped with miles of sofa-type lounges directed upwards, and fringed with a sold out, diverse community of people, “Beyond the Wall” is a futuristic fantasy and artistic journey into the realm of virtual reality. Vibrant displays of kaleidoscopic revelations of energy and illusions shaped the picturesque bursts of multi-chromatic stories as they cascaded down the ceilings and walls. Medieval and spiritual flashes of panoramic invasions danced upon essence of the music offered by the greatest musicians on the planet. Reminiscent of the power behind the phenomenon of gravitational force, Think: EXP is unstoppable, unchallengeable and unforgettable.

Stretching the innovative technological limit, the Think:EXP conglomerate is selling interactive clothing. Built into their T-Shirt merchandise is an interactive chip, produced by a company called, “Tap2Interact,” that with the tap of a phone takes you to anywhere from websites to augmented reality. The shirts are artist designed and manufactured from recycled plastic water bottles, and are benefitting the creation of the Watts Musical Conservatory.

Aside from the technical aspects of the virtual reality show, the music is an addicting, spiritual coercion that demands conscious awareness and recognition. Kenny Olson defies the law of lead guitar playing like an explorer seeking not to possess what’s he’s after, but one that makes himself part of all possibilities. Derek Day filled the arena with an electrifying ambiance that heightened the band to a magnetic level with edgy guitar riffs and his intoxicating vocals. You kept wishing for more of him, like one’s own personal blend of heroin. No one can argue the drumming brilliance of Stephen Perkins, whose zany and exuberant personality translates to his incredible drumming style. Roberta Freeman’s salacious and soulful vocals, along with Yolanda Thomas and Carol Hackett filled the room with a heavenly reverence. Scott Page makes that saxophone feel like an outer body experience. He makes the instrument seem human. A quote from Joy Harjo best describes the way Page plays, “The saxophone is so human. It’s tendency is to be rowdy, edgy, talk too loud, bump into people, say the wrong words at the wrong time, but then you take a breath all the way from the center of the earth and blow. All that heartache is forgiven. All that love we humans carry, deep sound and we fly a little.”

The celebration of Think:EXP was nothing less than euphoric. It was the quintessence of fun and entertainment infused with the wizardry of technology and the spirit of true artistry. Watch for Think:EXP in the upcoming weeks ….